An article published in Sunday’s New York Times (“Fabled Spiritual Retreat Debates Its Future”) uncovered a schism at Esalen Institute that has been brewing for most of its fifty years. Over its lifespan, the legendary retreat on the central California Coast has been characterized as a think tank; spiritual retreat; hot springs spa; educational institution; and crucible for self-actualization. Founded in the 1960s as a place for personalized spirituality, the Institute has long been a haven for the “spiritual but not religious”. For at least a decade, however, people who have dedicated their lives to Esalen and its utopian visions have faced-off against individuals who want to change its financial model and make it into a spa that would be attractive to new constituencies. 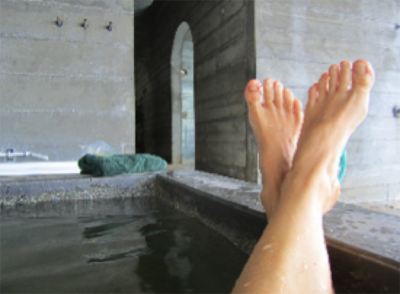 Sociologists can rarely predict the future, but I was able to describe the mounting tensions and anticipate the current conflicts—and did so in my book, The American Soul Rush. Because this portrait could be interpreted as ‘unfavorable’ to Esalen, individuals associated with the current management informally banned the book and used Amazon reviews to encourage people not to read it. And some long-time community members felt that I had not fully captured their standpoint.

At least Esalen is in the news once more, as it was in the late sixties, appearing in the New York Times, Life, Newsweek, and even on The Tonight Show with Johnny Carson. As with many other California stories, the crux of the matter may be real estate. Esalen occupies a coastal stretch that is extraordinarily gorgeous and stupendously expensive. Back in the sixties, when its founding generation was young, beautiful and wild, there were handshake deals in the hot springs and generous gifts for buildings and land made under the influence of psychedelic drugs. Some people remember those agreements; others may have chosen to forget them. In the 21st century, money at Esalen is short—and so is trust. Ultimately, it may be attorneys who interpret the dreams that built the ‘human potential movement.’

Marion Goldman is Professor of Sociology and Religious Studies at the University of Oregon, and author of The American Soul Rush: Esalen and the Rise of Spiritual Privilege.

3 thoughts on “Interpreting the Esalen dream”