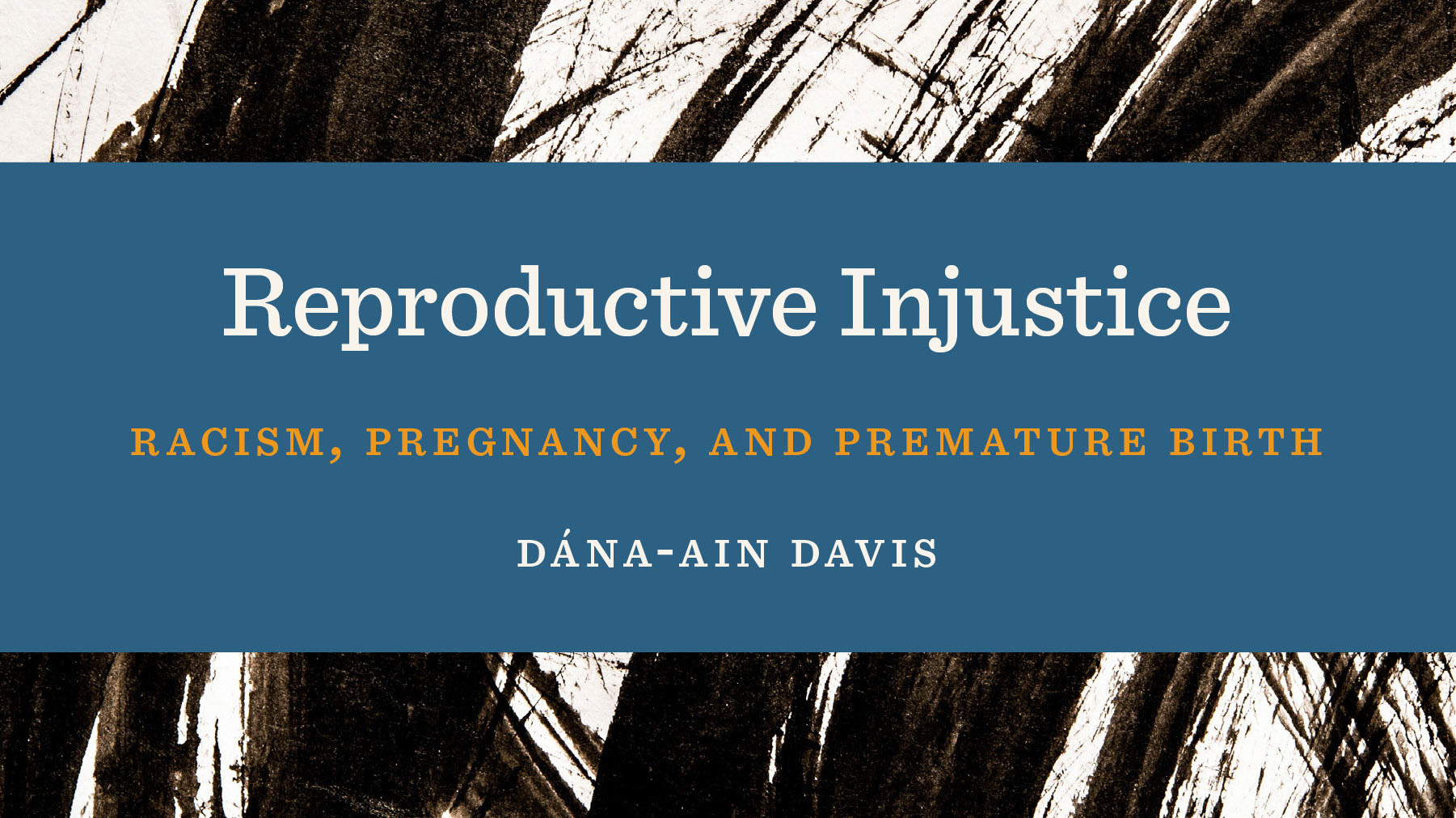 Every year the March of Dimes posts the Premature Birth Report Card and in 2018 the rate worsened for the third year in a row. The rates were even more startling when analyzed through the lens of race. In the US, Black women have the greatest preterm birth rate than any other group of women. Race is often viewed as a risk factor for adverse birth outcomes. But what about racism?

In my new book, Reproductive Injustice: Racism, Pregnancy, and Premature Birth I explore how Black mothers (and some fathers) give meaning to the medical encounters they have leading up to and after their premature newborns are admitted to the Neonatal Intensive Care Unit (NICU). What many of them describe is that racism is woven into the fabric of their experiences with medical professionals and they wonder about the degree to which racism plays a part in the outcome of their births.

For Black women, the realities of adverse birth outcomes have a long history. Indeed, the rates of Black infant mortality—which is often a consequence of premature birth—has been two the three times higher than for white women since the 1850s. Black women’s birth outcomes are a crisis and this book explores the historically constituted ways that the medical profession and racial ideologies have migrated from the past to the present. What that means is that Black women’s reproduction is susceptible to being viewed and addressed based on racist ideas. Some of those ideas are that they can, withstand pain, or are not capable of understanding medical determinations about their care. Or, that they do not take appropriate care of themselves and place the health of their potential children at risk—especially if they are poor or low-income. However, what does it mean when women with access to resources have the same outcomes?  Are there particular ways in which, across class, Black women have both similar birth outcomes and medical encounters? As it turns out, the educated and professional women interviewed had similar kinds of interactions with medical professionals as did the lower-income and poorer patients that some doctors and nurses told me about.

I interviewed nearly 50 people – parents, neonatologists, ob-gyns, labor and delivery nurses, neonatal nurses, March of Dimes administrators, midwives, doulas, and reproductive justice advocates in order to understand what it feels like to be on the other side of a medical encounter in which racism haunts the interaction. What they described was that racism emerges in a number of ways, from the way people are judged as parents, to the way medical professionals do not attend to the concerns a pregnant person may have, to being dismissed, to not being numbed during certain procedures, to being viewed as being able to deal with pain or adverse circumstances.

This book shares the birth stories of 17 parents and the analysis and observations of medical professionals, public health administrators, and birth workers. It highlights parents’ experiences in hospital and clinic settings, in the Midwest, Northeast, West, and the South. Some of the parents relived their experiences reaching back to 30 years ago and as recently as 2017. What was striking was that no matter when they were pregnant or where they lived, the specter of racism was often (not always) present. One mother said that when her twins—a boy and a girl—were born at 26 weeks she was told by NICU personnel that Black babies are strong and survive. After one of the infants died, she said, “If I were white with blond hair I bet my son would be alive.” She lamented that because her children were Black, they were not viewed as fragile.

Then there are the stories told to me by reproductive justice and birth advocates, doulas, midwives, nurses, and even doctors about how Black women were often treated differently—accused of being bad parents, viewed as being too demanding, viewed as incompetent and with suspicion. They also are more likely to have a cesarean delivery, which can result in many problems.  Just recall Serena Williams’ story, or the story of Kira Johnson. Serena did not die, but there were major complications. Kira Johnson did die after her c-section.

The crisis of Black infant and maternal adverse births is one that is bringing together birth workers, doulas, and midwives. Those interviewed for the book are part of a movement to ensure that people receive the care they require in order have the births they want.  They understand the necessity of support systems during pregnancy, labor, birth, and post-partum and see their role as advocates, care givers, and providers who must work on behalf of people who are vulnerable to the control of the medical systems. They often intervene to minimize the over-medicalization and mistreatment of Black women. 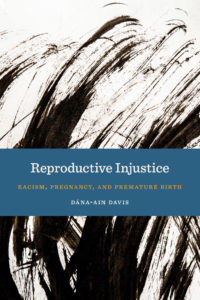 Dána-Ain Davis is the director of the Center for the Study of Women and Society at the Graduate Center, City University of New York and teaches in Anthropology, Women’s and Gender Studies, and Urban Studies.  In addition to Reproductive Injustice: Racism, Pregnancy, and Premature Birth (2019), Davis is the author of Battered Black Women and Welfare Reform: Between a Rock and Hard Place (2006), co-editor with Shaka McGlotten of Black Genders and Sexualities (2012); co-editor with Christa Craven of Feminist Activist Ethnography: Counterpoints to Neoliberalism in North America (2013); and co-author with Christa Craven of Feminist Ethnography: Thinking Through Methodologies, Challenges & Possibilities (2016).