This St. Patrick’s Day, check out a few books on Irish and Irish American history you might have missed! Browse the eBooks below to find studies on Irish nationalism, Irish-American soldiers in the Civil War, the relationship between New York’s Irish and Italian immigrants, and more. Get each eBook for just $1.99 through the end of March!

Offer good through March 31, 2021, only available through US retailers 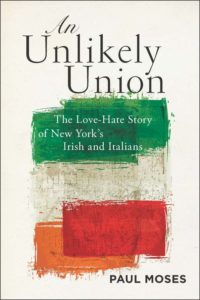 The Love-Hate Story of New York’s Irish and Italians

“In this lively history of the clashes, compromises, and eventual bonding between two feisty immigrant groups, Moses looks at Irish and Italian expressions of religion, social customs, and family life; access to political power; competition for jobs; and cultural forces that shaped their images…A brisk, well-researched look at a significant part of New York’s boisterous past.”—Kirkus Reviews 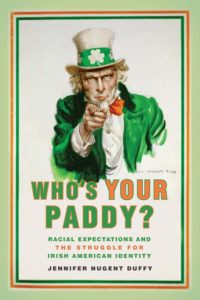 Racial Expectations and the Struggle for Irish American Identity

“Jennifer Nugent Duffy’s impressive ambition is to address often-overlooked differences in perspective among the Irish in America and examine the disagreements that result. Duffy’s account configures a three-cornered fight featuring Irish American ethnics, an intermediate group of Irish immigrants from the 1950s, and the more recent arrivals of the last thirty years. With salient distinctions that follow up on earlier accounts of immigrant-ethnic tensions in Irish America during the 1990s, the author attributes such antipathies to two superstructural factors: the international rise of neoliberalism and the whiteness-studies notion of Irish American ethnicity as a & race-based tradition.”—Journal of American History 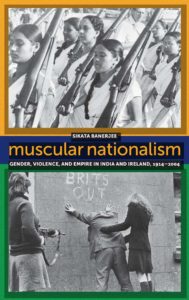 “Muscular Nationalism is so gritty and smart. Sikata Banerjee reveals how in both Ireland and India a nationalized masculinism has relied on controlling ideas and practices of femininity. This is feminist analysis at its sharpest.”—Cynthia Enloe, author of Nimo’s War, Emma’s War: Making Feminist Sense of the Iraq War 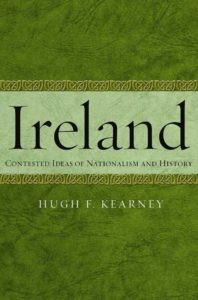 Contested Ideas of Nationalism and History

“This varied collection of Hugh Kearney’s ruminations on Irish history and the troubled course of Irish historical writing will shed much light—and perhaps also some heat.”—The Historian 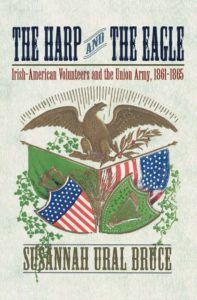 The Harp and the Eagle

“Professor Susannah Ural Bruce’s remarkable – and highly readable – study explores the complex political and historical motives that sent 150,000 Irish Catholic soldiers into the ranks of the Union Army during the Civil War. For the majority of Irish soldiers the cause of the union was inextricably linked to the cause of Irish independence and Bruce’s wide ranging study paints a complex and evocative picture of the network of alliances and experiences that animated Irish participation in the war effort. Recommended.”—Irish Voice 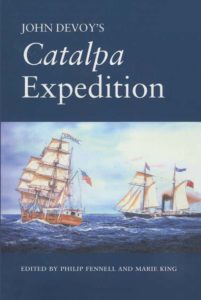 “For the Irish and the Americans, for the historian and for the political analysts among us, [John Devoy’s Catalpa Expedition] is a work brimming with relevance and meaning. Few will want to miss an opportunity to have it on their shelves”—The West Australian Newspaper

“Its a story of rescue from the high seas as Pawling residents Philip Fennell and Marie King take readers to 1876 and the voyage of the Catalpa. John Devoy and his crew had a daring mission in mind: rescue six Irish political prisoners from the Australian coast and, in one bold move, inspire millions of Irishmen and Irish Americans. The story is gathered from the personal diaries, letters and reports from those involved in the maritime adventure.”—Poughkeepsie Journal