Earlier this month, the NYT’s “Room for Debate” blog featured a thoughtful discussion on the Miss America pageant and its role in today’s society. Now that this year’s pageant is over, we asked Megan Seely, author of Fight Like a Girl: How to Be a Fearless Feminist, to weigh in on the controversy in light of recent racial backlash faced by its first Indian-American winner. Read her piece below. 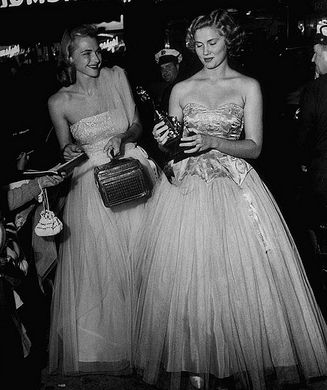 I often hear the Miss America pageant defended as a great source of scholarship funds. Indeed, it is said that this year’s winner will receive about $50,000 in scholarship money. But given the fact that women receive fewer academic and merit scholarships than their male counterparts, despite overall higher grades; and despite the fact that there are fewer role models for women and girls in education particularly within Science, Technology, Engineering and Math (STEM); and despite the fact that women continue to confront pay inequity once they are in their jobs and careers, it is offensive that we defend and celebrate a ‘scholarship program’ whose main requirement is women meet a specific and narrow definition of physical beauty.

Some have recently argued that there have been gains for women of color, citing the very small handful of women of color who have been crowned. It should be noted that we have never had a Latina Miss America or a transgendered Miss America. And until the 1930s the official rulebook of the pageant required contestants to be “of the white race.” A rule that might officially be gone today, but is clearly still expected, judging by the blatantly racist response to the 2014 winner, Nina Davuluri.

There are women who love the pageant. There are participants who defend and celebrate what Miss America has meant to their lives. They argue choice in participating or watching or believing in the pageant. I don’t mean to dismiss these perspectives. But I do question, what is choice, in a culture that so deeply holds and reinforces a beauty standard that is then required for participation in the pageant?  Miss America deviates little from the thin, tall, heteronormative, and more than not, white ideal of beauty. Though there are a few who have successfully challenged the whiteness of the pageant, very little has changed. If we teach women and girls that their value is in their physical appearance, then it is no wonder that many turn to Miss America for validation.

I would hope that the winners would use their public platform to create change and impact the world.  But changing the pageant and the culture in which it exists is a far greater challenge. While women of color who become Miss America certainly defy the stereotypes of American beauty, they often do so while reinforcing the expectations of body size and appearance. There is still little, if any, diversity in regards to all races, ethnicities, cultural identities, body sizes, genders, sexualities, ages and abilities.  As long as this remains true, and as long as all women do not see themselves routinely represented and valued in every aspect of society, then we cannot justify the existence of this overtly misogynistic institution. Even if we celebrate the few women who have managed to stand out within it.  We cannot ignore the negative and harmful impacts this event has on thousands upon thousands of women of all ages who struggle to find their worth in a culture that emphasizes and rewards women’s physical appearance above all else. Girls are watching; we owe them more.

Megan Seely is a third wave feminist and activist, and author of Fight Like a Girl: How to Be a Fearless Feminist (NYU Press, 2007). She lives and teaches in northern California.

3 thoughts on “Is the Miss America pageant good or bad for women?”