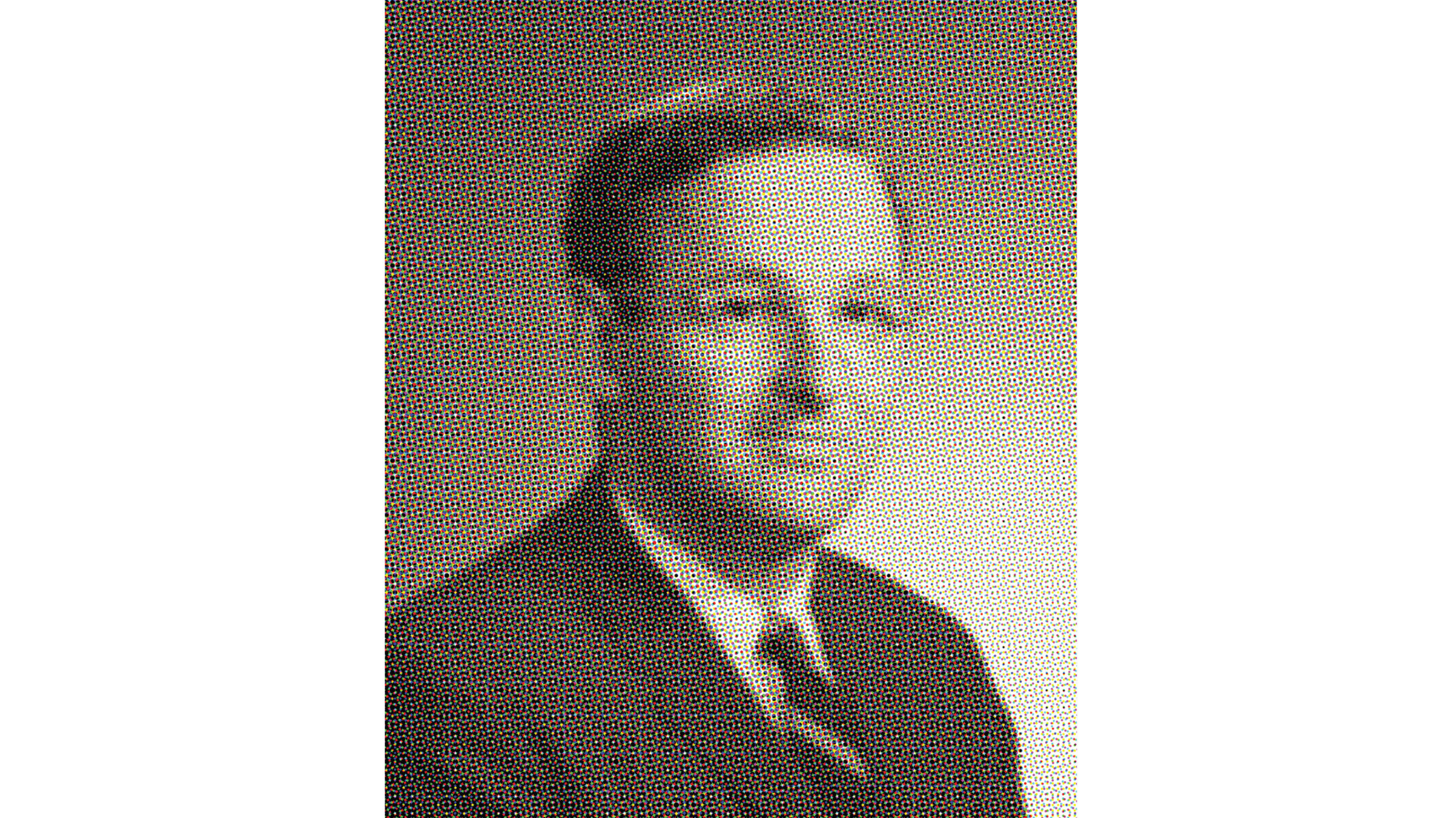 Jacob Neusner, whom many consider to be among the most published academics in history, passed away on October 8 at the age of 84. In addition to his herculean publishing feats, his political conservatism, his mercurial personality, and what he liked to call his “punch-in-the-nose” prose, Neusner devoted his life to integrating the study of Judaism into the American Humanities. Needless to say, many of these constituent traits put him at loggerheads with the larger Academy in which he found himself. He abhorred its political correctness, which he argued created intellectual laziness, and that he felt indulged ethnic studies, of which he included Jewish Studies.

I thought that rather than fete his life, recounting his many contributions and accomplishments, it might be nice to focus on some of his tensions with and in the Academy. All of this, in other words, is by way of asking: What, if anything, has changed in our post-Neusner world?

Neusner abhorred insider-clubs. Because of this he hated Area Studies in the university. This is perhaps paradoxical: How could a name synonymous with the academic study of Judaism, or Jewish Studies, be so critical of Ethnic Studies? The answer is simple. He never saw himself as working in Jewish Studies per se, but rather imagined himself as a scholar of religion who happened to work with Jewish data. This is a crucial difference. If the former lacks a coherent methodology other than the fact that if Jews wrote something it must be important, the latter seeks to justify why and how something is important in a larger intellectual framework. This is one of the reasons that Neusner always had such a tense relationship with the field, Jewish Studies, which he pioneered. Although he regarded himself as a scholar of religion, the fact that he worked with a Jewish dataset meant that the academic world simply lumped him into the categorical box of “Jewish Studies.”

Area studies, for him, signaled ethnic “safe spaces” that masqueraded as centers of intellectual inquiry. When specific ethnic, racial, or religious groups gravitated to courses taught from insider perspectives inevitable problems would ensue. He liked to call such enclaves the “new” Humanities, by which he meant the insular study of minority and ethnic groups based on identity politics as opposed to pre-existing disciplinary structures, what he called the “old” Humanities. While his political conservativism certainly shows itself here, we have to realize that, as a Jew, Neusner was certainly aware of the white, Christocentric, and male nature of the traditional canon in the Humanities—a canon that traditionally made no room for Jews, women, or other minorities.

Neusner certainly practiced what he preached. He changed the larger field of Religious Studies by forcing its categories to expand to include post-Biblical Judaism. In so doing, he successfully expanded our sense of the Humanities to include Judaism after the time of Jesus and to comprise Jewish texts other than the “Old” Testament. The canon of Western civilization would now have to include, thanks to his single-handed efforts, previously excluded works such as the Mishnah, the Talmuds, and other works of formative Judaism. Others, he argued, had to make the same case that he had.

Jews, he reasoned, had to make a case for their inclusion on both intellectual and aesthetic grounds as opposed to reverting to some inner core of identity that they perceived to be special and that they sought to validate by excluding others. Since he had successfully expanded this traditional model to include Judaism, others—African Americans, First Nations, Latinos and Latinas—had to do the same.

Neusner was convinced that Area Studies were ill-equipped to deal institutionally with inclusion. For him, they represented intellectual wastelands. Instead, he argued that we needed to expand the established canon of humanistic learning. This meant that well-entrenched disciplines now had to take into consideration the narratives and contributions of these traditionally excluded others. No self-respecting department of History, for example, could simply concentrate only on American and Western European history. Instead, they now had to make room within their curriculum for African, Asian, and Middle-Eastern history, among others. The same is the case for Literature, in which catalogues had to be expanded to teach not just great American and European literature, but now also had to include Afro-American and Latin American literature. The same is also true for departments of Religious Studies, which could no longer be content simply teaching about Christianity (which included, of course, the “Old” Testament), but now had to make room for religions of the East, in addition to Islam and Judaism.

I do note the problem endemic to this argument. Neusner fails to acknowledge, as so many conservatives do, the postcolonial critique of hegemonic narratives. He assumed that disciplinary frameworks would simply expand and change for the better. I am not convinced this is the case and the fault may very well lie at the feet of the so-called “old” Humanities.

Neusner’s criticism of the way that many conceived of Judaism is illustrative. When Judaism is framed solely by its own internal terms of reference, it becomes divorced from larger and more entrenched disciplinary frameworks and methodologies. This has the potential to gravitate toward “insider” perspectives, which do not have to be reasoned or articulated, only felt. “Professors of Jewish Studies,” he argued, “routinely assume that most of their students will come from Jewish families, whole or in part. And they orient their instruction to one notch above quality of most extracurricular synagogue schools. They dwell on ethnic resentment and its quite reasonable provocation, the Holocaust.” Despite the fact that this should be obvious to all, he was amazed that the Academy let this happen in its midst. He never failed to excoriate both colleagues and university administrators for both enabling and celebrating this.

The ideology of Area or Ethnic Studies has the potential to obscure both rationality and universality, two hallmarks of the Academy. Yet, he argued, the Academy is too willing to turn a blind-eye to such atavism in its midst. When this happens, Judaism, for example, no longer becomes teachable to non-Jews, but festers in its own resentment (over, for example anti-Semitism and the Holocaust) and ethnic pride. When special interests are taught over universal norms or applicability, we cease to have an academy and, thus, a shared language of reason. The result is the balkanization of the modern University: Jewish Studies, Women’s Studies, African-American Studies, Latino Studies, Gay and Lesbian Studies, Disability Studies, and so on. Rather than add to the traditional curriculum, such special interests attempt to dismantle it. When this happens, Neusner contends, we no longer “preserve the notions that keep democracy healthy.”

Has anything changed? Like Neusner, let me take the study of Judaism as an exemplum. Last year I had applied for an endowed position in Jewish Studies at a private university in Ohio. When I interviewed for the position I was surprised to learn that a non-academic from the local Jewish Federation was on the search committee. What, I privately asked some of the other members on the search committee, was such a person doing on the committee. I never received an adequate answer and the only reason I could think of was to ensure that the chosen candidate was thoroughly “kosher” when it came to Judaism and Israel. What if I was not Jewish? What if I was the wrong kind of Jew?

Bothered by this, I asked the President and Executive Director of the Association of Jewish Studies (AJS) if there was an official policy on the makeup of search committees, knowing full well that that organization is worried about optics of inclusion. After being told that they would take the matter up with the Executive Board I was informed that they had examined ads posted for other positions in ethnic studies, and that they had observed that some also include community engagement in their job descriptions. While “community engagement” does not bother me—I do it all the time—this still does not address the issue of community members on search committees.

What would Neusner have thought about this? I suspect he would use it as further evidence as to why he considered himself to work in Religious Studies as opposed to Jewish Studies. I also suspect that it would confirm his belief that the AJS functioned as a half-way house for Jews transitioning from the yeshiva world to the academic one or vice versa.

Neusner sought to make Judaism intellectually responsible and to open up its study to both Jew and non-Jew. I worry, as my exemplum above illustrates, that we have failed to live up to his exacting standards. That the AJS still refers to itself as “ethnic studies” after all these years shows us that, in many ways, Neusner was correct in his assessment. If Neusner represents an era that sought to open Judaism up to the larger tools of the Humanities, the study of Judaism again risks appeals to ethnicity and insider-speak.

Aaron W. Hughes holds the Philip S. Bernstein Chair of Jewish Studies at the University of Rochester. He is the author of Jacob Neusner: An American Jewish Iconoclast (NYU Press, 2016).