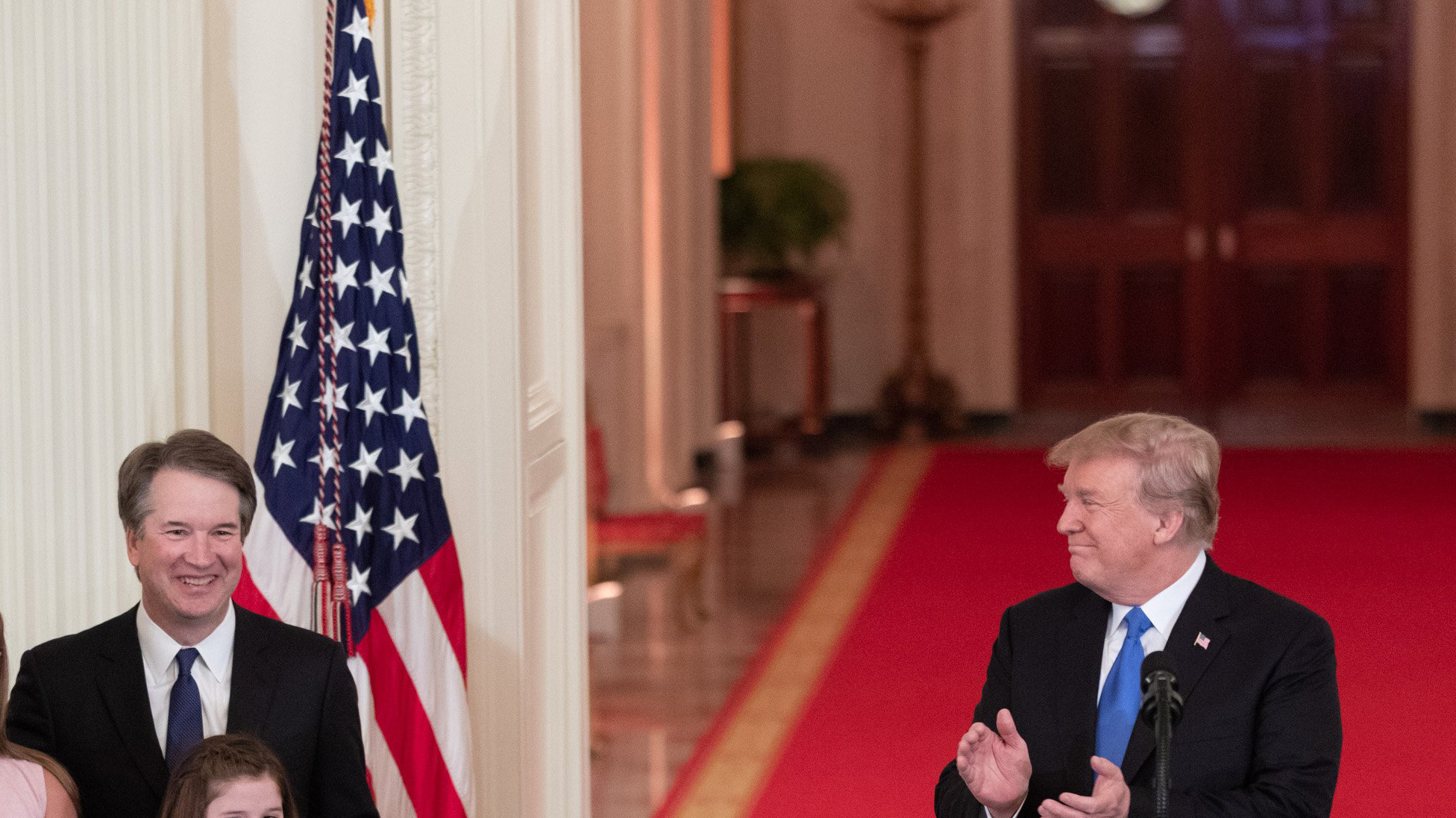 This article was originally published on Constitutionalism & Democracy.

Brett Kavanaugh no longer seems a shoo-in for appointment to the Supreme Court. Kavanaugh has now been accused of attempted rape. Let’s be clear—there has never been a time when rape was just juvenile misbehavior. Rape is and has been a crime for centuries. Nevertheless, I doubt this president will make a better nomination, a point Akhil Amar, an old friend on the Yale Law faculty, made eloquently on these airwaves recently. If the Republicans can put another person on the Court, whoever it is will solidify a majority for repealing a half century of progress on social, procedural and political rights, repealing gay rights, women’s rights, anti-discrimination law and a host of protections against our becoming a police state.

Beyond the question of who Trump’s nominee is or will be, the larger question for both the Court and the country is the impact on the November congressional elections. Control of Congress is crucial not only for its legislative output, but also for eventually retaking the Court.

At the hearings, Kavanaugh invariably responded to questions about his own views with descriptions of prior law, showing only that Kavanaugh could explain the cases, which no one doubted. More interesting were his shifting views about whether it is okay to investigate a sitting president. It seems pretty clear that he believes it’s a bad idea to investigate and prosecute sitting presidents outside the impeachment process. But he hasn’t told us whether it is unconstitutional.

Kavanaugh joined the investigation of President Clinton on matters stemming from his relations with Paula Jones. The civil suit brought against Clinton was eventually dismissed because it did not claim Clinton violated the law. That suit, however, was brought for purposes unrelated to the claims in the suit, namely to conduct fishing expeditions on Clinton until they found something that might be illegal. That’s called abuse of process.

Those questioning Clinton eventually found Monica Lewinsky. By contrast to Trump’s behavior, she was a willing participant. The Republicans went after Clinton because it was sex and in those days Republicans were puritans.

Kavanaugh eventually wrote that defending against the Paula Jones litigation took Clinton’s attention off the growing threat from al Qaeda and similarly weighty matters. So he thought there were good reasons not to sue sitting presidents. But he did not slam the door shut. He expressed no view on the constitutionality of investigations or prosecutions. And he commented that there was always impeachment, which, if it is to be more than a partisan political tool, must be based on investigation to determine what happened.

Unlike the Clinton investigation, the investigation of the Trump campaign is about the violation of multiple laws, both constitutional and statutory—whether Trump’s campaign worked with a foreign country to tamper with an American election and to support that country’s interests in exchange for putting Trump in the White House. Whether or not a president can be prosecuted while in office, the Robert Mueller investigation provides an independent, nonpartisan basis for considering impeachment. Without Mueller, we have only partisanship—a partisan whitewash or a partisan indictment.

So, for Trump to nominate a candidate for a crucial vacancy on the Supreme Court who doubts the legitimacy of investigating a sitting president, looks a lot like deliberate interference with the ongoing investigation. That’s not news, given Trump’s tweets about pardons and remarks about firing Mueller. But Trump’s efforts to control the investigation of his own behavior, making him the judge of his own case, offends a sense of justice. And that is directly relevant to the November elections. This president must have a Congress which is prepared to serve its constitutional function of preventing presidential abuses of power. 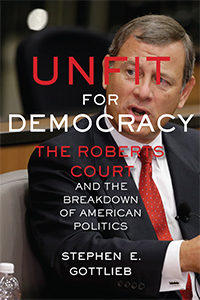 Stephen E. Gottlieb is the Jay and Ruth Caplan Distinguished Professor at Albany Law School. He practiced with a corporate/commercial New York City law firm; served as assistant general counsel, Legal Services of New York; held chairs for distinguished visitors at Akron, Marquette, Cleveland-Marshall, and Suffolk schools of law; and served as a U.S. Peace Corps Volunteer in Iran. Most recently, he is the author of Unfit for Democracy: The Roberts Court and the Breakdown of American Politics (NYU Press).

Feature image is a work of an employee of the Executive Office of the President of the United States, taken or made as part of that person’s official duties. As a work of the U.S. federal government, the image is in the public domain. Taken from Wikimedia Commons on 09/18/2018.

Democracy only works when we vote. Register to vote here. Find information on your local and state candidates here. Locate your polling place here.