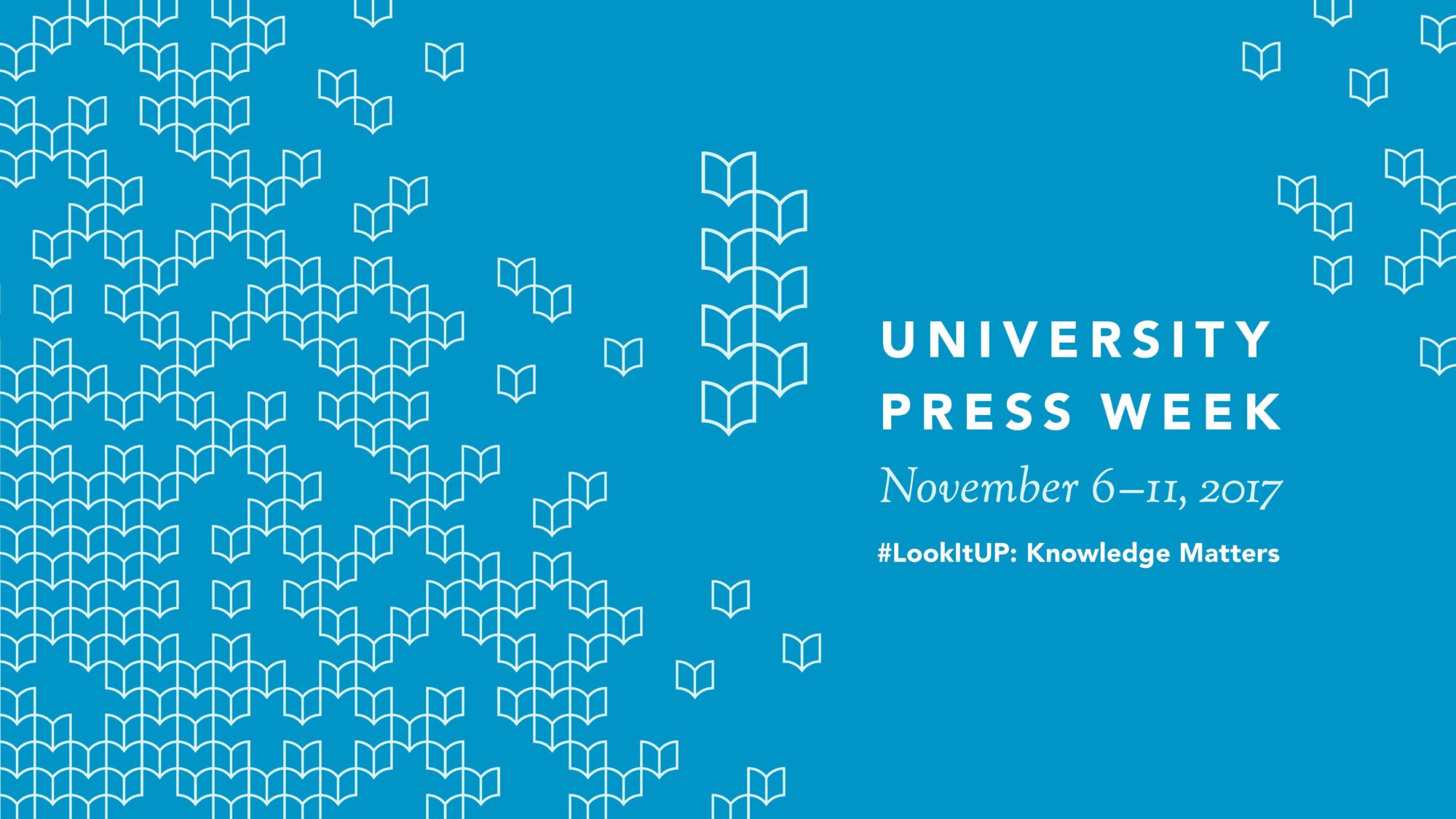 The sixth annual University Press Week (UP Week) takes place from November 6 to 11 this year. This year’s theme is “#LookItUp: Knowledge Matters“, which was chosen in light of our current political climate and the new era of fake news and alternative facts.  In his keynote to the AAUP annual conference in June, veteran journalist Dan Rather declared that “we all must be—and you are—vigilant in renewing our compact with books and deep thoughts…[university presses] offer the antidote to alternative facts and the assault on reason, and do it authoritatively and elegantly.” In celebration of the value of knowledge and expertise,  we curated a selection of books from NYU Press that have added indispensable knowledge to their respective fields, ranging from the examination of the role that dissent has played in shaping the United States to the rise of big data policing.

The Rise of Big Data Policing

Surveillance, Race, and the Future of Law Enforcement

The Rise of Big Data Policing introduces the cutting-edge technology that is changing how the police do their jobs and shows why it is more important than ever that citizens understand the far-reaching consequences of big data surveillance as a law enforcement tool. A must-read for anyone concerned with how technology will revolutionize law enforcement and its potential threat to the security, privacy, and constitutional rights of citizens.

The History of an American Idea

Dissent: The History of an American Idea examines the key role dissent has played in shaping the United States. It focuses on those who, from colonial days to the present, dissented against the ruling paradigm of their time: from the Puritan Anne Hutchinson and Native American chief Powhatan in the seventeenth century, to the Occupy and Tea Party movements in the twenty-first century. The emphasis is on the way Americans, celebrated figures and anonymous ordinary citizens, responded to what they saw as the injustices that prevented them from fully experiencing their vision of America.

The Political Thought of America’s Founding Feminists traces the significance of Frances Wright, Harriet Martineau, Angelina and Sarah Grimké, Lucretia Mott, Elizabeth Cady Stanton, and Sojourner Truth in shaping American political thinking. These women understood the relationship between sexism, racism, and economic inequality; yet, they are virtually unknown in American political thought because they are considered activists, not theorists. Their efforts to expand the reach of America’s founding ideals laid the groundwork not only for women’s suffrage and the abolition of slavery, but for the broader expansion of civil, political, and human rights that would characterize much of the twentieth century and continues to unfold today.

The Big Business of Downtime

In moments of downtime – waiting for a friend to arrive or commuting to work – we pull out our phones for a few minutes of distraction.  Just as television reoriented the way we think about living rooms, mobile devices have taken over the interstitial spaces of our everyday lives.  Ethan Tussey argues that these in-between moments have created a procrastination economy, an opportunity for entertainment companies to create products, apps, platforms, subscription services, micropayments, and interactive opportunities that can colonize our everyday lives.

In True Sex, Emily Skidmore uncovers the stories of eighteen trans men who lived in the United States between 1876 and 1936. Despite their “unexceptional” quality, their lives are surprising and moving, challenging much of what we think we know about queer history. By tracing the narratives surrounding the moments of “discovery” in these communities – from reports in local newspapers to medical journals and beyond — this book challenges the assumption that the full story of modern American sexuality is told by cosmopolitan radicals.

Beyond Trans pushes the conversation on gender identity to its limits: questioning the need for gender categories in the first place. Davis, himself a transgender man, explores the underlying gender-enforcing policies and customs in American life that have led to transgender bathroom bills, college admissions controversies, and more, arguing that it is necessary for our society to take real steps to challenge the assumption that gender matters.

Out of the Running

Why Millenials Reject Political Careers and Why It Matters

An engaging and accessible resource for anyone who follows American politics, Out of the Running highlights the urgent need to fix the American political system, as an absence of diverse millennial candidates leaves its future in a truly precarious position.

What Works for Women at Work

Based on interviews with 127 successful working women, over half of them women of color, What Works for Women at Work presents a toolkit for getting ahead in today’s workplace. Distilling over 35 years of research, Williams and Dempsey offer four crisp patterns that affect working women:  Prove-It-Again!, the Tightrope, the Maternal Wall, and the Tug of War. Each represents different challenges and requires different strategies—which is why women need to be savvier than men to survive and thrive in high-powered careers.

A History of Environmental Racism in United States

Clean and White offers a history of environmental racism in the United States focusing on constructions of race and hygiene. In the wake of the civil war, as the nation encountered emancipation, mass immigration, and the growth of an urbanized society, Americans began to conflate the ideas of race and waste. Certain immigrant groups took on waste management labor, such as Jews and scrap metal recycling, fostering connections between the socially marginalized and refuse. Ethnic “purity” was tied to pure cleanliness, and hygiene became a central aspect of white identity.

No Shortcut to Change

An Unlikely Path to a More Gender Equitable World

No Shortcut to Change is a historical, theoretical, and political overview of why the common, liberal-feminist-driven ‘shortcut’ approach has not actually improved the status of women throughout the world—and why a new approach taking social, racial, and political hierarchies into account alongside gender is sorely needed.

Identities and Communities in a Mediated World

Recognizing that fandom is not unusual, but rather a universal subculture, the contributions in this book demonstrate that understanding fans–whether of toys, TV shows, celebrities, comics, music, film, or politicians–is vital to an understanding of media audiences, use, engagement, and participatory culture in a digital age. This wide-ranging collection provides diverse approaches to fandom for anyone seeking to understand modern life in our increasingly mediated, globalized and binge-watching world.

Latina women make up the fastest growing non-white group entering the teaching profession at a time when it is estimated that 20% of all students nationwide now identify as Latina/o. An unprecedented look at an understudied population, Latina Teachers presents an important picture of the women who are increasingly shaping the way America’s children are educated.

The Securitization of Society

Traditionally, security has been the realm of the state and its uniformed police. However, in the last two decades, many actors and agencies, including schools, clubs, housing corporations, hospitals, shopkeepers, insurers, energy suppliers and even private citizens, have enforced some form of security, effectively changing its delivery, and overall role. An innovative, interdisciplinary approach to criminological theory that incorporates philosophy, sociology, and political science, The Securitization of Society reveals how security is understood and enacted in urban environments today.

The Experience of Health Care Reform in the United States

Unequal Coverage documents the everyday experiences of individuals and families across the U.S. as they attempted to access coverage and care in the five years following the passage of the ACA.The volume investigates the outcomes of the ACA in communities throughout the country and provides up-close, intimate portraits of individuals and groups trying to access and provide health care for both the newly insured and those who remain uncovered. The contributors use the ACA as a lens to examine more broadly how social welfare policies in a multiracial and multiethnic democracy purport to be inclusive while simultaneously embracing certain kinds of exclusions.

Evelyn Wang is a student at NYU and marketing intern at NYU Press.