Labor Day is more than just a day off of work. This year, we’re taking the time to honor the contributions of laborers and the labor movement by catching up on the history of work in the United States. Below, browse a fascinating range of titles that offer a comprehensive introduction to the topic. You can get each eBook for just $1.99 through the end of September!

Offer good through September 30, 2021, only available through US retailers. 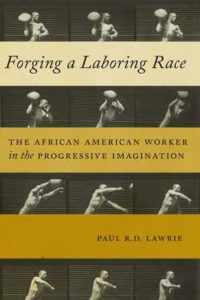 The African American Worker in the Progressive Imagination

“The book is a reminder of the need to examine the production, dissemination, and broad acceptance of scientific knowledge in historical context, and does so itself in a compact analysis that will interest scholars of race and ethnicity, progressivism, state formation, and the history of science.”—Choice

“A painstakingly thorough examination of the black worker as a commodity and a concept within the Progressive imagination. . . . Lawrie boldly demonstrates how a race-based form of industrial capitalism was central to the making of the modern U.S. state during the Progressive Era.”—Davarian L. Baldwin, Paul E. Raether Distinguished Professor of American Studies, Trinity College 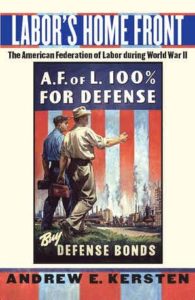 The American Federation of Labor during World War II

“Labors Home Front is an outstanding contribution. Balanced and fair-minded, Kerstens richly documented account puts the AFL at the center of wartime labor relations and domestic history generally. . . . Kersten also sheds new light on the key role of the AFL in the emergence of social democratic liberalism during the era of World War II.”—Robert H. Zieger, University of Florida

“Kersten boldly goes where few historians have gone beforeand it’s about time. . . . Zeroing in on significant issues including wartime labor relations, race and gender discrimination, and postwar planning, Kersten provides ample evidence of both change and continuity.”—Journal of American History 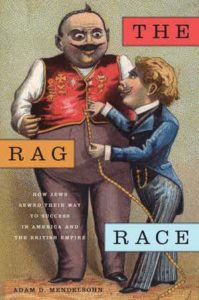 “An inquiry into the wellspring of modern Jewish economic success, [The Rag Race] attends to the origins of the garment industry, poking around in the dusty, and often little-known, corners of a global exchange basedon kinship and the Jewish collective…The Rag Race is a remarkable achievement, a testament to the vitality of the historical imagination.”—Jewish Review of Books

“In The Rag Race, Adam Mendelsohn traces the intertwined fates of the Jewish community and the garment industries in America and Britain…Like any good historical writer, he turns documents and data into relatable human stories.”—Sewjewish.com 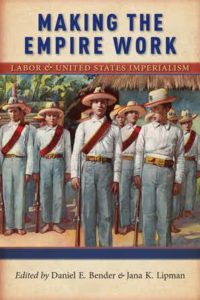 “Bender and Lipman have assembled a collection of short studies that conflate labor studies, imperial analyses, and diplomatic history to produce a challenging, insightful means of viewing such histories simultaneously. The innovative subjects and rigorous scholarship in this highly readable volume are accessible to general readers and scholars alike.”—Choice

“Making the Empire Work is a game changer. This spectacular volume will transform the way U.S. historians conceive, write and teach about empire. Workers were everywhere in the U.S. empire: building and serving it, shaped by and suffering from it. The work collected here gives new meaning to William Appleman Williams trenchant call for us to consider ’empire as a way of life.'”—Nan Enstad, University of Wisconsin, Madison 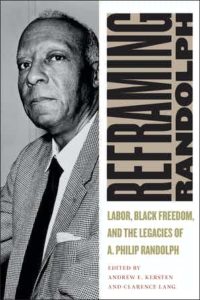 Labor, Black Freedom, and the Legacies of A. Philip Randolph

“Reframing Randolph is a terrific examination of one of the twentieth centurys most important social and political figures. Along with a stellar list of contributors, Kersten and Lang provide an unmatched assessment of Randolph’s social and political activism and labor organizing that uncovers important new insights and exposes critical nuances of his thought and character.”—Cornelius L. Bynum, author of A. Philip Randolph and the Struggle for Civil Rights

“The volume succeeds admirably, building a series of partially overlapping portraits from different perspectives but also through lenses of varied focal length.”—Journal of American History 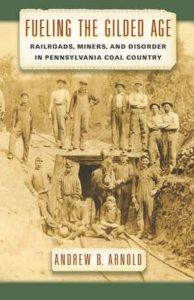 by Andrew B. Arnold

“In this beautifully crafted new history of capitalism, Arnold shows us how rough and tumble community unionism worked in the years before unions came to the coalfields. We learn about strikes led by women, rough music, square turns, and miners freedoms and then how the Knights of Labor and United Mine Workers both emerged by relying on these long and deep coalfield traditions. Vital for anyone wanting to understand the relationship between international capitalism and workplace rights.”—Scott Nelson, Legume Professor of History, The College of William & Mary 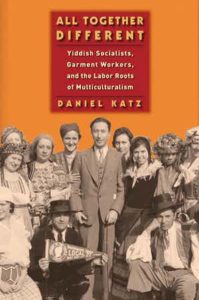 Yiddish Socialists, Garment Workers, and the Labor Roots of Multiculturalism

“This exciting book upends the conventional wisdom that puts ethnic identity and class identity at odds. Katz recovers a rich legacy of Yiddish socialist wisdom that saw how the one could animate the other, and he shows how women organizers, in particular, applied this understanding to rebuild their union in the Depression era. Cultivating mutual cultural appreciation among struggling African American, Latino, Italian, and Jewish workers, they fostered union loyalty and labor militancy. A surprising story full of timely insights for today’s readers.”—Nancy MacLean, Duke University, and author of Freedom Is Not Enough: The Opening of the American Workplace

“All Together Different will be a useful text for students of American labor, immigration, Jewish studies, and women’s studies. It should also be required reading for any current labor activist or activist on the political left interested in bridging the ethno-racial differences among the ’99 percent.'”—American Historical Review 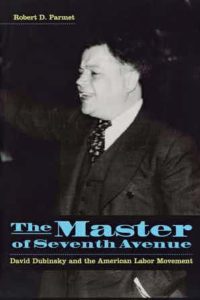 The Master of Seventh Avenue 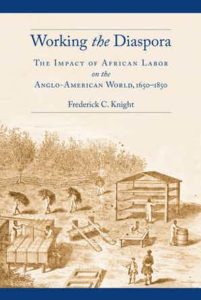 “Working the Diaspora is a welcome contribution to the study of labor and culture under slavery. Spanning the colonial through the antebellum period, Knight argues that Africans brought much more than brute strength to their work in sugar, rice, tobacco and indigo fields. By carefully contextualizing his study of labor practices in the Americas in the African past, Knight offers a compelling argument for the crucial role of African knowledge in the building of staple crop agriculture in the Americas.”—Jennifer L. Morgan, author of Laboring Women: Gender and Reproduction in New World Slavery