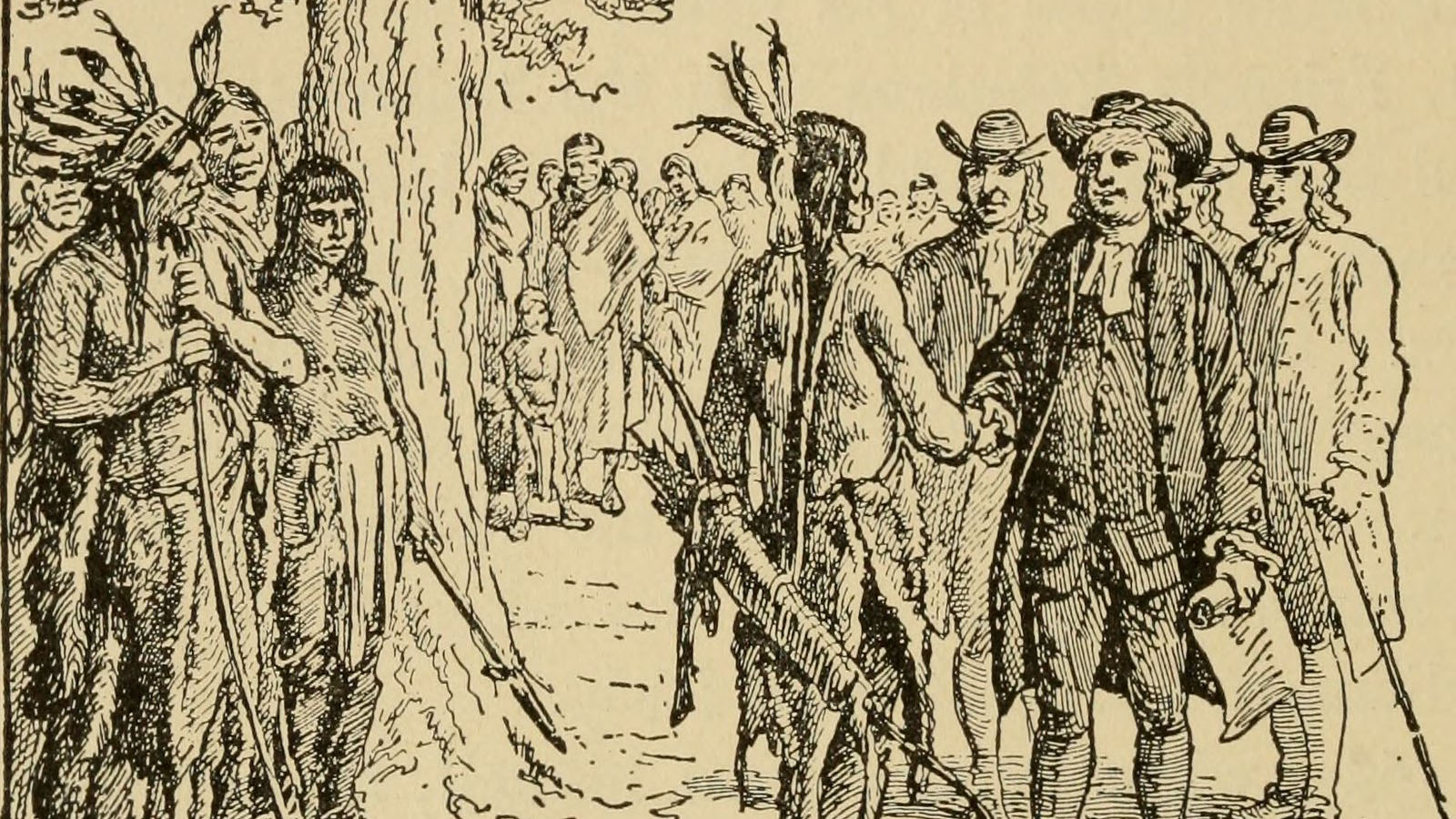 With Thanksgiving just around the corner, we’re reflecting on the history of the early American colonies—especially the ways colonial life so often intertwined and conflicted with Indigenous culture. From a new look at Pocahontas and her connections to English colonists, to a young boy’s personal account of his impressions of Native American life, to an examination of the conflict and interplay between settler and Indigenous laws, each of the books below reveals a new aspect of the complexity of colonial and Indigenous relations. Now through the end of November, study up on your early American history with select eBooks for just $1.99! 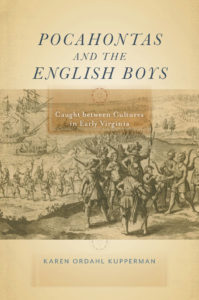 Pocahontas and the English Boys

Caught between Cultures in Early Virginia

“A culturally resonant understanding of the early confluences in America between Indigenous peoples and Europeans…this new take on her life and times answers questions essential to our time: What is the nature of fluidity in civic culture — what happens to us when we encounter new cultures, people, languages — not just once but frequently? And what happens to our human condition when someone else tries to shape who we are?” —NPR.org

“Based on a lifetime of study, Ms. Kupperman provides a remarkably perceptive and sympathetic portrait of five young people who, with little control over their own fate, found themselves caught up in the dangerously shifting cultural realities of early Jamestown.” —Wall Street Journal 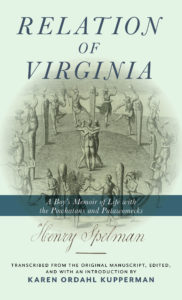 A memoir of one of America’s first adventurers, a young boy who acted as a link between the Jamestown colonists and the Patawomecks and Powhatans

“In Relation of Virginia, Ms. Kupperman provides an impeccable scholarly transcription of the account Spelman gave while visiting England in 1611-12. He described the land and its natural resources, its husbandry, the Indians towns, their spiritual beliefs, marriage customs, laws and government with a freshness that reflected his deep familiarity with their culture. His vivid descriptions are among the earliest English accounts of American Indian life.” —Wall Street Journal 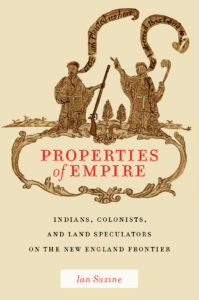 Indians, Colonists, and Land Speculators on the New England Frontier

Properties of Empire challenges assumptions about the relationship between Indigenous and imperial property creation in early America, as well as the fixed nature of Indian “sales” of land, revealing the existence of a prolonged struggle to re-interpret seventeenth-century land transactions and treaties well into the eighteenth century. The ongoing struggle to construct a commonly agreed-upon culture of landownership shaped diplomacy, imperial administration, and matters of colonial law in powerful ways, and its legacy remains with us today.

“An intriguing, thought provoking, and important [book] that recognizes the importance of land issues in Indian Country today through close historical work on the ideologies that surround land ownership in previous centuries.” —Christopher Bilodeau, Dickinson College 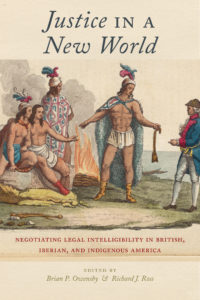 ce in a New World

“This edited volume explores the negotiations between Iberian, English, and Indigenous legal regimes in the crucible of the early US. It begins with Owensby and Ross’s excellent introduction to recent scholarship on early European empires, emphasizing that the Spanish and Portuguese sought to incorporate Indigenous peoples in their colonial structures, and the English kept natives separate .… Though the stated focus of the collection is the law and its workings, it is enlightening and useful for readers interested in many other aspects of colonial and native encounters and developments.” —CHOICE 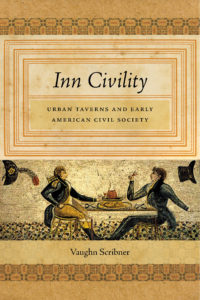 Inn Civility exhibits how colonists’ struggles to emulate their British homeland ultimately impelled the creation of an American republic. This unique insight demonstrates the messy, often contradictory nature of British American society building. In striving to create a monarchical society based upon tenets of civility, order, and liberty, colonists inadvertently created a political society that the founders would rely upon for their visions of a republican America. The elitist colonists’ futile efforts at realizing a civil society are crucial for understanding America’s controversial beginnings and the fitful development of American republicanism.

*offer good through 11/30/2019, only available through US retailers