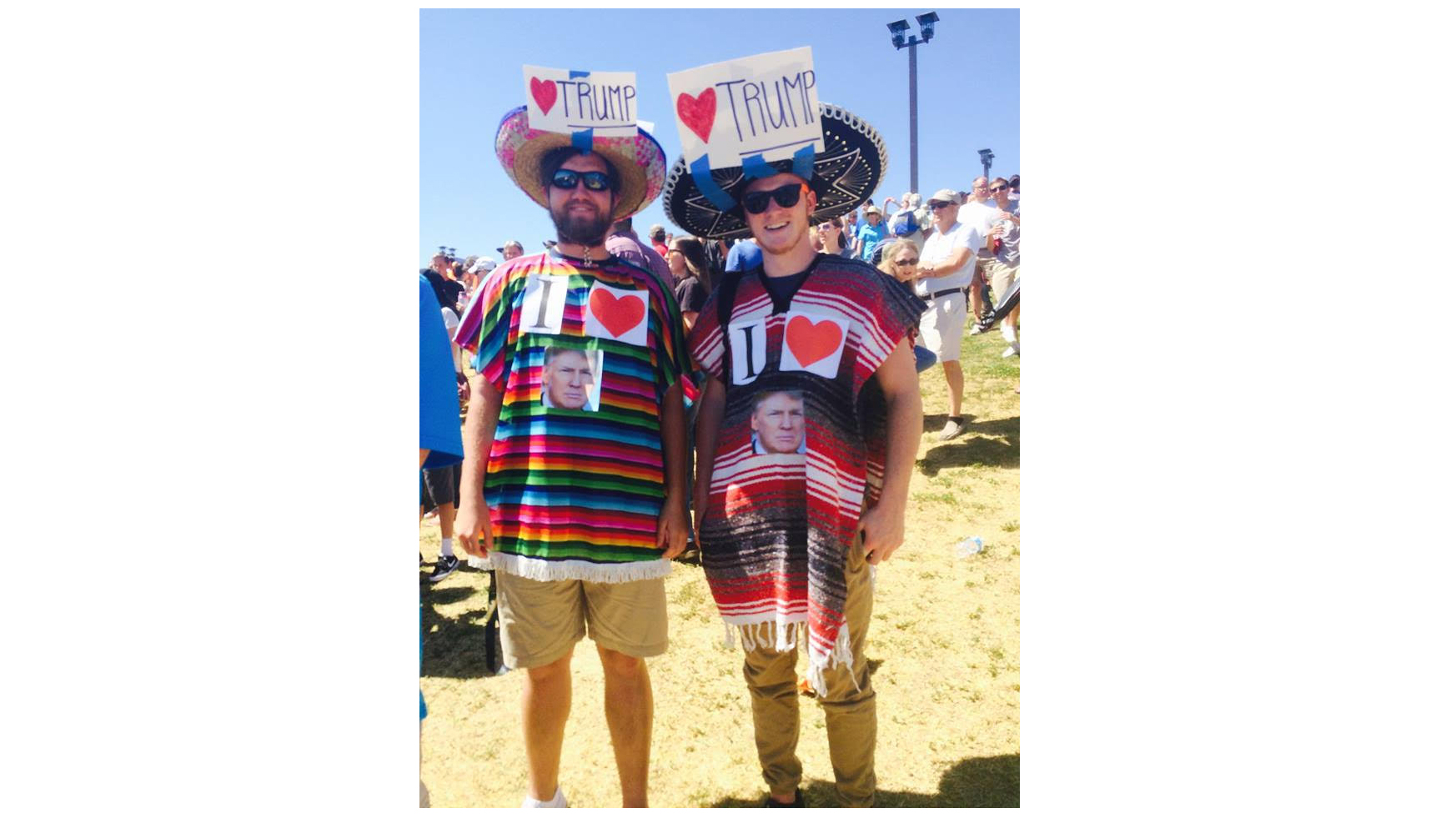 I have an unpopular opinion: Love doesn’t trump Hate. “Love Trumps Hate” became a popular slogan during the 2016 US presidential election. Heard at rallies, emblazoned on shirts and bumpers, and memed across social media. After the election, many people dealt with Trump’s victory with expressions of faith, often in the formulation of “these are dark times but I still believe that love trumps hate.”

It’s certainly a catchy slogan. For many Donald Trump epitomized the hatred of white supremacy and misogyny as he railed against Mexicans as criminals and rapists, Muslims as always potential terrorists, and grotesquely degraded women throughout his campaign. Besides, as a political slogan, “Love Trumps Hate” invoked and played upon the candidate’s name. But beyond the clear catchiness of the phrase, love will not trump hate because the formulation misunderstands the ways in which white supremacy functions. It reproduces the false belief where white supremacy is imagined to exist under a white hood or within a neo-Nazi group. Moreover, it misunderstands white supremacy as propelled by hatred alone. White supremacy survives and thrives by a complex of emotions: fear, anxiety, a yearning to epitomize goodness and innocence, hate, and love.

On March 19, 2016, Trump held a rally in an up-scale neighborhood outside Phoenix. In response to his anti-immigrant rhetoric and the history of nativist politicians in Arizona, protestors shut down the major streets leading to the rally, forcing supporters and protestors alike to walk miles to the event. On the streets and at the rally, competing chanting abounded. “Trump is hate,” “Build the wall,” and “Love Trumps Hate” drowned out the official speakers.

Two moments stand out to me about the rally. First, as I arrived at the red faced and yelling convergence of protestors and supporters, one fellow, let’s call him George, asked how it was racist to want to build a wall and enforce immigration laws. Once the tension abated a bit, we were able to speak. George did not see himself as a racist or a hater of Mexicans. His ex-wife was Mexican; that’s how she got her papers, he said. The logic of love trumping hate falls short in moments like this. George did not see himself as racist or hate-filled. He had once loved a Mexicana. Doesn’t that inoculate him from white supremacy? The clear answer is no. As Frank Chin and Jeffery Paul Chan have suggested, there is racist hate and racist love. As I explore in my recent book, Whiteness on the Border, there is a long history of depicting Mexicanas as the erotic, exotic in country music and dating services. This sexual racism enables a troubling belief in white goodness. Returning to George, love cannot trump hate because he does not identify with the hate and because his belief in his own love and goodness blocks rigorous self-reflection.

As I left the rally, I ran across two young men bedecked in novelty sombreros and serapes and “I ❤ Trump” signs. In other words, they donned the costuming of what they imagined Mexicans to be. I did not talk to them more than to snap a picture. What does one make of these Trump Bros? How do we read their declaration of love emblazoned atop crude stereotypes? Clearly they love Trump, but do they hate Mexicans. I imagine that they would answer “no” even as many would see them and say that they do indeed hate. Perhaps they would just say that they were trying to be funny. Could it be that their racist derision was motivated by love, a love not of Mexicans or of humanity but a love of whiteness and toxic masculinity that embraces a full throated rejection of PC-culture? Both with the Trump Bros and George, love is not the remedy for hate. Love may well be its accomplice and enabler.

In his groundbreaking book, David Roediger drew upon W.E.B. DuBois to show that whiteness did not only pay a monetary wage but psychological wages as well. These “wages of whiteness” help explain how racial alliances formed and trumped potential class-based struggles. Today, the psychological, affective wages of whiteness remain. Scholars, activists, and artists must work to uncover and undermine these affective wages so that investments in whiteness are less seductive.

After the election, many people I know responded with a mix of surprise, anger, hurt, and yes, hate. This was a man and a political movement who ran a campaign on deporting their families, demonizing their religion, and treating them as discardable objects of pleasure. These emotional responses were neither wrong nor discrete from one another. From this, we can learn something.

White supremacy is reinforced by and persists because of a complex of emotions. Love does not exist above and beyond hate in a distinct sphere. Love and hate are side by side, they stick together, they intermingle, they interpenetrate. “Love Trumps Hate” is a catchy slogan, but these words do something that we cannot continue. They hinder understanding. Here, I am not calling for an empathetic and understanding embrace of those who support or stand by in response to white supremacy. Rather, I am contending that we need to understand white supremacy and its affective wages in order to confront and dismantle them.

From this, I have learned two things. First, love may never trump hate, but committed action will one day upend white supremacy and misogyny. Second, always remember the words from Toni Morrison’s The Bluest Eye: “Love is never any better than the lover.”

Lee Bebout is Associate Professor of English at Arizona State University where he is affiliated with the School of Transborder Studies and the Program in American Studies. He is the author of Whiteness on the Border: Mapping the US Racial Imagination in Brown and White (NYU Press, 2016).