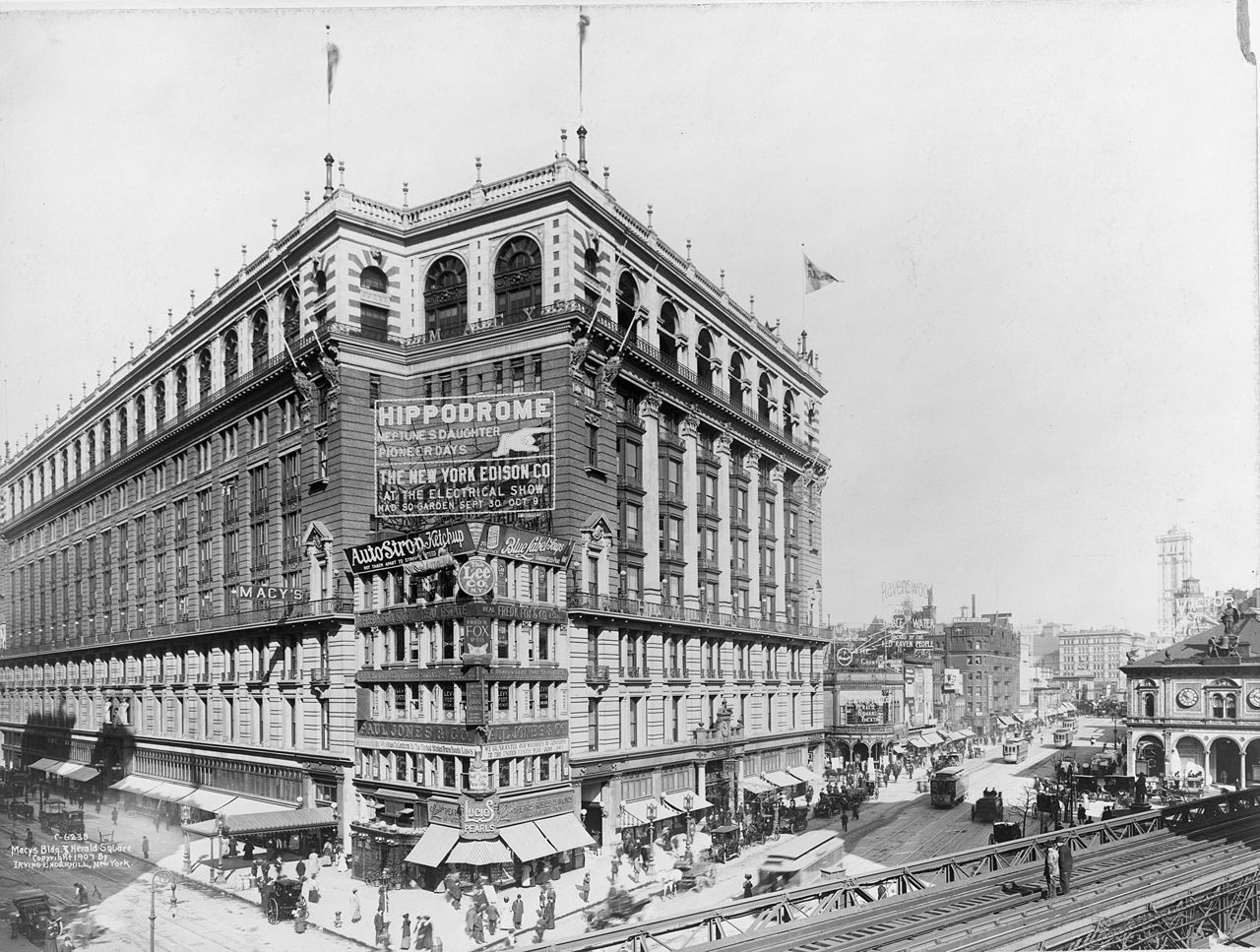 Over a century ago, Macy’s opened its stunning new department store on the corner of 34th Street and Herald Square, on a site once occupied by the B’nai Jeshurun synagogue. A nine-story castle of commerce, the building cost a stunning $4.8 million to construct (roughly $135 million in today’s dollars). Fanfare and hoopla accompanied the 1902 inaugural event. The new location escalated Macy’s glamour and signaled its competitive bid to become the department store identified with New York City.

It also heralded the rapid rise of Jews in retailing.

Though bronze letters spelled out the name of the store’s founder, R. H. Macy, above the entrance, its current owners, Isidor and Nathan Straus, engineered the move uptown. The brothers had started out with a wholesale crockery business and acquired the concession for Macy’s china and glass department in 1874. By the time they purchased Macy’s in 1896, it had long surpassed other New York department stores. The Strauses built on that success, continuing to innovate as well as constructing one of the world’s largest department stores.

Macy’s paid close attention to holidays, orchestrating and expanding the Christmas holiday shopping season. In 1924, Macy’s inaugurated its Thanksgiving Day Parade. While not the first department store to conceive of such an event to mark the beginning of the Christmas season, its first parade attracted a quarter of a million spectators. It soon became a premiere event for New Yorkers. In 1952, it was broadcast live on television for all Americans to enjoy.

In the eyes of photographer William Klein, “Macy’s Day Parade Watchers, 1954” looked like “a “pseudo-poster” for the American dream. Reflecting later on his photograph of a quartet of observers, he dubbed them a version of “the Melting Pot”: “Italian cop, integrated Hispanic, Yiddish mama, African-American lady +beret.” Klein grew up in a Jewish section of Harlem and settled in Paris after military service. When he returned to New York in 1954 on an assignment to picture the city, he found himself entranced by New Yorkers. Attending the Macy’s Day Parade, he focused not on the marchers but on the watchers, giving us a multi-ethnic portrait of the city and its people.

Deborah Dash Moore is Frederick G. L. Huetwell Professor of History and Judaic Studies at the University of Michigan. She is the author/editor of a number of books, including City of Promises: A History of the Jews of New York, 3-volume box set (NYU Press, 2012) and Jewish New York: The Remarkable Story of a City and a People (NYU Press, 2017), available now.