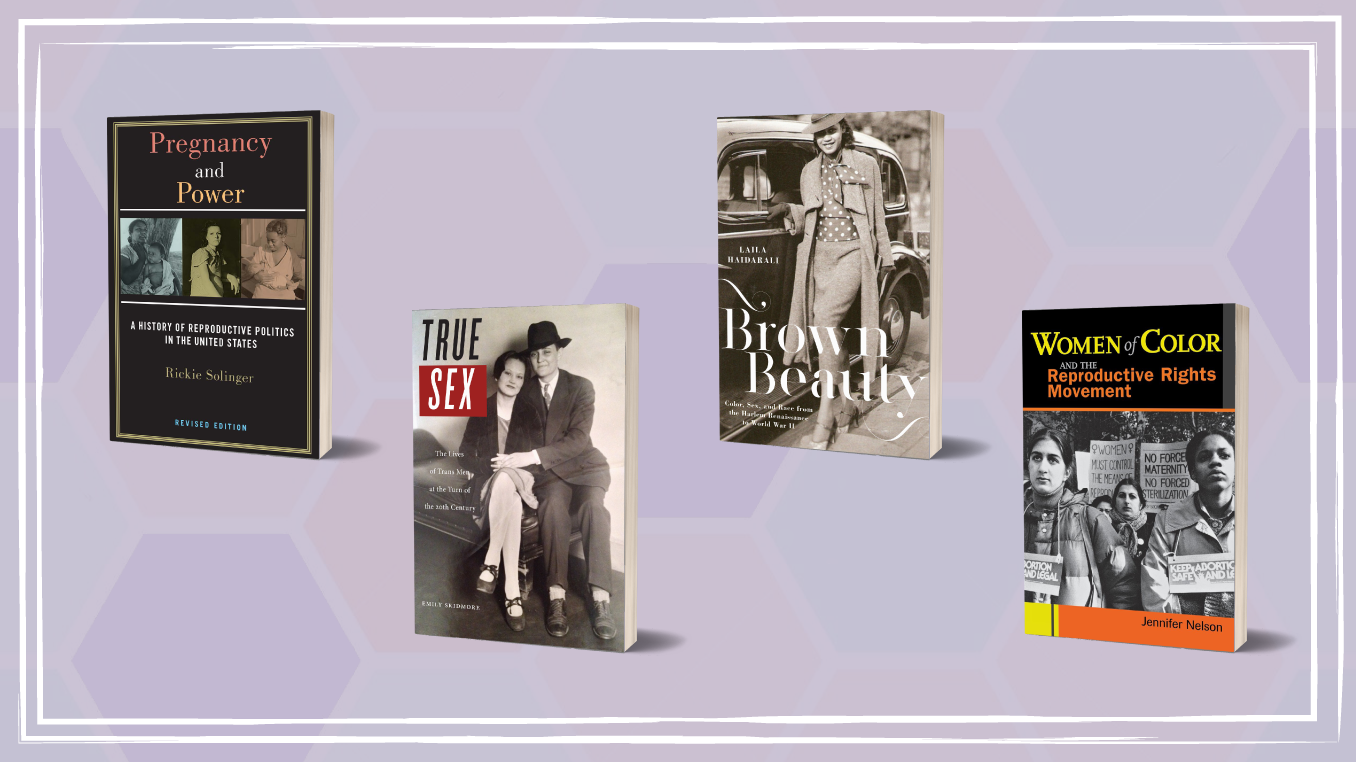 I’m very honored that my latest book, The Stonewall Riots: A Documentary History, joins such a fabulous list of NYU Press titles in LGBT, queer, and sexuality studies! Here are some of my favorites and some that I can’t wait to read:

Leila J. Rupp, Sapphistries: A Global History of Love Between Women (2009): A highly engaging survey with incredible breadth and depth, exceptional attention to difference and diversity, and extraordinary passion and compassion.

Laila Haidarali, Brown Beauty: Color, Sex, and Race from the Harlem Renaissance to World War II (2018): A superb study of racialized heterosexual embodiment and a sophisticated exploration of the complicated politics of gender and color that African American women negotiated in the early twentieth century.

Jennifer Nelson, Women of Color and the Reproductive Rights Movement (2003), Jack Balkin, What Roe v. Wade Should Have Said (2005), and Rickie Solinger, Pregnancy and Power: A Short History of Reproductive Politics in America (2005): Three excellent works that help us understand the historical foundations of today’s struggles over abortion, birth control, reproduction, sterilization, and more.

Emily Skidmore, True Sex: The Lives of Trans Men at the Turn of the 20th Century (2017), and Melissa M. Wilcox, Queer Nuns: Religion, Activism, and Serious Parody (2018): Two exciting and important new works that I can’t wait to read!

Marc Stein is the Jamie and Phyllis Pasker Professor of History at San Francisco State University. He is the author of Rethinking the Gay and Lesbian Movement (2012), Sexual Injustice: Supreme Court Decisions from Griswold to Roe (2010), and City of Sisterly and Brotherly Loves: Lesbian and Gay Philadelphia (2000), and the editor of the Encyclopedia of Lesbian, Gay, Bisexual, and Transgender History in America (2003). He is the editor of The Stonewall Riots: A Documentary History, now available from NYU Press.