In 1967, when a good cigar only cost five cents, a very different U.S. Supreme Court, led by a very different Chief Justice (Earl Warren), faced a choice between a states rights and an equal protection of the laws argument. The same choices face the Justices this term, but I am fearful that the outcome will be very different in 2013. 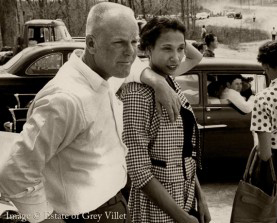 In 1967, the case Loving v. Virginia came to the Court because Virginia (and 15 other states) enforced its anti-miscegenation statute prohibiting marriage between Caucasians and blacks. At this time, the jurists formed an exceedingly diverse group, much more so than the sitting Court. For one thing, the majority of them had political careers prior to joining. Thus, this intimate contact with politics gave them a much greater sense of the real world than the cloistered world of arcane legalism would have.

Also of note was that the Court was mostly composed of either moderate or liberal jurists; there were no arch conservative “originalists” such as Antonin Scalia, Clarence Thomas, and Samuel Alito sitting as we see in the current Court. And the Loving decision was but one example of the Court’s rock solid commitment to civil rights and civil liberties in the mid-20th century (1953-1969).

Virginia’s lawyers argued that in a federal system, the state has the power in the 10th Amendment to establish rights and limits regarding marriage. The lower federal courts accepted this argument, yet without a dissent, Chief Justice Warren categorically rejected it. He wrote that “the 14th Amendment requires that the freedom of choice to marry not be restricted by invidious racial discrimination. Under our constitution, the freedom to marry, or not marry, a person of another race resides with the individual and cannot be infringed by the State.” The Court’s commitment to racial marriage equality in Loving came even though 72% of the American public opposed inter-racial marriage that year. (In 2011, 97% of persons under 30 years approved of inter-racial marriage. Clearly, values evolved towards equality.)

In 2013, two cases are in the Supreme Court. One, U.S. v. Windsor, the plaintiff, an octogenarian lesbian whose wife of more than four decades died and who had to pay over $300,000 to the IRS because the 1996 Defense of Marriage Act (DOMA) denied federal benefits to same-sex married couples, argued that the law was an unconstitutional violation of the right of gay and lesbian couples to marry. In the second case, Hollingsworth v. Perry, lawyers challenged the constitutionality of Proposition 8, passed in 2008 by the voters in California. It invalidated an earlier California Supreme Court decision that allowed same sex marriage. The arguments by the lawyers for the gay and lesbian petitioners are based on the concept of equality in the Constitution and are reminiscent of the Loving decision.

In contrast to the expectations of petitioners in 1967, however, the outcome in 2013 is uncertain. First of all, only one sitting Justice, Elena Kagan, has any prior experience outside of the judiciary (she was the U.S. Solicitor General in the first Obama Administration). Two had prior work on the Senate judiciary committee (Stephen Breyer) and as counsel for the ACLU (Ruth B. Ginsburg). All the other members came to the Court from lower federal appellate courts, having no real political world experiences to draw upon. Furthermore, unlike the Warren Court, there is a hard and fast ideological split on the Court: five very conservative jurists and four moderates. And there has been, for more than a decade, an “appreciation” by the conservative majority of the primacy of states’ rights vis-á-vis federal power, a general wariness about the Court moving too hastily when deciding controversial social issues, and an originalist commitment to the historic values and traditions of the American society.

There are only a few options available to the Court in deciding the same-sex cases:

I am not holding my breath that the last option will be the majority’s choice. It will be one of the first two possibilities; either one will sadden but not surprise me and most Court observers. Paradoxically, unlike public opposition to racial intermarriage in 1967 rejected by a unanimous Court, in 2013, although 58% of Americans support same-sex marriage, it may be rejected by a five person majority. Oh, for the return of a good five cent cigar and the Warren Court!

Howard Ball is Emeritus Professor of Political Science and University Scholar at the University of Vermont and Adjunct Professor of Law at Vermont Law School. He is the author of At Liberty to Die: The Battle for Death with Dignity in America (NYU Press, 2012) and The Supreme Court in the Intimate Lives of Americans (NYU Press, 2002).