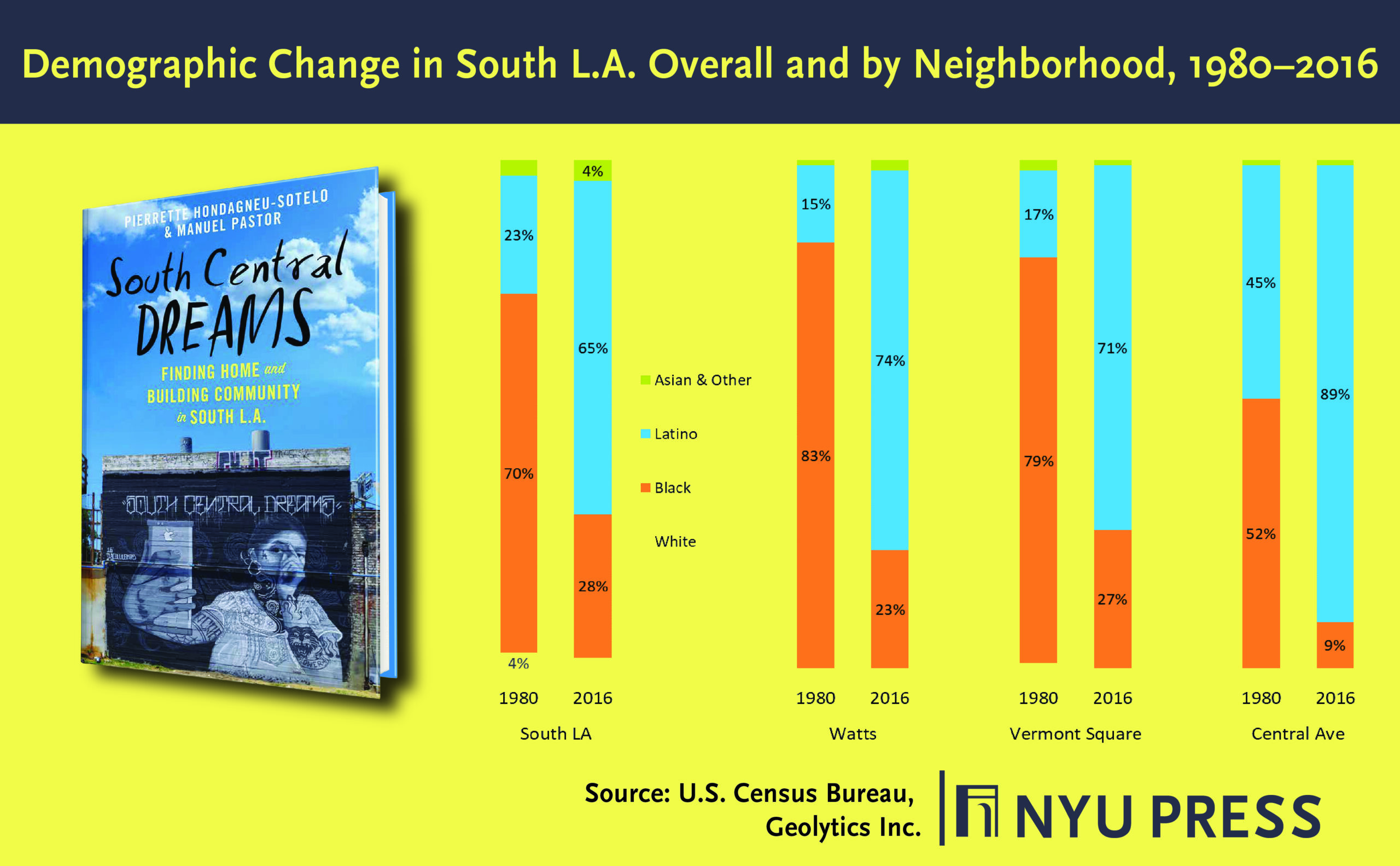 Most people continue to think of immigrant integration this way:  Immigrants come to a new place.  They stumble and struggle mightily.  But they learn the language, the dominant customs and culture, and they somehow manage to fit into the dominant society.   That’s American assimilation in a nutshell.  It includes slipping into whiteness, upward class mobility and moving to a suburban neighborhood.

Assimilation, in this form, is a Hollywood movie. Maybe it screened once, but it’s now mostly an American myth.  Yet it has long-standing ideological power and remains a theoretical paradigm still taught in universities and guiding a lot of sociological research.  Astonishingly, graduate students taking qualifying exams in international migration must still prove familiarity with the variants of assimilation theory.  In my view, a twenty-first century perspective on immigrant integration needs to better account for race and the way immigrants and their kids experience their lives in particular places.

In our book South Central Dreams, Manuel Pastor and I tell the story of Latinx immigrants in South Los Angeles.  The 1980s and 1990s were boom years for Mexican and Central American immigration to the United States.  Facing crowded, substandard housing in LA’s traditional Latinx neighborhoods, many working-class Mexican and Central American families moved to South Los Angeles, to historically African American neighborhoods that stretch over an expansive 50 square mile region.   Using qualitative and quantitative sources of data, our research team looked closely at social dynamics that have emerged here about thirty years after the arrival of Latinx families.  Since the area is so big, we focused our study on demographic changes in three distinctive neighborhoods: Watts, Historic South Central, and Vermont Square/Slauson.

We chronicle how first generation Mexican and Central American immigrants went about making new homes for themselves, and we analyze their relationships with African Americans.   Working-class Latinx families encountered a tough landscape of de-industrialization. In the 1980s this included a crack epidemic, gang wars, racial resentment, street holdups and over-policing. When some of them became victims of street theft at the hands of Black youth, they often responded by “shutting in and shutting out,” seeking security, familiarity and autonomy in their homes, and literally putting bars up in their windows and doors.  As one man recalled, “No eramos personas de la calle…We weren’t people of the street. We were people who went to work, the laundry, the market, and to work.  Well, we would visit family (elsewhere)…but to go to the parks?  You couldn’t.  People just didn’t feel safe.”  Many Mexicans and Central Americans also brought with them their own anti-black racist ideologies beliefs fostered in their countries of origin, and once in this country, they quickly learned U.S. color lines.  This together with the monolingual language barriers meant many of them could stretch only as far as superficial next door civility with their older African American neighbors.  “Nos saludamos no mas…We just greet one another,” is a phrase we heard from more than a few folks.  Some did form deeper relationships, and in our book, we examine the dynamics of immigrants expressing gratitude for Black parental mentorship offered by African American neighbors, teachers and volunteers.  While newcomer Latinx immigrants interacted with their immediate neighbors, for the most part, they didn’t get involved in local civic organizations.  This scant Latinx civic and political engagement remains an ongoing issue, a challenge for civic leaders and community organizers.

The second generation Latinx folks grew up in a very different scenario.  Reared in South LA, they came up, as one young woman said, “in an aura of blackness.”  They grew up with Black friends, played on the same sports teams, listened to the same music and many fondly recalled significant Black teachers and mentors.  Yes, there were Black-Brown tensions, sometimes even “race riots” in the schools, and this required the necessity of familiarity with micro-geographies for safely navigating the streets (notably, most of them recalled police violence, not Black youth, as the major danger).  The important point is this: they developed a sense of home defined by place-based racial identity, one articulated as affinity with Black people and culture.

Conventionally, we think that parents socialize and teach children, and while that certainly occurs, it’s also true that children teach their parents.   In this case, the second generation Latinx women and men proactively try to educate their immigrant parents and grandparents on race and racism.  These are not civic campaigns, but rather inter-generational family conversations, and it’s possible to see this as part of their continued Black- Brown home-making strategy.

In 2021, coming out of Covid and the Black Lives Matter protests of 2020, we have a new public awareness of how much immigrant rights campaigns and Latinx communities need to actively oppose anti-blackness.  But in many ways, the second-generation Latinx folks raised in South L.A. have already been doing this work.  They do this in their families and many of them also do this work in their social justice, service-oriented jobs, as teachers, community organizers, and counselors.  They love South L.A. and remain committed to uplift for all residents.

The Hollywood assimilation movie is no longer screening, and while there has been struggle and the story is still unfolding, we see South L.A. residents innovating an immigrant integration script that includes shared futures, Black-Brown solidarities, a deep love and pride of place, and a dedication to racial justice and belonging in South L.A. 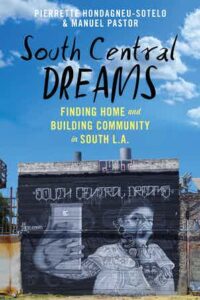 Pierrette Hondagneu-Sotelo is the Florence Everline Professor of Sociology at the University of Southern California. She is author of Gendered Transitions (1994), Domestica (2001/2007), God’s Heart Has No Borders (2008), and Paradise Transplanted (2014). She has edited or co-edited five other books. Her new book with Manuel Pastor, South Central Dreams: Finding Home and Building Community in South L.A., is now available from NYU Press.