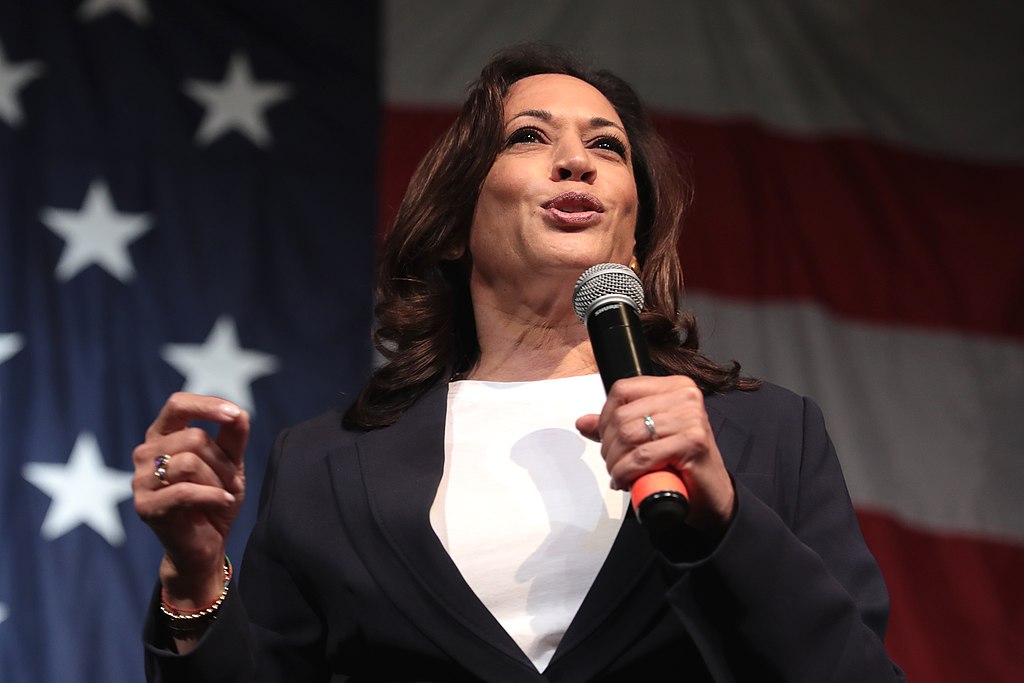 Even though newly elected Democratic Vice President Kamala Harris was the clear winner of the one and only vice presidential debate (the fly on Pence’s head notwithstanding), she was disparaged in right-leaning media for her physical appearance and comportment rather than the content of her responses. GOP pollster Frank Luntz claimed that undecided voters “did not find her authentic.” Fellow right-wing politicos Ben Shapiro and David Dudenhoefer (Republican candidate hoping to unseat Rashida Tlaib), both took to Twitter to fire off tweets about Harris’ face rather than her comments during the debate. Shapiro tweeted that Harris looked “deeply uncomfortable” and Dufenhoefer said she was “unlikeable with her smug facial expressions.” While this commentary that ignores the substance of Harris’ talking points in favor of focusing on her appearance is recognizable as the general misogyny that women negotiate, Harris is also navigating the way this misogyny becomes entangled with anti-Black racism. Bill O’Reilly offered faint praise, tweeting that Harris “comes across as articulate though her facial expressions are hurting her.” The word “articulate” is a known dog whistle for anti-Black racism as it is deployed with an assumption of surprise that Black people can communicate clearly and effectively.

The negative ways that Harris and other Black women are discussed in the media are an example of the confluence of misogyny and anti-Black racism. This brand of vitriol is called misogynoir, a term I coined as a graduate student in 2008. Misogynoir is the anti-Black racist misogyny that Black women experience, particularly in US visual and digital culture. Misogynoir is not simply the racism that Black women encounter, nor is it the misogyny Black women negotiate; it is the uniquely synergistic force of these two oppressions amalgamating into something more harmful than its parts.

One way that misogynoir becomes legible in the media’s treatment of Vice President-elect Harris is through the frames used to discuss her historic but unsuccessful run for president. Her own political ambitions were minimized in favor of a narrative that she rode to political success on the coattails of her mentor turned (albeit briefly) boyfriend former San Francisco Mayor Willie Brown. News sources insinuated that she’d slept her way to the top, a charge rebranded when she joined the Democratic party presidential ticket as the vice presidential candidate through the short-lived “Joe and the Hoe” merchandise available for purchase at Amazon.com. The sexual tenor of these attacks on Harris are beyond the pale when compared to how white women politicians are criticized via general misogyny, like Hillary Clinton being called a bitch. While legitimate critiques of Harris’ record and political positions are ignored, the Jezebel stereotype of Black women as hypersexual and the “Angry Black woman” myth of Black women as loud and irate, dominate the framing of Harris in the public square.

In a recent study by TIME’S UP Now, researchers found that one-quarter of all reporting on Harris was racist and sexist, with the “Angry Black woman” stereotype used the most. Her Indian heritage is rarely brought up in media and when it is, it is often in ways that affirm her lineage, despite there being legitimate questions about the way caste and colorism may inform her politics. Harris is disparaged because she is a Black woman, not because she is a woman of color.

In my forthcoming book, Misogynoir Transformed: Black women’s digital resistance (NYU Press), I discuss the ways that Black women are using digital spaces to challenge the way misogynoir informs their lives and health. While mainstream and digital media can focus on Harris’ heritage and gender, Black women and their allies are wielding this same digital media to have more nuanced conversations about Harris as a candidate. With misogynoir clogging mainstream media, Black women have been reluctant and careful in how they bring scrutiny to Harris’s politics. Digital roundtables and webinars like the one held by Black Women Radicals and the African American Policy Forum provide platforms for Black women to engage one another about the substance of Harris’ campaign without the specter of misogynoir. 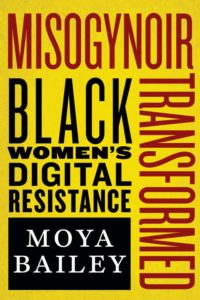 Moya Bailey is Assistant Professor of Africana Studies and the program in Women’s, Gender, and Sexuality Studies at Northeastern University and is an MLK Visiting Scholar at MIT for the 2020–2021 academic year. Her book Misogynoir Transformed: Black Women’s Digital Resistance is forthcoming in 2021.