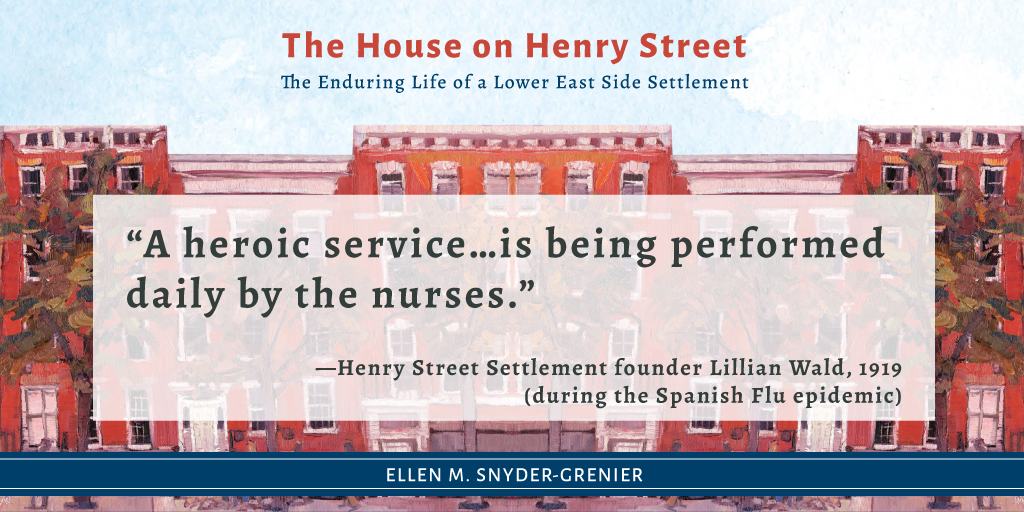 It was a time not unlike ours. In 1918, a deadly influenza epidemic (known as the “Spanish flu”) swept through New York City. Battling fever, aches, and respiratory distress, the city’s stricken residents sought medical help. But there was no cure; good nursing care was the only option, and demand quickly outpaced resources.

One Harlem family was typical. Both parents were sick with the flu; two of their three children had the measles. Yet none had received any care—until the case was reported to Henry Street Settlement, and one of its visiting nurses responded. Faced with an urgent and unimaginable need, the Settlement’s corps of public health nurses acted. Under the leadership of Henry Street nurse and founder Lillian Wald, they trekked over train tracks, scrambled across house boats, and climbed tenement stairs to reach the sick, vowing never to refuse a call.

While Henry Street’s vast nursing corps separated from the Settlement in 1944 to become the Visiting Nurse Service of New York, the belief that community crisis demands action remains one of the organization’s core values. A little more than a year into a pandemic that has sickened nearly 150 million and killed more than 3 million worldwide, Henry Street staff members have mounted a significant response—creating emergency food pantries, establishing a community helpline, and retooling all of its programming to continue to reach a low-income population on New York’s Lower East Side.

“Our work is part of something bigger that will transcend this time: the power of neighbor helping neighbor, of creating opportunity, of embracing justice and standing up against bigotry, and ultimately of bringing hope—to pull our society out of its darkest moments.”

In a full-circle moment early in the pandemic, nurses who work at Henry Street’s Community Consultation Center, a mental health care facility, were redeployed to the Settlement’s transitional and supportive housing residences to provide COVID-safety information and see patients with basic health concerns so they would not have to leave the shelter to go to the hospital. Nurses working in Henry Street’s Naturally Occurring Retirement Community and Senior Center have made regular calls to clients isolated by quarantining and made much-needed home visits.

We always honor the work of nurses. But we do it with renewed reverence during National Nurses Week, founded in 1954 to recognize all nurses and honor the founder of modern nursing, British nurse and social reformer Florence Nightingale (1820–1910). The week-long recognition, which begins each year on May 6th, closes on Nightingale’s birthday: May 12th.

National Nurses Week reminds us more clearly than ever of these essential healers’ selfless dedication to profession and community. At Henry Street Settlement, a social welfare agency founded in 1893 by a 26-year-old nurse who was convinced that health care was a human right, it’s definitely a week to celebrate. 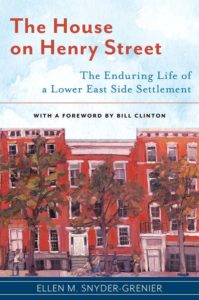