On the 225th anniversary of the signing of the Constitution, two truths remain: the Constitution has survived as the foundational document of this country; and no one agrees on its meaning. It remains inviolate yet contested, sacred but unsettled. And this is a good thing—a sign of its relevance and importance to daily life. 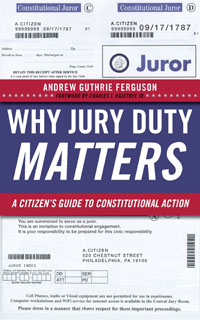 We are living in an era when the Constitution matters. Earlier this month at the Republican National Convention, the Constitution almost was given a speaking role, as references to liberty, limited government, and constitutional constraints dominated the speeches. A week later at the Democratic National Convention, President Obama articulated a theme of collective responsibility based on constitutional citizenship—“a word at the very heart of our founding, a word at the very essence of our democracy, the idea that this country only works when we accept certain obligations to one another and to future generations.” These Conventions offered two visions of the same document and contrasting images of the role of constitutional principles in society. Again, this is a good thing, as it reaffirms the engagement of citizens in the definition of constitutional citizenship.

Yet, the most telling reaction was from cultural critic and occasional constitutional comedian, Stephen Colbert, who said in response to President Obama’s citizenship comment, “I felt we all got jury duty by watching him last night.” On Constitution Day, I want to agree with Mr. Colbert and say that such a feeling of obligation—of linking responsibilities and constitutional citizenship—is also a good thing, because jury duty is constitution duty.

Instead of dreading jury duty, we should consider it an invitation to constitutional participation—one of the few times we are called to act in a direct way with constitutional principles. You may believe in liberty, due process, and accountability, but jury service requires you to apply those principles to the human being sitting across the courtroom. You may think voting is important (even if you don’t always do it), but in the jury room you must vote. In short, most of us claim we would die to protect the Constitution; jury service simply asks you to live it.

Andrew Guthrie Ferguson is Professor of Law at the University of the District of Columbia. His book, Why Jury Duty Matters: A Citizen’s Guide to Constitutional Action, will be released in early 2013.

One thought on “On Constitution Day: Citizenship, jury duty, and Stephen Colbert”