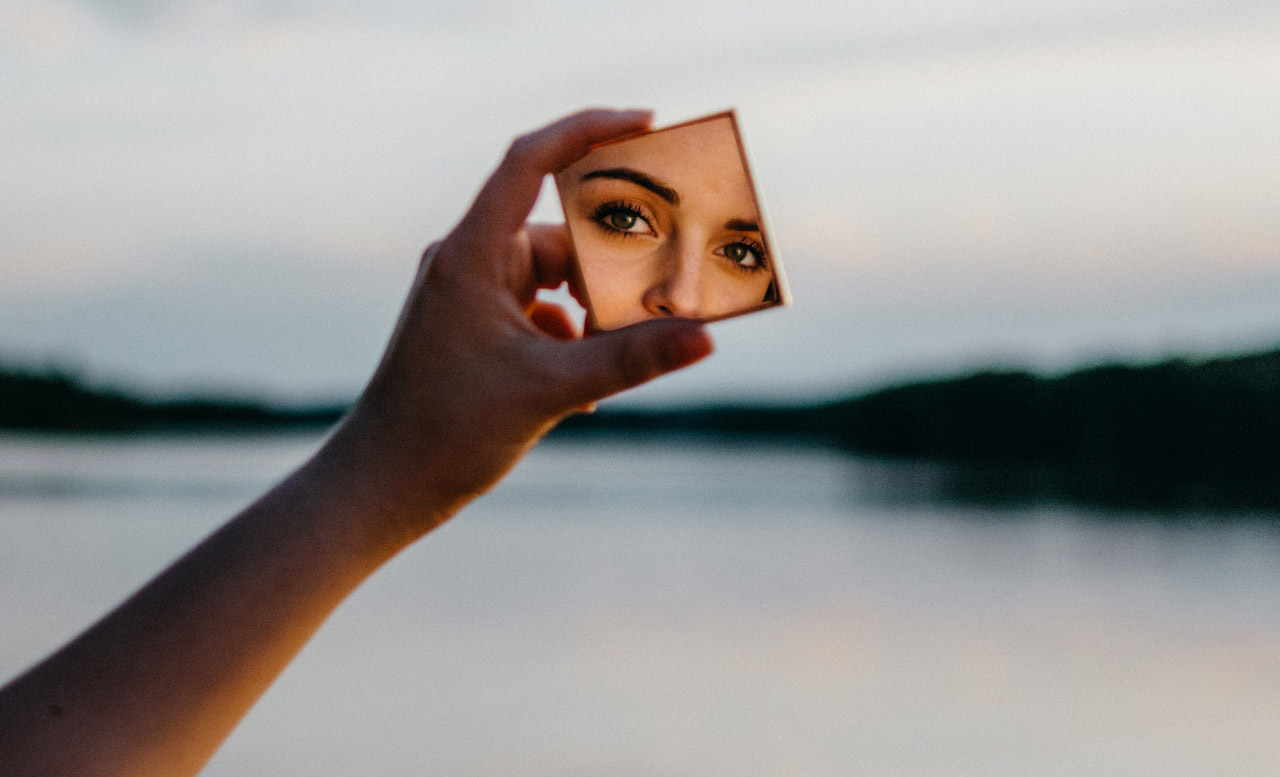 I am white, among other identity categories. Law school in 1972 was my first experience as part of a visible minority—women of any race made up only about 12% of my class. Everyone knew who I was; the men mostly looked the same to me, at least at first. One of our professors made all the women sit in the front row “so he could see us better.” That he assigned us those seats wasn’t as remarkable as the fact that we complied. We didn’t even fill the whole row.

In her memoir, Fish Raincoats: A Woman Lawyer’s Life, Barbara Babcock recalls that, when she arrived at Stanford Law School as the first tenured woman faculty member, I asked her how she could tolerate being in those faculty meetings “with all those white men.” Don’t get me wrong here; I like white men. I’m married to one. My son is one. But I was asking her how she dealt with that roomful of unacknowledged privilege—white and male—and the dynamic that strengthens it. So I had a glimmer about privilege, then, though I hadn’t remembered saying that.

Law professor Mari Matsuda wrote about the early days of legal academia’s efforts to integrate in 1974, describing my law faculty colleague Charles Lawrence as delivering the message to other colleagues, “You are racist, and doubly so if you allow racism to persist in a place where you have the power to change business as usual.”[1] Matsuda portrays me as someone willing to say, “What if Chuck is right? Let’s hear what he has to say and think about what it tells us about our law school.” So I had a glimmer, then, though I hadn’t remembered saying that.

In 1976 I read The Chaneysville Incident by David Bradley, an African American historian and novelist. The book offers a meditation on the value of history versus the power of fiction to portray lessons from the past. Those lessons, the perpetration of racial domination by whites in the United States, repeat, rippling through the years, as white supremacy reconstitutes oppression in new, disguised or not so disguised ways. I wondered, when I finished that book, why Black people even bother to talk to white people. So I had a glimmer. That book has stayed with me.

But as Buddhist monk and peace activist Thich Nhat Hanh and Jesuit priest and antiwar activist Daniel Berrigan wrote in their meditation on Buddhist-Christian awareness, “The Raft is Not the Shore.”[2] I had (and have) a long way to go, from these glimmers of privilege to reckoning with my own whiteness.

Later in the 70s, a Black student in my Sex Discrimination and the Law seminar came to speak to me about the racism in the class, my racism and the other students’ racism, as well as the systemic racism in the law school. The discussion was pretty intense. At the heart of her criticism, the student expressed disappointment that I didn’t address racial justice issues more in the classroom, in response to either the curriculum or other students’ comments. I was lucky at the time to have some Black friends who were willing to talk to me about what had happened, about the student’s grievance, and about what to do next, especially since we had only one class left in the semester.

I cried for several days. It took me a long time to realize that the student had done me a favor. She felt safe enough and cared enough about me and about the class to talk to me. I tried to face my racism bravely. And I was lucky to have help—from friends and from a diversity consultant who was on retainer that semester by the school.

I had been skeptical about her, the diversity consultant. She was a white woman, and I thought “typical, the school wants to talk about race and they hire someone white.” I couldn’t have been more wrong. Frances Kendall understood that it was imperative for the students of color in the class to have a safe space to talk. She urged we meet in two separate groups: a group for the students of color (led by my friend and colleague Professor Trina Grillo) and the white students with me (led by Francie). In the white group, Francie led a conversation about the ABCs of white privilege. Yes, you may have been disadvantaged in other ways, even suffered greatly. Yet having white privilege conveys a particular, distinct societal benefit. Then these groups met together. We obviously did not solve all the world’s racial justice issues, but it was a step forward, at least for me. That experience set me on a lifelong learning curve, writing about race and white privilege, back when if you googled “privilege” the answers you got were: “privilege against self-incrimination,” “priest-penitent privilege,” or “doctor-patient privilege.”

White privilege is evasive. I mentioned those glimmers in my past because I wouldn’t remember, if my friends had not written about them. And they wrote about them because it was less usual for someone white to notice and speak out about racial injustice. Even though I have studied white privilege and thought a lot about it, I still forget. Which is part of the privilege. I have half-joked how I had to go through the process of writing the book Privilege Revealed (with contributions by Margalynne Armstrong, Adrienne Davis, and Trina Grillo) to remember what I knew.

That’s how the privilege works. It remakes itself into “just the normal way things are,” instead of the advantages, “the invisible knapsack” as named by Peggy McIntosh[3], that accrue to white skin. Particularly at this moment of double pandemics, COVID-19, the new one, and America’s history of racism and racial injustice, the pandemic we’ve had since the nation’s founding, I realize how much I still have to learn and remember–and act.

Once you remember to look for it, race and race dynamics are present everywhere. That means white privilege is everywhere, too. In one argument I had with Trina, she asked, “so do you win because you’re white?” I realized she was right, that some piece of my expectation that my argument would prevail came, unbeknownst to me, from my position in whiteness.

As a nation, we are at a moment when talk about race and white privilege is more common and less remarkable. But the raft is not the shore. We white people spend a lot of time trying to prove we are not racist. Let’s accept we are racist, benefitting from a system of white supremacy, and figure out what to do about it. We need more people reaching the raft, and we need to join together to reach the shore.

[2] Thich Nhat Hanh & Daniel Berrigan, The Raft Is Not the Shore: Conversations Toward a Buddhist-Christian Awareness (1975). Thanks to Frances Kendall for introducing me to this book and for pointing out the title’s connection to the operation of privilege. 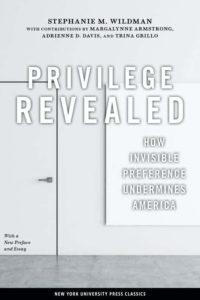 Stephanie Wildman is Professor of Law Emerita at Santa Clara University School of Law and the author of Privilege Revealed: How Invisible Preference Undermines America.

Feature image by Louis from Pexels.