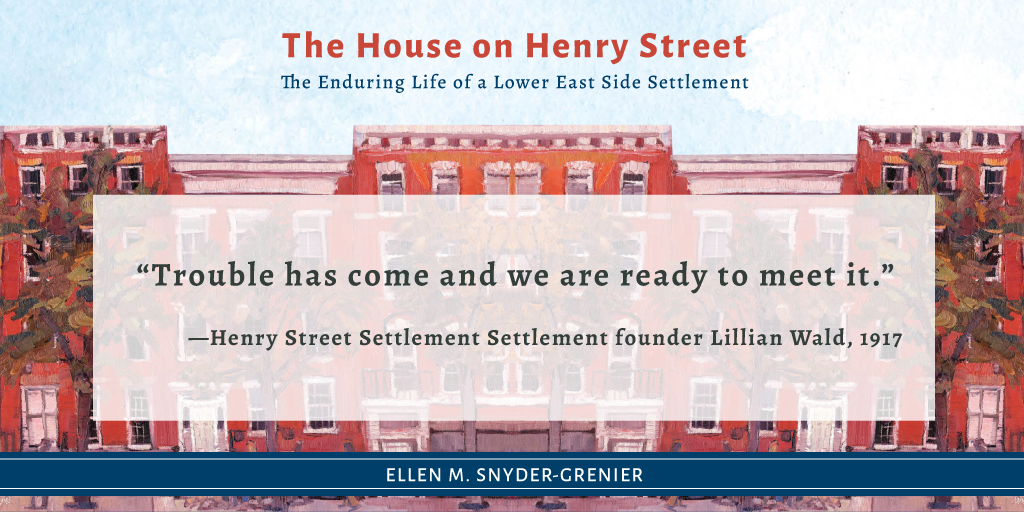 The coronavirus pandemic has enveloped the world in a new crisis. But crisis—and Americans’ often heroic response to it—is not new, especially at Henry Street. The Settlement’s track record for acting in times of need has created a blueprint for making decisions in the present as well as hope for the future.

In 1918, the deadly, incurable Spanish flu, much like today’s Covid-19, ravaged New York City; Henry Street sent its visiting nurses to the homes of sick patients around the city and mobilized a swathe of other agencies to help respond. During the Great Depression, when hunger and unemployment put their stamp on the neighborhood, Henry Street found work for unemployed neighbors, lobbied Washington for help, and created milk stations for children struggling with hunger. When juvenile delinquency and gang warfare erupted on the Lower East Side after World War II, the Settlement launched a sweeping, innovative program to address it: Mobilization for Youth.

In the 1970s, as New York suffered through its worst homelessness crisis since the Great Depression, Henry Street created the Urban Family Center for homeless families and their children. When the AIDS epidemic emerged in the early 1980s, Henry Street’s mental health clinic became one of the first in the nation to provide services specifically for those dealing with HIV and AIDS. On 9/11, as dust-covered survivors streamed past its doors, Settlement staff members shared bottles of water and telephones so evacuees could call family members—then launched a neighborhood resource center to help residents obtain emergency assistance. When Hurricane Sandy in 2012 flooded the subways, cut off electricity, and plunged the city into crisis, Henry Street delivered critical supplies to neighbors in need. Today, as ambulance sirens become a common sound on the streets of the Lower East Side, the Settlement is once again acting to provide desperately needed assistance for those impacted by the coronavirus pandemic.

For the major moments—as well as the everyday ones—Henry Street has been responding to crisis for 127 years and counting. The words that Lillian Wald uttered more than a century ago, that “Trouble has come and we are ready to meet it,” continue to ring true, as the Settlement heroically meets the needs of its neighbors, on the ground and in the community.