[This post originally appeared on The Hill’s Congress Blog.]

Listen to the words of any politician this Veterans Day, or head down to any local war memorial. Turn on a country radio station, or check out the bumper stickers on the nearest pickup truck. Think of the crowd reaction every time a soldier surprises his or her family by showing up behind home plate during the seventh inning stretch. If there in one thing, it seems, we can all agree upon in our polarized and hyper-partisan political culture, it is that everyone loves a veteran. Americans have quite rightly been bending over backwards to “thank a veteran” and to “support our troops” ever since the gut-wrenching stories of the neglect of the Vietnam generation became part of our collective consciousness. But if the ubiquitous gestures of goodwill and outpourings of appreciation for military service were consistently translated into practical services and benefits for returning servicemen and women, then perhaps their transition back to civilian life might be less of a burden than has often been the case. 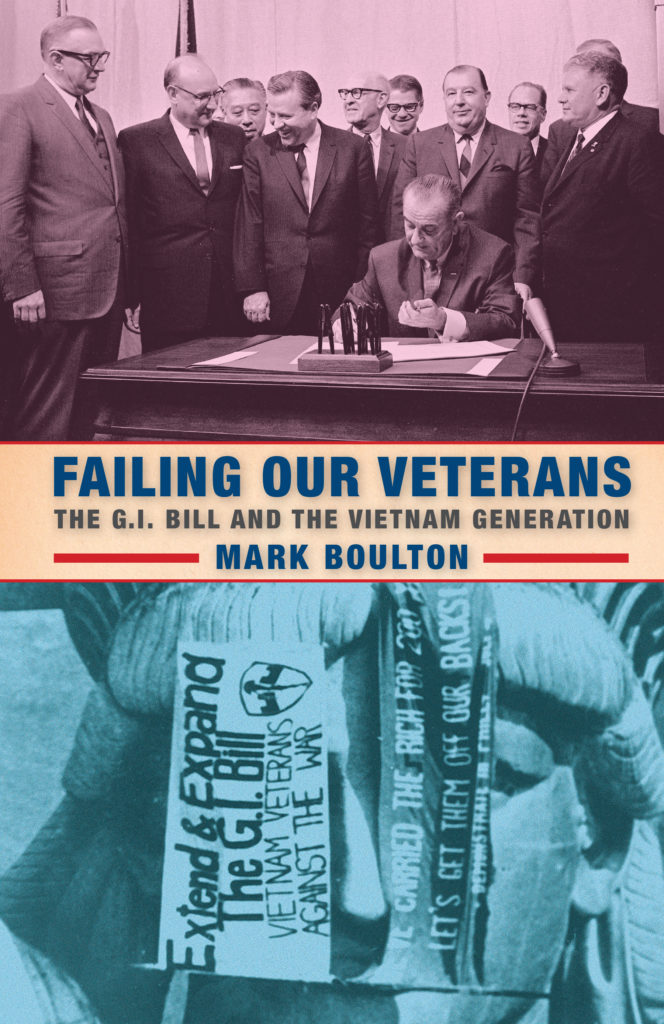 When the nation abandoned a military draft and transitioned to an all-volunteer force at the end of the Vietnam era, most Americans turned their backs on what had historically been a civic obligation to defend the nation. In doing so, they uncoupled themselves from the disruption and potential trauma in life often caused by military service. One would think, therefore, that there should be little quarrel when our representatives are tasked with crafting legislation and building systems that properly fulfill the debt owed those men and women sent to fight in our name. But time and again we hear stories of veterans still suffering from high unemployment rates, homelessness, post-traumatic stress disorder, and a host of other unattended physical and psychological problems. This past summer saw much outcry over the alarming and sometimes catastrophic shortcomings of the Veterans’ Administration. Just prior to that in February, Senate Republicans shot down a sweeping bill that would have greatly liberalized veterans’ benefits and access to healthcare in large part because of the strain it would put on an already stretched federal budget.

These were just the latest iterations in a long and troubling pattern of a slow and often inadequate federal response to our veterans’ needs. Politicians from both ends of the political spectrum have repeatedly demonstrated willingness to cut benefits for economic or ideological reasons when veterans needed them most. In the White House, for example, Franklin D. Roosevelt cut spending for all veterans, including those disabled in service, as he sought to reassess the nation’s finances during the Great Depression. Even though he did sign the generous 1944 G.I. Bill of Rights into law, later versions of the G.I. Bill were far less munificent. During the Vietnam era, Lyndon B. Johnson fought against a generous G.I. Bill for Cold War veterans for fear that it would divert funds from his broader Great Society social programs. Benefits for Vietnam veterans were similarly compromised by Richard Nixon who sought to slash federal spending, and by Gerald Ford who vetoed much-needed G.I. Bill improvements legislation in 1974 in an attempt to curb inflation. In an effort to trim the VA’s budget, Ronald Reagan attempted repeatedly to cut funding for outreach centers that provided vital counseling services for troubled veterans. The list could go on.

Everyone loves a veteran. But let us start showing them that love with more than just bumper stickers and well-intentioned gestures. Let us step up when they need us, not with a blank check or an open-ended commitment to a life living off the federal dollar, but with a more sensitive ear and a greater willingness to respond to their needs. Throwing more money at a problem does not always solve it, but in this case it can provide vitally needed programs and services. Coupled, certainly, with a reasonable expectation of accountability, let this be one area where cherished notions of small government and fiscal prudence are tempered by a greater sense of responsibility to assist those in uniform. This Veterans Day, remember to thank a veteran and to keep showing those the gestures of support—they do mean a lot. But when the next round of debates ring out on Capitol Hill over how much is owed our servicemen and women, let’s make sure that all is done to reasonably fulfill the debt they are owed. They answered our call: We must be better at answering theirs.

Mark Boulton is the author of Failing Our Veterans: The G.I. Bill and the Vietnam Generation (New York University Press, 2014) and an associate professor of History at Westminster College, Fulton, Missouri.