One powerful woman’s voice has dominated Women’s History Month this year. Sheryl Sandberg, the chief operating officer of Facebook, has appeared on television and radio programs, magazine covers and websites, flogging her new book Lean In: Women, Work, and the Will to Lead. Her solution to women’s continuing inequality in the workplace focuses on the internal barriers that hold women back, that make us pull back instead of “lean in.” She calls us to be ambitious, assertive, self-confident, unafraid; to ask for higher pay, to look for better jobs, to demand equal marriages, to aspire to leadership. To reach the top, she chides, we must get out of our own way. 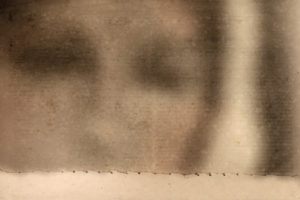 At first glance, Sandberg appears to be repeating a lesson that has animated women’s history and gender studies for several decades: “Well-behaved women seldom make history.” However, this well-worn slogan reveals both the truth and the flaw of Sandberg’s message.

Women often do lack the self-confidence to lean in, and this reluctance does hinder our advancement. But Laurel Thatcher Ulrich, the slogan’s original author, did not intend her words to be a call for women to misbehave, to step out of place, to lean in. She was observing how hard it is to study—and to value—the lives of ordinary women. Misbehaving women attract attention; ordinary women, by comparison, appear uninteresting, when they are noticed at all. To address this problem of invisibility we can join Sandberg’s call to lean in, or we can embrace Ulrich’s challenge to attend to the ordinary, a much more difficult task.

​Women’s historians have risen to this challenge in many creative ways. We have edited diaries revealing how ordinary women from the past lived rich and interesting lives. We have discovered letters and poetry that provide a glimpse of the interiority of women’s experience. And we have celebrated women who have broken gender barriers and fought for women’s rights.

In The Notorious Elizabeth Tuttle: Marriage, Murder, and Madness in the Family of Jonathan Edwards, I have reconstructed the life of a woman who, like most ordinary women of the past, left behind no first-person texts at all, not even a signature on a document. Because Elizabeth Tuttle was the paternal grandmother of colonial America’s greatest theologian, she has attracted attention, predictably, for her alleged misbehavior. She has been cast as a small villain in a large—and very male—story, who, by her mad threats and uncontrolled sexuality, drove her long-suffering husband, Richard Edwards, to petition for divorce. To complicate this construction I start at a different place—her ordinariness.

Viewing Elizabeth Tuttle as an ordinary puritan woman transforms her into a tragic figure whose life was fractured by a series of devastating losses and inconsolable griefs. ​Elizabeth Tuttle’s story helps us see that Lean In is flawed not because it reflects the elitist experience of an over-privileged woman but because it devalues the struggles of ordinary women, who should be recognized not just when they speak out but also when they quietly go about their daily lives.

Ava Chamberlain is Associate Professor of Religion at Wright State University and author of The Notorious Elizabeth Tuttle: Marriage, Murder, and Madness in the Family of Jonathan Edwards (NYU Press, 2012).