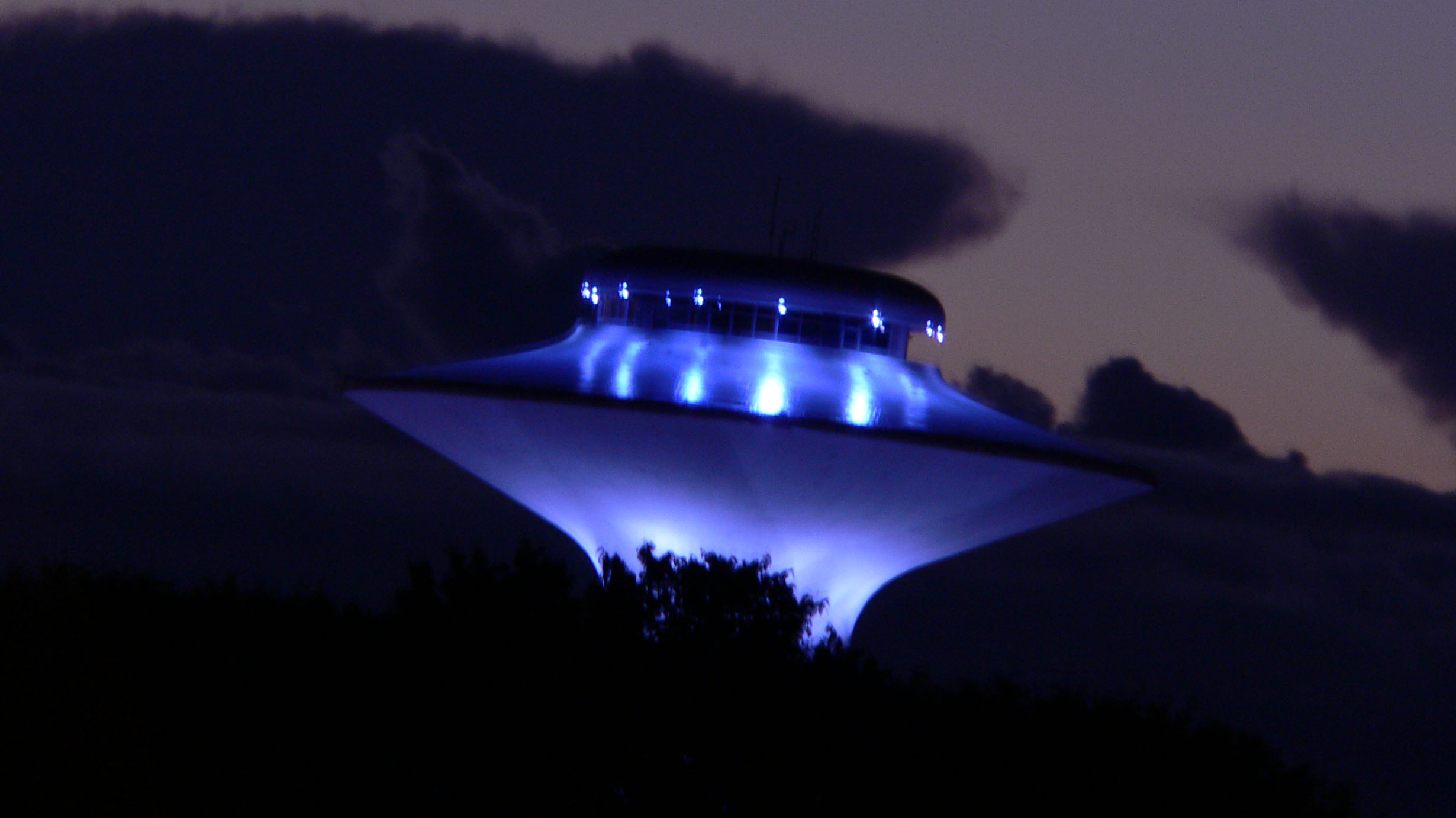 As Halloween descends upon us, we are excited to set the tone by featuring some interesting anecdotes, eye-opening insights, and more from the second edition of Paranormal America.

On September 19, 1961, Betty Hill, a New Hampshire social worker, and her husband, Barney, a postal worker, were driving home from a vacation in Canada when they spotted a “white star” in the sky. The Hills ignored the object until they became convinced it was tailing their car. A “chase” ensued during which they became extremely frightened. At one point Barney pulled to the side of the road to gaze at the object through binoculars. The object tilted downward in response and began a descent. Barney panicked as a row of windows came into focus, behind which stood figures in shiny black uniforms and matching caps. Fearing the creatures were going to capture him, Barney jumped back into the couple’s car to escape. And then…The couple was suddenly closer to home, with no memory of how they got there. Puzzled, they wearily completed their journey.

It seems that the object that tailed the couple several years previous had landed near their car. Several strange creatures then emerged and escorted the dazed Hills into their craft. Barney described the odd creatures in a hypnosis session with Simon. At first he likened them to a “red-headed Irishman” and then a “German Nazi” before ultimately settling upon a description more familiar to modern-day UFO enthusiasts

[They] had rather odd-shaped heads, with a large cranium, diminishing in size as it got towards the chin. And the eyes continued around to the sides of the head, so it appeared that they could see several degrees beyond the lateral extent of our vision. . . . The texture of the skin . . . was grayish, almost metallic looking. . . . I didn’t notice any hair . . . [and] there just seemed to be two slits that represented nostrils.

This widely publicized story of UFO abduction played a significant role in creating the modern phenomenon of UFO abductions and established the archetypal features of the strange creature that we normally associate aliens with. Despite the evident fascination that the American public has with the paranormal, the negative attitudes toward believers are pervasive as they are often portrayed as strange, marginalized people.

In fact, this is resonated in one of the authors’ account of telling his doctor about writing the book.

When this project first began, one of the authors was telling his family doctor about it during a routine medical appointment. The doctor listened patiently to the description of the project, and his first reaction was: “Why study these people? Aren’t they just nuts?” Even though a large number of people in the United States believe in UFOs and other paranormal phenomena, the popular stereotype is that those who lend credence to such topics are very strange indeed, or “just nuts.”

Yet, the 2014 Baylor Religion Survey revealed that 52% of Americans believe in the reality of at least one of six different paranormal subjects, which include alien visitations, UFOs, Big foot, mediumship, telekinesis, and hauntings. This means that statistically speaking, at least, we are living in a paranormal America.

Contrary to the common stereotype that people who have experienced the paranormal are fringe members of the society, the authors noticed “how poorly they seem to fit a marginal person model.” In a survey on UFO abductees, they found:

Nearly all of the UFO abductees (89%) reported their race as white, with the remaining respondents describing themselves as Native American. More striking were the findings for income and education. In 1990 fewer than half of Americans surveyed (46%) had attended college,compared to the majority of UFO abductees (68%). On the other end of the education spectrum, only about 12% of UFO abductees did not have a high school diploma, compared to almost a fourth of Americans (22%). More than half of the abductees held well-paying, white-collar jobs; they were electronics technicians, professors, therapists, and marketing representatives.

The authors offer a hypothesis for understanding these findings:

One way to understand why elites might be attracted to the paranormal is to think of paranormal beliefs and experiences as something that is “cutting edge.” Whenever a new technology enters the market there are people who immediately embrace it, people who are excited by new things and ready to take risks. Marketers call such people “early adopters.” Then there are the rest of us, who want to wait until a new idea or technology is fully proven before we jump onboard. Early adopters tend to be those that have more education, more income, and expansive social networks. They are people who have been continually exposed to new ideas throughout their lives via higher education and contacts with other educated people. They also have the resources to try new things. It is hard to imagine people doubting the staying power of the television, but when TV first became available it was the more educated, higher-income people who purchased the first sets. Of course, people with higher levels of income could both afford the new sets (new technologies are always more expensive when they first appear) and ignore the risk if TV did not take off. The latest smartphone is a less risky purchase for someone making $100,000 a year than for someone scraping by on $10,000. If we conceive of the totality of religion in America as a marketplace of supernatural ideas, then the paranormal represents fringe and often relatively new “products.”

Evelyn Wang is a student at NYU and marketing intern at NYU Press.

Feature image: UFO by Jonas Bengtsson. CC by 2.0 via flickr.