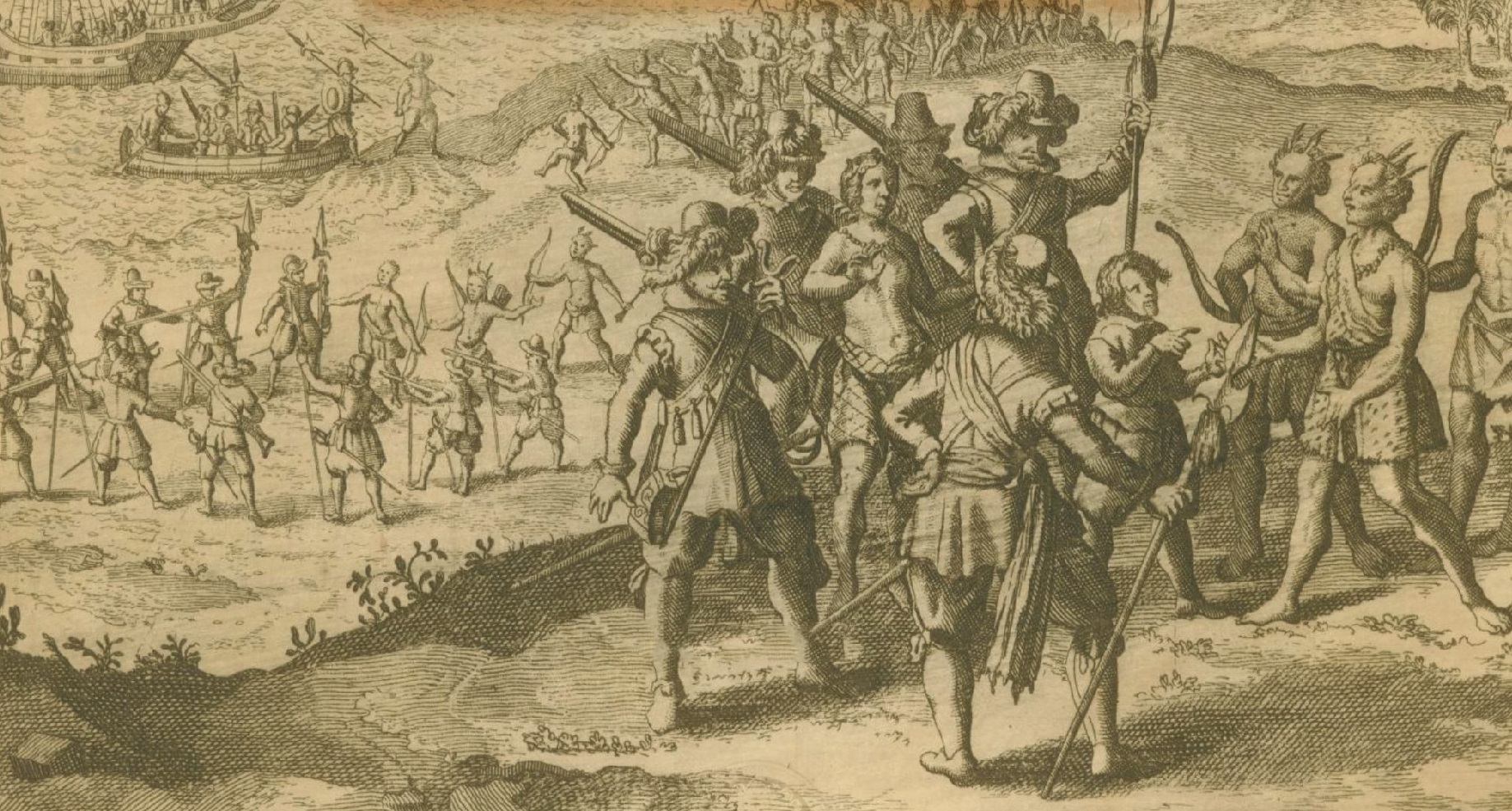 Pocahontas and the English Boys is about young teenagers who were suddenly thrust into situations they could not possibly have imagined.  Pocahontas was around ten when the English colony, Jamestown, was founded.  For a while she was principal emissary to the English for her father, the great chief Powhatan.  Later she was kidnapped and taken to Jamestown as a prisoner.  Thomas Savage was put on a ship that arrived in January 1608; he was thirteen.  The next year fourteen-year-old Henry Spelman came in the same way.  Both boys were sent to live with Pocahontas’s people after a couple of weeks so they could learn the language and culture from the inside.  Another boy, Robert Poole, arrived with his father and brother and was later sent away as Thomas and Henry had been.

I think I was drawn to their story because of my own experience when I was fourteen.  My father was an officer in the US Army in the Korean War.  Then his unit was moved to Hokkaido, Japan’s northernmost island, so my mother and brothers and I traveled to Japan on a troop ship from Washington State.

The post-World War II occupation had ended the year before we arrived, and American rules kept us separate from Japanese people and even encouraged us to regard them as dangerous. A few days before we landed, we were told to turn in all our US dollars (greenbacks); while in Japan we would use only scrip issued by the Army in order to stifle forgers.  It was a court-martial offence to eat food from a place that did not have a US certificate of approval.  The ads on Armed Forces Radio were all about how we should behave and present ourselves so that the Japanese would find us admirable.  My one close contact with a Japanese person was our live-in maid, a young woman named Kikue, whom we called Janie.

I was able to experience Japan in two different settings.  For the first several months, we lived in Misawa Air Force Base on northern Honshu as we waited for accommodations to open up on Hokkaido.  The village of Misawa was just outside the base gates, and we kids liked to walk along the main street and look at all the shops open to the street with many interesting things for sale, including yellow, white, and black dishes labeled “J.C. Penney, Misawa branch”.  I was aware that some of the kids from my school stole from these little shops

I started 9th grade there, and one of the remarkable facts looking back is that we were not offered a chance to learn Japanese language in school.  What an opportunity lost!  I remember there were eroded shallow foxholes in front of the complex we lived in and periodically there was an alert for which we had to go out and sit in them. After a few months in Misawa, we moved up to Hokkaido; Dad’s post was at Camp Chitose, but everyone lived in Camp Crawford near Sapporo.  We could not walk out to Sapporo, but we did drive to the city sometimes.

My experience was nothing like that of Pocahontas, Thomas, Henry, and Robert.  I lived with my family in an American setting, went to an American school, and ate American food from the commissary.  And yet I believe living in a strange land and being exposed to such a different, and very successful, culture–religion, foodways, dress, manners, and architecture–was transformative for me.  I also learned a lot about how important it is to read gestures, postures, and approaches, the kind of thing that became second nature to the kids in early Virginia.

I never thought the same way again after that experience, and I confess I found my high school contemporaries’ fixation on their cliques ridiculous when we returned to the US. And on reflection I think it was probably that experience that drew me to the topic of how English people thought about the American Natives in the earliest period of colonization for my PhD dissertation.  And that dissertation led me to the stories of Pocahontas, Thomas, Henry, and Robert. 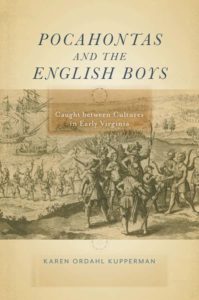 Karen Ordahl Kupperman is Silver Professor of History Emerita at New York University. Her books include The Atlantic in World History (Oxford University Press), The Jamestown Project (Belknap Press), and Indians and English (Cornell University Press), Winner of the AHA Prize in Atlantic History. Her book Pocahontas and the English Boys: Caught between Cultures in Early Virginia is now available in paperback from NYU Press.