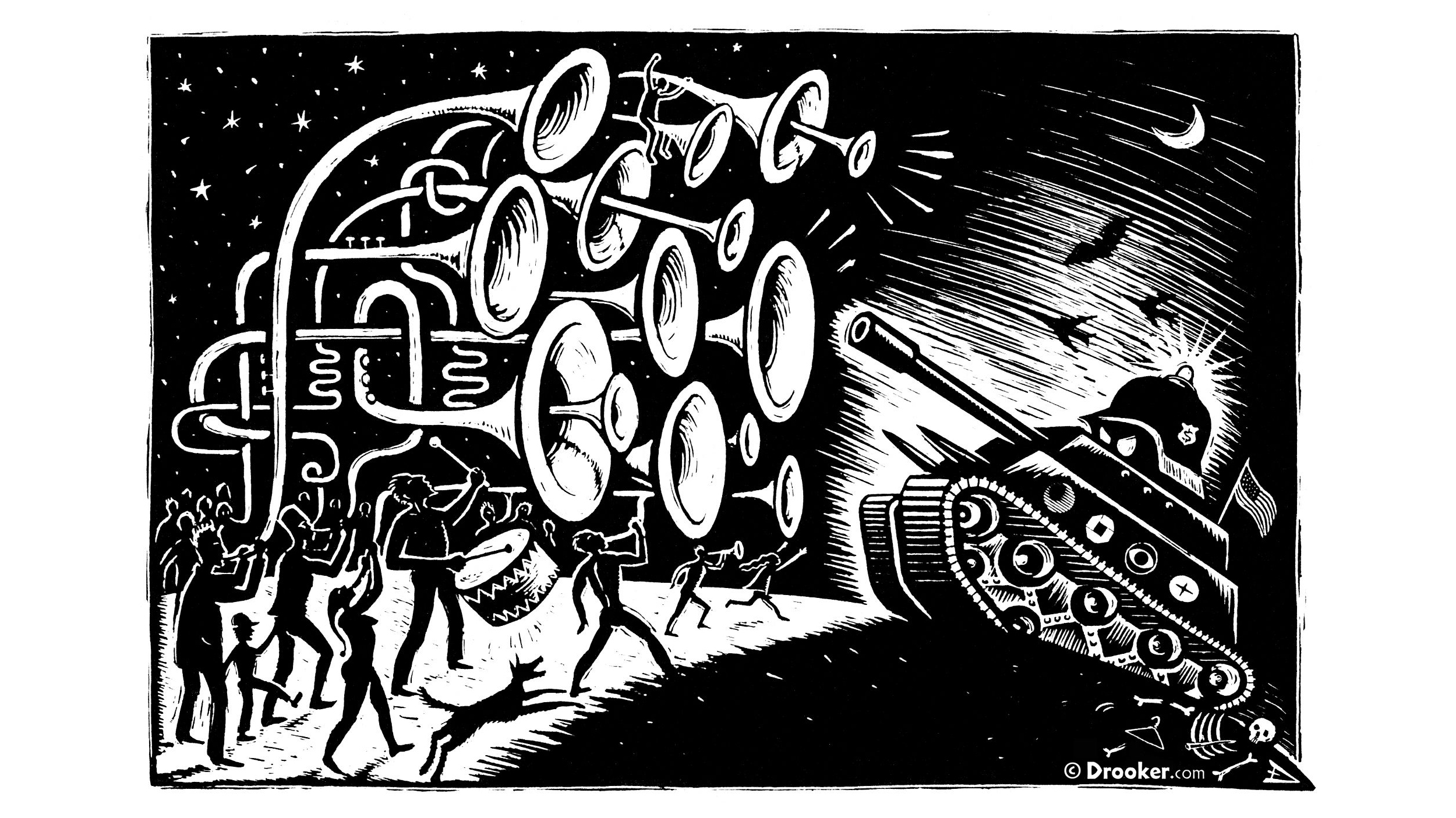 Recently, the unwillingness of Trump and his “people” to concede anything at all to the authority of demonstrable fact has generated a certain amount of pushback from the mainstream media, even though, one might have thought, the major media outlets were by this point largely acclimated to the dissociative character of political discourse – and I don’t just mean the rivers of pure fabrication and fantasy stats emerging over many long months from the Trump campaign. Tellingly enough, the dust up between Chuck Todd and Kellyanne Conway over press secretary Sean Spicer’s “alternative facts” turned on an issue of minimal interest to anyone except the size-obsessed president.

Whatever pleasure one may take in Todd’s spontaneous outrage, one really wonders whether he’s been paying attention to U.S. political culture in the last fifteen or so years, as even the pretense (never mind the integrity) of any adherence to evidentiary reasoning and verifiable fact has largely fled the White House, the Congress, and the seats of state government.

Political discourse has turned, by and large, prophetic: it is felt to be true, or not, but it has long since abdicated the dreary task of contending for authority in and over the real world.

Of course, the real world is a construct, not a given, and historically, much of the work on the political Left has been to demonstrate that the solid-seeming reality secured by existing institutions and relations of power is susceptible to more or less radical re-making. In this familiar political landscape, we assumed that governments and their allied institutions in civil society had a world-building function: they nurtured the sense that the governed inhabit a common frame of reference, one which imposed certain definite, “realist” limits on the public’s political imagination. The more radical the demand, the more the insurgents had to labor to erode this realist edifice – to debunk commonsense and contest established facts.

But the most recent election cycle is hardly our first indication that this is no longer the landscape on which we tread. As capitalism severs its historic marriage to democracy, as the neoliberal state abdicates any obligation to a public good, howsoever defined, it also loses the motivation to contain the different social fractions over which it governs in a shared referential world. Quite the contrary. When the aim is to de-institute the people as a force in political life, why bother to reproduce the context in which that mass political actor operates? Much better to let them drift into whatever convictions and non-intersecting dimensions of political faith.

Donald Trump did not create the world of “alternative facts.” Rather, the possibility of his election is the culmination of twinned processes: the dismantling of representational democracy in the U.S., and the de-realization of politics. Consider, for example, Barack Obama’s hallucinatory “progressivism” during the 2008 campaign. However keenly felt by his supporters, Obama’s progressivism did not correspond with what was always, by any objective measure, his resoundingly centrist agenda. It, too, was a species of “alternative fact,” functional for insuring that wide-spread disaffection with the wars in Afghanistan and Iraq, and with the on-going evisceration of the middle-class, would not amount to any significant reorientation of state policy.

From the point of view of the elites who rule us, the problem with Donald Trump is hardly that he represents some kind of turn away from neoliberalism, or something that is now alleged to have been a “progressive neoliberalism.” After all, his billionaire cabinet remains passionately committed to the upwards transfer of social wealth, via the private appropriation of public monies, and the removal of all barriers to corporate hyper-exploitation of human life, human labor, and the planet that sustains us. The problem is not his narcissism or delusions of grandeur, or his thoroughly paranoid view of the world; this pathology, I suspect, belongs to the category of acceptable risk. (Let’s remember that Sanders was shut down; Trump wasn’t.) From the point of view the elites, the problem with Donald Trump is the (unacceptable) risk that his fascist agenda might actually stem the drift: that it might foster the resurrection of the people, if not precisely as a mass political actor, at any rate, as a set of networked movements and organizations that could elaborate and assert, for the first time in decades, an oppositional (anti-elite) political power.

I agree with Michael Moore – I doubt Trump can last his term, or even close to it. The bigger uncertainty, it seems to me, is whether his election will have been the spur to the arrival of the governed into new forms of political agency.

Eva Cherniavsky is the Andrew R. Hilen Professor of American Literature and Culture at the University of Washington.  She is the author of Neocitizenship: Political Culture after Democracy (NYU Press, 2017), Incorporations, Race, Nation and the Body Politics of Capital (2006), and That Pale Mother Rising: Sentimental Discourses and the Imitation of Motherhood in 19th-C. America (1995).

Feature image by Eric Drooker. CC by 2.0 via Flickr.

One thought on “Political Culture after Democracy”