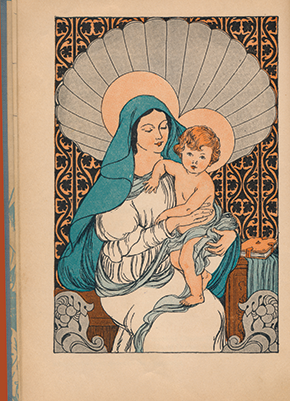 The news reports, blog entries, and tweets seem to be never-ending. Pope Francis is clearly news, and everyone wants to weigh in on the man, his message, and what it all means for both the papacy and the Catholic Church. Women religious in the United States have a special interest in Francis’ views on many subjects, especially those related to their status and ministry within the institutional church. His predecessor, Benedict XVI, placed the Leadership Conference of Women Religious (LCWR)—representing 80% of U.S. sisters and nuns—under the authority of Archbishop J. Peter Sartain, who has five years to oversee any reforms to the organization that he deems appropriate. Francis has not reversed this decision to date, and many are wondering when, if ever, he will decide to deal decisively with this particular issue.

At the same time, many women religious are finding signs of hope in the words and actions of the first Latin American pope. Sister Camille D’Arienzo, for instance, a former president of LCWR, is hopeful that the “nonsense” will simply go away. According to a recent article in the New York Times, it is Francis’s concern for the poor and marginalized that appeals to Sister Camille. In addition to ministering to those living on death row, she is the founder of the Cherish Life Circle, a group that offers support to men and women opposed to the death penalty. Francis, she believes, has convincingly demonstrated his belief that those who work with and minister to the poor and oppressed are indeed doing God’s work.

Historians are not supposed to predict the future, and I have no intention of changing that rule. I think—although ‘hope’ might be a better word—that Sister Camille and other sisters and nuns might be right. All signs indicate that Francis is in no hurry to pass judgment on the LCWR, but is anxious to turn the attention of Catholics to those in need. If that is indeed the case, he should not follow his predecessors, who chastised women religious for not doing enough to support the church’s teachings on sexuality. Instead, he should praise their work with, and concern for, the poor and marginalized.

Margaret M. McGuinness is Professor of Religion and Vice President for Mission at La Salle University, Philadelphia. She is the author of Called to Serve: A History of Nuns in America (NYU Press, 2013).