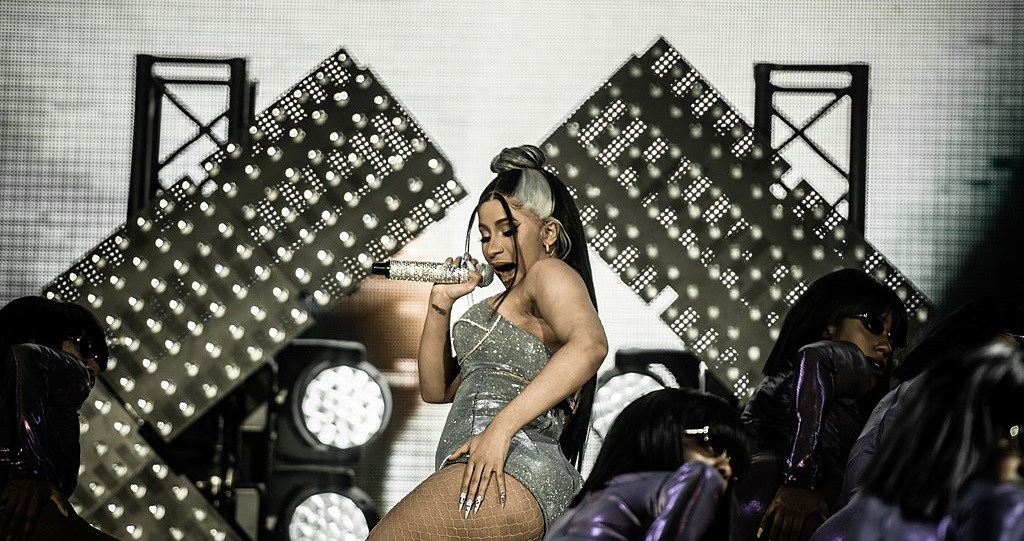 Tucker Carlson is upset. Again. This time it’s the Grammys. Tucker claims Cardi B and Megan Thee Stallion’s performance at the Grammys this week is “trying to degrade our culture and hurt our children.”  Quelle horreur, Tucker.  The performance of Cardi B’s song “WAP” was provocative, but I question Tucker’s indignation given we live in a culture that sexualizes everything from hamburgers to breast milk, in which men air drop dick pics to unsuspecting passengers on trains, busses and planes, female FOX news anchors wear tight-fitting sheath dresses, Christian pastors compliment their “hot” wives from the pulpit, and the former president could brag about “grabbing women by the pussy” and still get elected.  This is what I call “raunch culture” which I explore in my book, The Pornification of America: How Raunch Culture is Ruining Our Society.

Cardi B and Megan Thee Stallion are both a mirror of the culture, and a flashpoint of resistance to it for some.  In my book I talk about pornification and race, particularly how the legacy of slavery in which white male owners could legally rape enslaved black women still influences how people read black women’s bodies today.  In a pornified society, it’s difficult for any female performer to avoid sexualization, given the insistent pressure they experience to be “sexy and hot.”  It’s worse for black women whose bodies are historically and culturally “owned” more often than white ones.

Rather than singling out any one performer to praise or blame, I recommend we focus our attention on the culture.  Pornification is complex, and we need better skills and more practice talking about it.  Raunch culture matters because it is sexist, not because it is sexy. It sets expectations that women dress provocatively, and appear always “up” for sex while encouraging everyone to sexually objectify women.

Raunch culture also socializes women to focus on how they appear, not on how they feel.  In this way, pornification is the performance of sexy, not the juicy experience of it.  This is logical given that raunch culture is the offspring of the sex industry, what it looks like when attitudes, behaviors, and accoutrements once exclusively reserved for sex work filter into the mainstream like twerking, fake nails, breast implants, push-up bras, long dyed hair, smoky eye makeup, plump lips, Brazillian waxes, platform stiletto shoes (or “stripper shoes”), pole-dancing classes for exercise, thongs, and hairless bodies.  To be like a stripper or porn star is to look hot, and pretend arousal.  Actual strippers are reviewing their grocery lists, or figuring out if they have enough money for the electric bill during those lap dances, not feeling turned on by a customer’s erection.

Pornification takes a woman out of her own body and defines her sexual worthiness through the male gaze.  The women I interviewed for my book explained that the heightened body consciousness promoted in raunch culture makes them feel unattractive, unhappy, and unworthy – and this inhibits their experiences of sexual pleasure.  For example, “Nicole” said that she feels self-conscious about the way she looks when she is having sex.  She explained, “I am thinking about how my thighs look fat from this angle, and I’m not in the moment.”  In any case, women’s actual sexual pleasure is irrelevant within raunch culture, which instead markets the following sexist narrative: it’s empowering to be a live sex toy for men.  In other words, women should fake those orgasms to show how “hot and sexy” they are, not actually have any.  The cycle of blame and outrage media personalities like Tucker Carlson accelerate when they attack celebrities like Cardi B and Megan Thee Stallion keeps viewers focused on “bad actors” rather than a problematic culture.  I suggest that if Tucker really “doesn’t hate” nor want to “degrade” women, perhaps his energy would be better spent addressing the sexualized workplace at FOX news, and its casting couch culture. 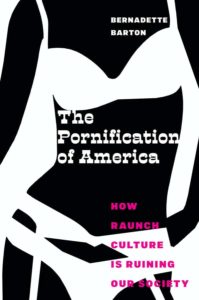 Bernadette Barton is Professor of Sociology and Gender Studies at Morehead State University, and the author of Stripped: More Stories from Exotic Dancers and Pray the Gay Away: The Extraordinary Lives of Bible Belt Gays. Her new book The Pornification of America: How Raunch Culture Is Ruining Our Society is now available from NYU Press.