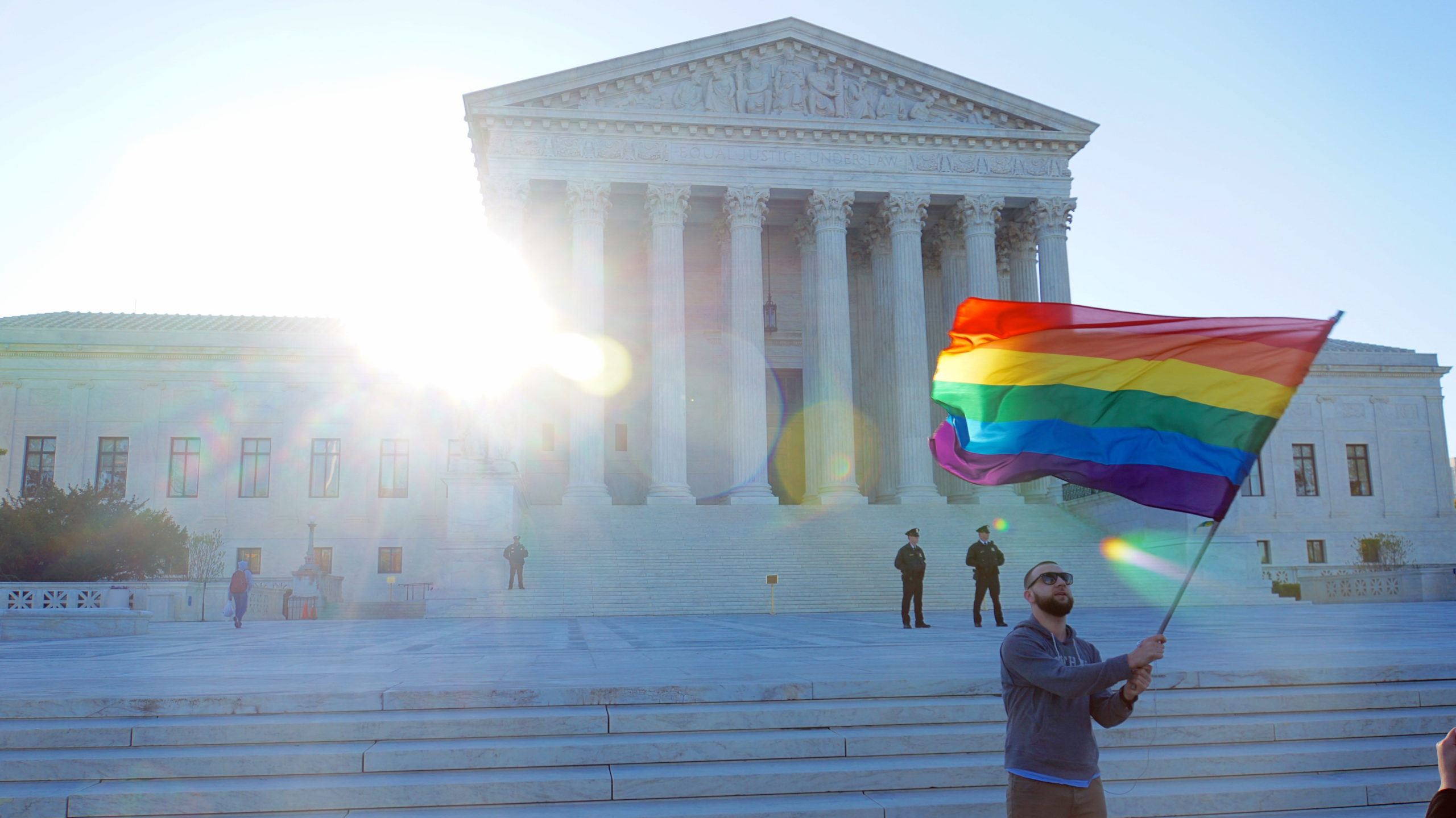 Gay Pride has played two, seemingly contradictory, functions: both a celebration of identity but also a call to action against continued oppression.  This was true at the Stonewall Inn in 1969, during the height of the Gay Liberation Movement in the 1970s, and throughout the AIDS crisis of the 1980s and early 1990s.  It was also true during the fight for marriage rights, seemingly-successfully concluded in 2015.  It remains so today, in particular with regard to transgender people.

In each of these eras, the oppression that furnished part of the rallying cry of Pride rested, at a basic level, on a view of LGBT people as less-than.  The police who casually invaded bars and arrested, humiliated, and often assaulted the patrons did not think much of gays and lesbians as humans entitled to basic dignity.  The anti-gay forces in the 1970s that opposed non-discrimination ordinances and, even more cruelly, sought to prevent gay men in particular from occupations that brought them into contact with children surely did not believe that their opponents deserved equality.  Similarly, and with deadly effect, government officials who ignored and then downplayed the AIDS epidemic were, quite literally, indifferent to the human suffering of gay men.  Later, opposition to same-sex marriage rights, while sometimes cast in more sympathetic terms, necessarily rested at some level on the idea that same-sex relationships did not merit the same recognition and dignity as opposite-sex ones.  Today, the panic over restrooms reflects a warped understanding of transgender identity.  A shorthand for all such attitudes is “animus.”

In my recently published book, Animus: A Short Introduction to Bias in the Law, I explained the concept of animus as it applies to constitutional equal protection law.  In a non-legal sense, “animus” is often understood as dislike, pure and simple.  Thus, it’s easy to understand how much anti-LGBT sentiment, and in particular, laws based on such sentiment, can be attacked as grounded in “animus.”  But as I explain the book, translating this common-sense understanding into workable legal doctrine is tricky.  Governments, as institutions, don’t “dislike” groups.  Of course, they act at the behest of constituents who might.  But figuring out how to draw that connection—in particular, figuring out when a government action does not aim at a legitimate public good but instead aims simply to oppress—requires careful analysis.

Animus tries to piece together the components of a workable legal doctrine from the cases—including gay rights cases such as Romer v. Evans and United States v. Windsor—where the Court has concluded that such dislike or animus motivated government action.  From those cases one can discern an approach to animus that relates closely to another equal protection doctrine: that governing how courts determine when government has intentionally discriminated.  The requirement that an equal protection plaintiff demonstrate discriminatory intent is controversial among legal scholars.  But if we examine the outlines of how the Court instructs lower courts to apply it, we can find fascinating parallels to the Court’s analysis in the animus cases.  And that makes sense: as a matter of logic, asking whether government intentionally burdened a group is a close cousin of asking whether government burdened a group simply because it wanted oppress it.

These inquiries are not the same, and Animus explains the differences.  But as we reflect on Gay Pride, and on both the accomplishments of the gay rights movement as well as the challenges that even today LGB (and especially T) people continue to face in this post-Obergefell world, it’s more important than ever to understand what “animus” means, not just on the streets, but in the courtroom.

William D. Araiza is Professor of Law at Brooklyn Law School and author of Animus: A Short Introduction to Bias in the Law (NYU Press, 2017) and Enforcing the Equal Protection Clause: Congressional Power, Judicial Doctrine, and Constitutional Law (NYU Press, 2016).