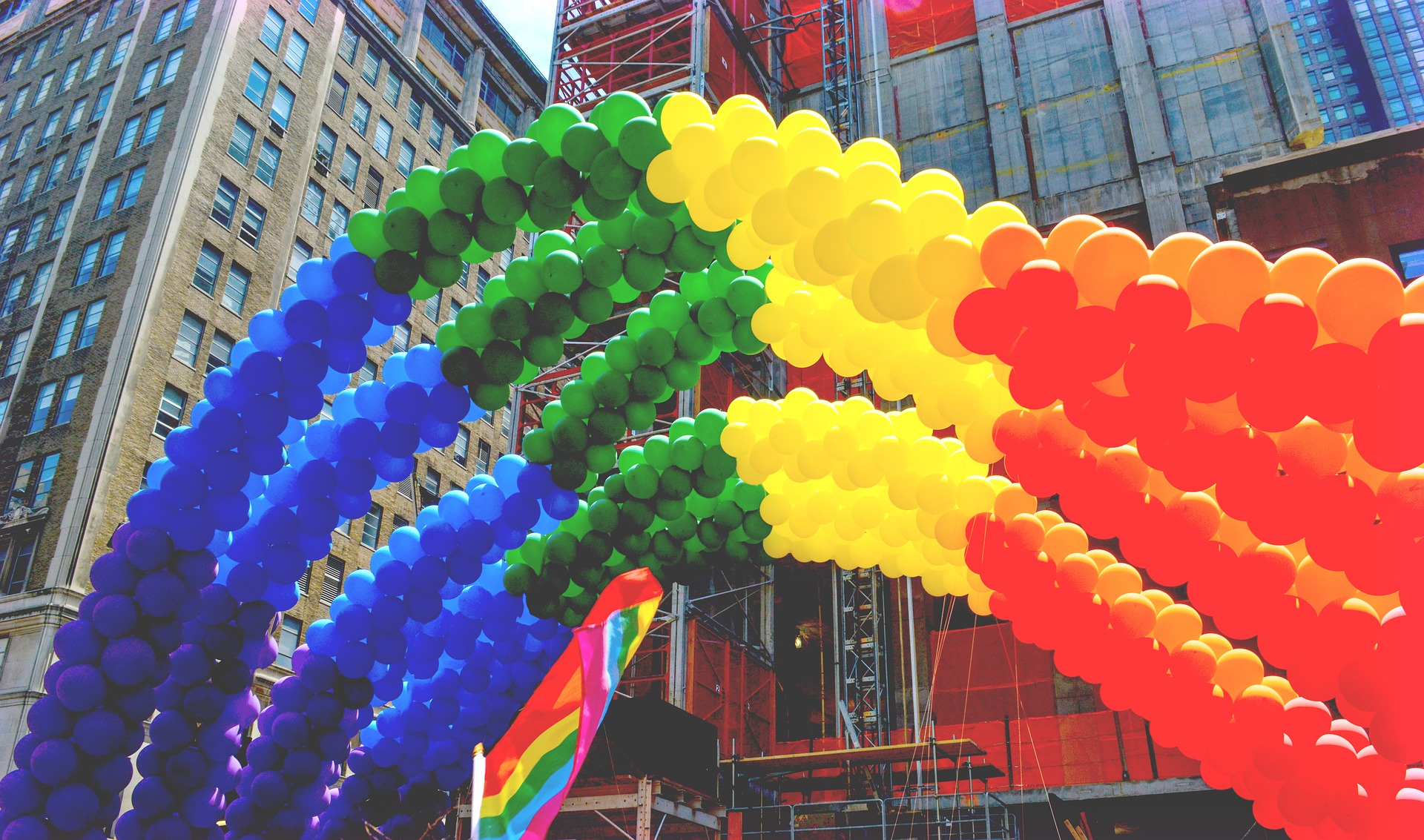 NYU Press published Marc Stein’s book The Stonewall Riots: A Documentary History in 2019. The timing coincided with the fiftieth anniversary celebrations and commemorations of Stonewall. More recently, Marc completed “Documenting the Stonewall Riots: A Bibliography of Primary Sources” (https://history.sfsu.edu/content/documenting-stonewall-riots-bibliography-primary-sources), which he made available in time for the fiftieth anniversary of the first gay pride marches, parades, and protests in 1970. We posed a set of questions to Marc about his new work.

What do you do in “Documenting the Stonewall Riots” that you didn’t do in your book?

The idea of the book was not to provide another narrative account of the Stonewall Riots; I wanted instead to encourage readers to explore historical sources for themselves, to understand and appreciate the historian’s craft, which necessarily involves extensive work with primary sources.

In the course of producing the book, I collected thousands of primary sources, most of which were from newspapers, magazines, and newsletters; out of these, I selected the 200 that were reprinted in the book. For the book’s two chapters on the Stonewall Inn and the Stonewall Riots, I reprinted most of the documentary sources I collected, but for the other chapters I could only reprint a very small selection. In order to encourage further research and interpretation, I thought I would share citations for the other materials I collected.

What might a researcher learn by looking at additional sources?

MS: I can answer that with a few examples. For a particular protest or demonstration that took place in the years just before or just after Stonewall, my book generally reprinted one media story, but other stories might have provided other details, alternative perspectives, or conflicting information. For a specific vision statement, exploring additional sources might help a researcher consider the development of the author’s perspectives over time. For pride marches, parades, and protests, looking at multiple accounts can help a researcher develop stronger conclusions about crowd size, political conflicts, and logistical challenges. More generally, researchers might benefit from comparing accounts in mainstream, alternative, and LGBT media, and by comparing accounts in lesbian, gay, trans, feminist, and African American media. These materials could be useful in particular for teaching students about historical methods and practices.

Why didn’t you include these bibliographies in the book?

MS: The book primarily functions as a documents reader, though certainly there’s lots of interpretation going on in my introduction, my topical coverage, my chapter organization, and my selection and editing of texts. In this genre, it’s not necessarily expected that the author will provide extensive references to additional materials or annotations that “correct” mistakes in the original texts. Had I done either of those things, the book would have been much, much longer!

In addition, as I was working on my book, I began thinking about new bibliographic possibilities that are created by online technologies. One advantage of an online bibliography is that it can be updated as new sources are discovered, identified, and shared. I very much hope that “Documenting the Stonewall Riots” will be a living bibliography. If users send me additional citations that I can authenticate, I will make them available to the public. There are probably thousands of additional primary sources that could be added to my chapter bibliographies. I hope I’ll receive many recommendations at [email protected].

Are the primary sources in your bibliographies accessible for general readers?

MS: Some are; some are not. Many LGBT periodicals have now been digitized. Some of these are open access; many more are available primarily via college and university libraries through databases such as LGBT Life with Full Text (EBSCO) and Archives of Sexuality and Gender (Gale).

As I’ve argued elsewhere, we have to be very careful in using these databases; for example, they tend to exclude more sexually explicit and sexually radical publications. For alternative/left periodicals, I most often rely on Reveal Digital’s Independent Voices project, which is now open access. For mainstream and African American newspapers and magazines, some are open access and some are not. With respect to mainstream periodicals, we couldn’t afford the permission fees for reprinting many relevant stories in my book, which was a shame and an outrage. Some of these newspapers and magazines have offensive histories of covering LGBT topics, and yet they wanted to charge me and other queer studies scholars thousands of dollars in permission fees.

Are they really trying to profit from their history of anti-LGBT media bias? The least they could do is make these stories available for free to LGBT archivists, educators, historians, journalists, librarians, and scholars. In the meantime, the online bibliographies provide citations for these items and individual researchers can find them.

The world is a different place in June 2020 as compared to when your book was released last year. How does the book and the online bibliography speak to today’s moment?

MS: Right now, historical research is even more dependent on digitized sources than it was before; research trips to historical archives are severely constrained. In that context, my book and the online bibliography could be useful for historians, students, and others who are working from home.

With respect to the topics covered, this year there’s been lots of interest in commemorating the fiftieth anniversary of the first gay pride events in 1970. My final chapter bibliography references hundreds of media accounts of gay pride marches, parades, and protests from 1970 to 1973. Most are illuminating; many are fun; some are funny!

More generally, I’m struck today even more than I was last year by the number of items in my book that relate to police abuse, harassment, and violence. The bibliography in particular opens up new possibilities for research on dozens of police assaults, attacks, and killings, many of which have been long forgotten.

Finally, in the last few weeks we’ve been witnessing a powerful revival of the Black Lives Matter movement, which of course relates to ongoing struggles against systemic racism and police violence. In solidarity with that movement, I’ve compiled a partial list of items in my bibliography that relate to African American LGBT history (see below). Note in particular that we will soon be marking the fiftieth anniversary of Black Panther leader Huey Newton’s August 1970 letter about women’s liberation and gay liberation (Document 118 in my book).

Chapter 1: African American participation in the Council on Religion and the Homosexual, 1965 (see bibliographies related to Documents 2-3, including references to A. Cecil Williams) 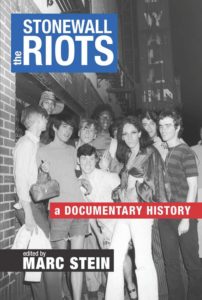 Marc Stein is the Jamie and Phyllis Pasker Professor of History at San Francisco State University. He is the author of Rethinking the Gay and Lesbian Movement (2012), Sexual Injustice: Supreme Court Decisions from Griswold to Roe (2010), and City of Sisterly and Brotherly Loves: Lesbian and Gay Philadelphia (2000), and the editor of the Encyclopedia of Lesbian, Gay, Bisexual, and Transgender History in America (2003).

Feature Image by gagnonm1993 from Pixabay