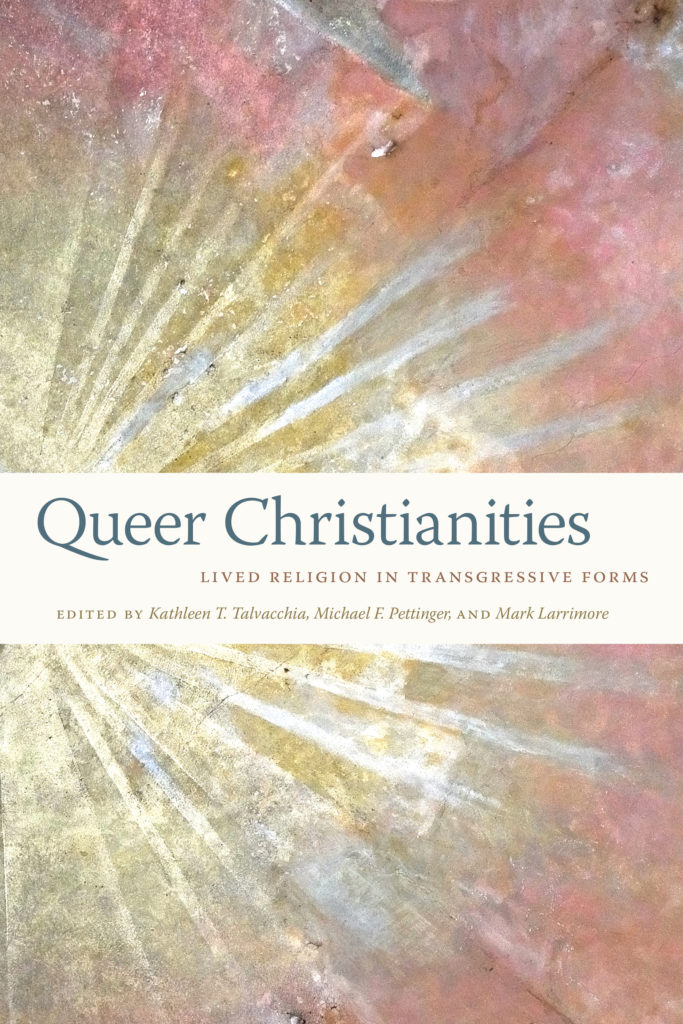 With those words, our co-editor Mark Larrimore captured the most compelling reason for editing a book like Queer Christianities. He also hit on the greatest challenge we faced as editors. We wanted to start a new conversation, one grounded in the lived experience of individuals who consider themselves queer and Christian. The problem was that the delicious variety of their lives resisted any easy organizing principle.

So how do you give structure to a queer Christian discussion without closing out some voices and locking those included too rigidly into place? We thought about dividing it along denominational lines – Catholic, Protestant, Orthodox. But would there be space for people to talk across those divisions? We considered arranging it according to different sexual identities. But the number of such identities was indefinable and fraught with potential conflict. Was there room at the table for heterosexuals? If we included gay and lesbian Christians who opt for heterosexual marriage or celibacy, would we alienate those who see these choices as a surrender to oppression? And what about the divergent methodologies that such a discussion would inevitably call upon – could theologians, theorists, philosophers, historians, sociologists have an intelligible conversation? If they are scholars who practice a tradition, how do they integrate their academic and religious commitments?

The solution came almost as a joke, at the end of a long afternoon spent tossing out ideas and shooting them down. Why not borrow the language of the Christian states of life? We could have three parts – one on matrimony, another on celibacy, and a third on whatever else is left over.

At first, the idea seemed slightly ridiculous. After all, weren’t these “states of life” precisely the sort of tidy, stultifying taxonomy that queerness tries to resist? Weren’t the terms old-fashioned even among Christians? And what exactly is contained in the category, “whatever else is left over?” Does such a thing even have a name? Is it a name that anyone would want to claim?

In order to open these concepts to the many lives we wanted to explore, we had to queer them. As abstract singular nouns, “Celibacy” and “Matrimony” might name suffocating monoliths, but in the plural, “Celibacies” and “Matrimonies” point to the myriad ways in which specific individuals resist, reimagine, and reinvent these forms in their own lives. These plural nouns called for another plural to name the third part. After repeated discussion, we chose “Promiscuities,” a word that evokes the multiple forms of exclusion that have haunted the history of Christianity, while pointing to the many types of erotic relationship that queer Christians are reclaiming.

The states-of-life model proved capacious in ways that we could not have anticipated. Not only did it make it possible for theologians and social scientists of religion to speak with each other about queer Christian lives, it also opened the way for queer Christians to engage the academy on their own terms. Rather than creating three separate conversations around three static topics, the model allowed voices addressing one state of life to echo or respond to what was said in another. Indeed, the tracing of ideas between the three parts of the book mirrors the lives of queer Christians, as individuals transitioned from one state of life to another, and even inhabited multiple states simultaneously.

This surging dynamism is perhaps the single most important thing we have discovered in editing this conversation. As Mark pointed out, the lives of queer Christians “can be expected to keep pushing the limits of normalizing structures of all kinds.” The resulting harmonies and dissonances suggest further possibilities for queering and Christianity. This book is not a conclusion. It is only the beginning of a new and lively conversation.

One thought on “Queer Christianities: A new conversation”