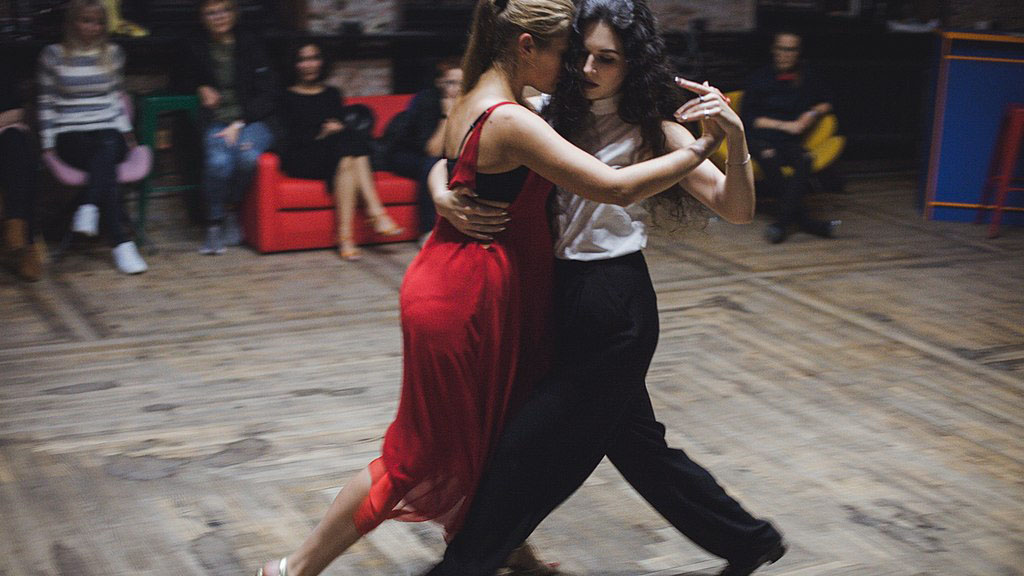 Feminists consider Argentinian tango to be the most heterosexist dance around. Like no other social dance, tango seems to embody all that is wrong in power relations between the sexes. In tango, men lead and women follow.  Men do the inviting, while women have to wait in fear of becoming wallflowers. Women tend to be dressed in skirts with splits and stiletto heels, swooning passively in the arms of virile – preferably macho Latino – men. Argentinian tango is, in short, the embodiment of traditional hyper-heterosexual masculinity and femininity. It should, therefore, be no surprise that feminists across the globe are rallying against it.

A recent article in the NYT describes how a coalition of activists calling themselves the Tango Feminist Movement have marched into the traditional dance venues of Buenos Aires (the birthplace of tango), criticizing the sexual harassment which occurs on and off the dance floor and providing guidelines for appropriate behaviour.  They condemn traditional tango songs because they are full of sexist stereotypes that condone the violence of jealous men and generally portray women as ‘rag dolls’ to be dragged around the dancefloor by their male partners. These concerted actions against traditional tango are, however, not quite as novel as they may seem.

In my book Dancing Tango: Passionate Encounters in a Globalizing World I describe how queer tango first appeared in the gay scene in the early nineties and how it subsequently developed into what seemed like a viable option for anyone who wanted to dance tango, but in a different way. Queer tango is more than a space where same sex couples can dance tango without fear of harassment.  It is a full-fledged program for transforming tango: the culture of the salon, the way tango is danced (performance), but also the politics of tango more generally.  Queer tango starts with making the salon a place with fewer rules, more freedom and more room for friendship and community than is possible in more traditional venues. The central tenet of queer tango is that every dancer should be able to dance with whoever they like, gay or straight, young or old, fat or thin.  And, depending on their own desires and the desires of their partner, they should be able to lead or follow, and even switch positions mid-way through a dance if they like. It is this ‘intercambio’ or switching of positions which is taught in queer tango classes and is even more important than learning steps or appreciating the music. It is what enables queer tango to be queer. Queer tango not only changes the culture of the salon and the way the dance is performed, however.  It is also a political project intended to encourage an exploration of gender in all its complexity and to provide an inclusive space for anyone with a non-normative agenda. Since its inception in the 1990s, queer tango has become a global movement with international festivals offering not only dance demonstrations and workshops, but also lectures on queer theory and politics.

One of the most exciting expressions of queer tango today is its activism.  Particularly in Argentina, queer tango has become an integral part of street theatre, demonstrations and manifestations against everything from ‘femicidio’ (violence against women) to human rights and climate change.  It is not unusual to see queer tango flash mobs and representations at Women’s Marches and Gay Pride parades. Queer tango dancers are also active in community centers where they teach tango to the elderly or people with disabilities.

Tango activism offers the special quality of a dance that invites strangers to encounter one another in a close embrace and share the intimacy of moving together to music. Queer tango activism belongs to a new kind of cultural politics which celebrates embodied difference, making intersectionality and inclusion its centrepiece. 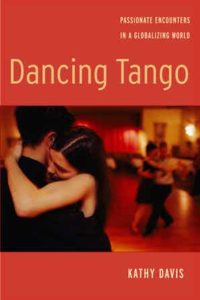 Kathy Davis is Senior Research Fellow in the Sociology Department of the VU University in Amsterdam in the Netherlands. She is the author of numerous books, including The Making of Our Bodies, Ourselves: How Feminism Travels Across Borders.