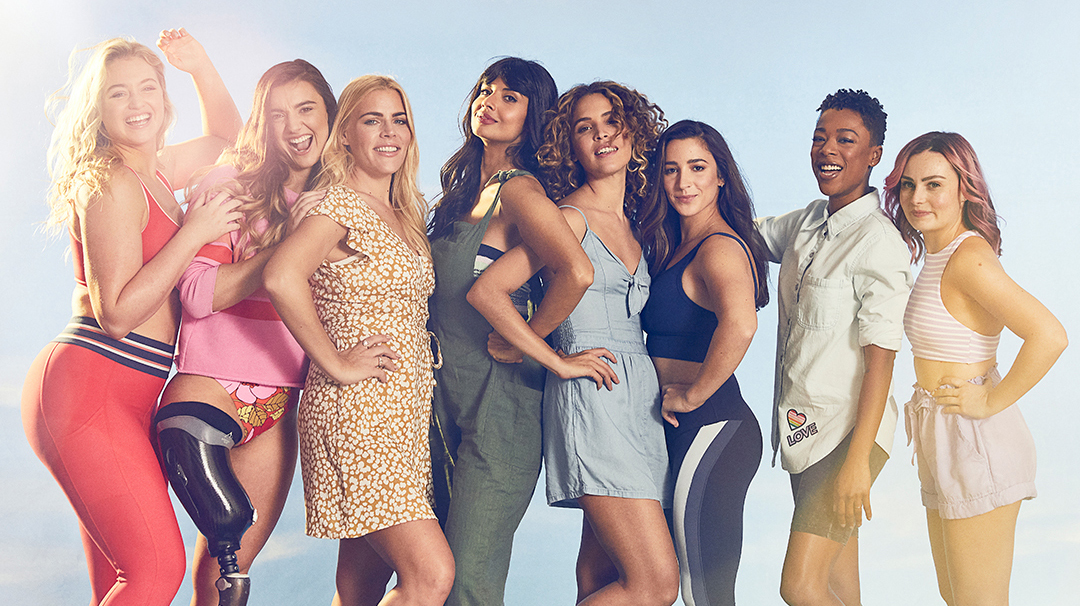 This summer, the eco-friendly clothing brand Summersalt launched its swimwear collection with the “Every Body is a Beach Body” marketing campaign, which featured a diverse group of women of various sizes and body types. The goal, according to brand co-founder Lori Coulter, is “to help women find their swimwear soulmate so they can enjoy their summer exactly as they are.”

Summersalt is following in the footsteps of other brands that have launched viral body-positive marketing campaigns, such as American Eagle’s lingerie line, Aerie. In 2016, Aerie made headlines with its #aerieREAl no-airbrushing campaign featuring plus-size model Iskra Lawrence. Since then, the campaign has evolved to include a number of celebrities, athletes, and social media influencers in photoshop-free ads.

Among the most recent cohort of Aerie Role Models is Jameela Jamil, actress and creator of the @i_weigh Instagram account that challenges individuals to measure their worth by their accomplishments rather than their body weight. Most recently, she fought to not have her image retouched in the promotional ads for the television show The Good Place. Likewise, model Kate Upton appears unretouched on September’s cover of Health magazine.

These anti-Photoshop campaigns that stress “real” bodies “exactly as they are,” serve to counter the narrow and quite distorted image of beauty presented by Hollywood and Madison Avenue.

The media landscape is inundated with heavily processed and manipulated images of idealized women who are remarkably smaller than the average woman. The typical commercial fashion model, who appears in catalogues and commercial print ads that sell anything from clothing to laundry detergent to the masses, wears anywhere between a women’s size 2 and 6. According to the CDC, the average weight for adult women 20 years and over is 170.5 lbs. (She also has an average height of almost 5 feet 4 inches and a waist circumference of 38.7 inches.) This translates to about a size 16 or 18 in women’s sizes.

It is important to note that a fashion model is not an ordinary woman. She works in fashion because she stands out due to her atypical bodily features in terms of height, weight, symmetrical facial features, and proportional frame. Her body becomes a blank canvas to clients. A slew of aesthetic professionals—photographers, stylists, makeup artists, and hair professionals—work on her. Then, photographers and image editors manipulate the photos either by airbrushing or photoshopping, a practice illustrated in Dove’s Evolution commercial. The final product that appears in print or on the Internet is, ultimately, a carefully constructed fantastical image, i.e., an illusion, that hides the active work done by and on the model.

While Summersalt and Aerie alter the landscape by eliminating Photoshop from their image production process, their attempt to increase size diversity actually maintains the status quo. The plus-size models on display are typical commercial plus-size models.

The commercial print world is dominated by a specific image of plus-size beauty involving bodies on the smaller end of the plus-size spectrum. The typical, commercial plus-size model is tall with a minimum height of 5’8’’ and wears a woman’s size 10 to 16.

Modeling agencies that focus on commercial print work represent plus-size models who fit within this narrow range in size because there is not enough work for models larger than a size 16. While conducting my ethnographic research in New York City, one agent told me, “that is what advertisers want,” even plus-size ones, echoing a circle of blame commonly expressed within the industry: agents blame designers for their model demands and designers blame agents for their supply of models. This institutionalized tradition results in the increased visibility of models (like Robyn Lawley at a size 12, Iskra Lawrence at a size 14, and Ashley Graham at a size 16) who inhabit the small end of the plus-size spectrum. Consequently, size 18 and up models are virtually absent in print but, instead, work predominately as fit and showroom models, since 18 is a common sample size in plus size.

Plus-size fashion companies produce lines of clothing that range from a size 14 to 24. These companies usually build their lines from a pattern based on a size 18 fit model. Designers and clothing manufacturers hire fit models to try on garments at various stages of production to determine the fit and appearance of the pieces on a live person. When it comes to selling these garments, however, smaller models are more often hired to appear in the print advertisements. “Larger” plus-size models work behind the scenes in fashion while the “smaller” ones are out in the spotlight.

Fashion has a tendency to hide bodies over a size 16 from consumers. An estimated 67 percent of American women are considered plus size, but plus-size bodies only appear in 2 percent of media imagery, but, with every new body-positive campaign, we get a step closer to revealing real bodies in media. 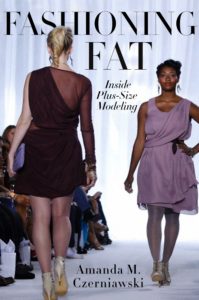 Amanda M. Czerniawski is Assistant Professor of Sociology at Temple University and the author of Fashioning Fat: Inside Plus-Size Modeling, available from NYU Press.

One thought on ““Real” Bodies in Body-Positive Fashion Campaigns”