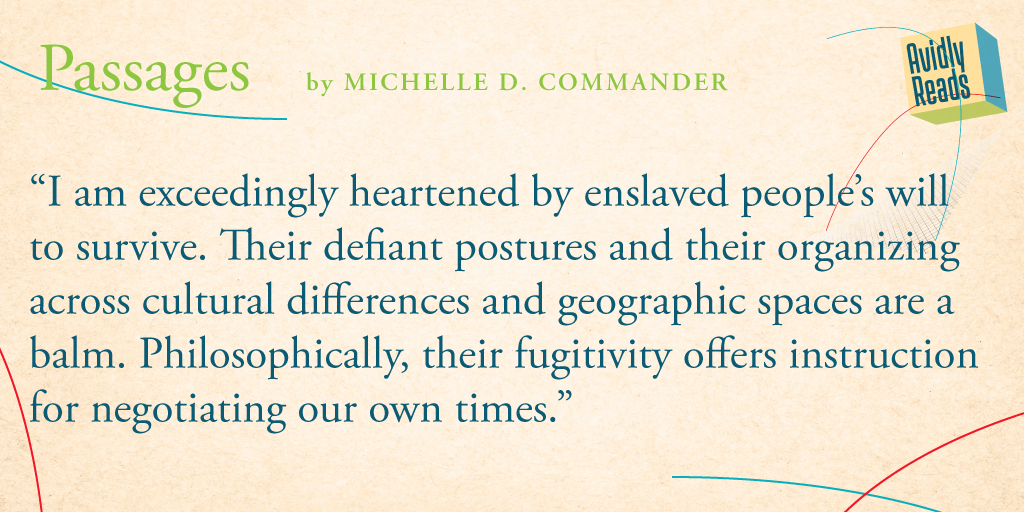 As a descendant of enslaved Africans, it is difficult to confront the breadth of loss that is announced by the archive—the narratives that are imparted in personal letters, histories, and legal records. Formal African American collections curated by professionals and carefully tended and passed on family heirlooms and stories offer us mediated glimpses into the past. And while they can offer so much, the knowledge they offer as well as their gaps and silences, can often be too much emotionally. Engaging with the intimacy of both familial connections and the physicality of touching materials once held by an ancestor or that which records something about the life of a relative, can be at once cathartic and devastating. As I wrote Avidly Reads Passages, I found myself mourning for those long dead. I grieved deeply—sometimes centuries later—about their pain and the ways that entire communities and societal structures worked together to relegate my family members and their counterparts to that of inanimate property. I grappled with what I already knew and what I didn’t. I lamented the ways that the passage of time has meant almost nothing across the Atlantic World. In the afterlife of slavery, Black life and being are still largely surveilled, policed, and despised. But what I also observed in the archives is that Black life and culture contained joy, pleasure, and evidence of the ways that African Americans have been able to live, love, and thrive artistically as they endeavored to create alternative worlds even as they negotiated social alienation and terror.

Writing during the Harlem Renaissance in 1925, Arturo Schomburg outlined the stakes of producing counternarratives about Black history, life, and culture when he wrote about the importance of maintaining and interpreting Black archives, “The Negro must remake his past in order to make his future…History must restore what slavery took away” [Arthur A. Schomburg, “The Negro Digs Up His Past” (1925)]. The same is true in the twenty-first century. And while our current times are perilous and we are still contending with centuries-old issues, there has been a kind of racial reckoning over the past several months in the United States, though so much still needs to be done. In the public square, debates have erupted over how we remember and narrate history, presenting opportunities for addressing inequalities and unearthing long-silenced or forgotten Black histories and their legacies.

Years before our current health and social crises necessitated that we curb how, where, and when we move, I became somewhat preoccupied with the Black mobility. I began to trace the ways that structural forces attempted to regulate how Black folks moved or didn’t move and how they imagined the possibilities for realizing true liberation in their current moment and in the future. I am fascinated by the cultural and political phenomena of Black migration whereby people of African descent attempt to establish a collective politics of refusal by assuming defiant postures despite the imminence of death. I have discussed such creative employments of the imagination using the language of flight in previous works, reflecting across time and space on the ways that African diasporans have taken back control over their bodies, including those kidnapped and enslaved African peoples who resisted in literal and figurative ascension via rebellion during the Middle Passage by careening themselves in suicidal leaps from slave ships, through the aligning with one another to forge kinship networks, and via a long history of migratory flights throughout the Atlantic world for presumably better chances at life.

Conducting research for and writing Avidly Reads Passages were much more difficult tasks than I could have ever anticipated at the outset. With my maternal family especially in mind because I grew up with them in the shadows of the plantations on which our ancestors had labored, I began untangling the many narrative threads that I felt might give my family members and me a fuller sense of our history and Black mobility in the Lower Richland area of South Carolina during and since slavery. It is a short book, one in which I have placed into conversation quite a few histories and anecdotes about my family and myself, narratives about enslaved and free Black peoples’ lives, and the implementation of restrictive laws to control the ways that Black people were able to comport themselves particularly in the U.S. South. Each chapter is named after a mode of transportation: the slave ship, train, automobile, and bus, which assists me in framing a coherent, urgent story about passages.

In addition to Arturo Schomburg, Lucille Clifton, a poet to whom I often turn for clarity, quite plainly laid out the stakes of my penchant for backward glances—my desire to see and know what master narratives deign to bury. Clifton’s poem “i am accused of tending to the past” is a profoundly tender, clear-eyed reflection on the import of getting at the truth of history despite those who believe wholeheartedly in national myths of progress and insist that the past has no bearing on the present. The task of counter-narrativizing is one that Clifton so beautifully took up in her body of work. This poem resonated so much for me as I undertook the archival research and difficult conversations needed to arrange the pieces. The first stanza of the poem is particularly resonant:

i am accused of tending to the past

as if i sculpted it

with my own hands. i did not.

this past was waiting for me

My purpose is and was clear: to tend/to care/to speculate in the afterlife of the barbarity of slavery. The questions that remained with me as I wrote this book and still remain as I embark on new writing and curatorial projects is: How do I properly tend to the dead and he nearly dead? To the revolutionaries and the fugitive-minded? To those for whom social alienation and dispossession are a bitter, spiritually engulfing inheritance? A profoundly personal story, Avidly Reads Passages is my journey into the past to gain better understandings about slavery and white supremacy and how they reverberate and threaten Black lives in our own times. 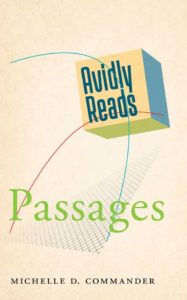 Michelle D. Commander is Associate Director and Curator of the Lapidus Center for the Historical Analysis of Transatlantic Slavery at the Schomburg Center for Research in Black Culture. Before joining the Schomburg Center, she was an Associate Professor of English and Africana Studies at the University of Tennessee, Knoxville. A Ford Foundation and Fulbright Fellowship recipient, Commander is the author of Afro-Atlantic Flight: Speculative Returns and the Black Fantastic. Her new book Avidly Reads Passages is now available in the Avidly Reads series.