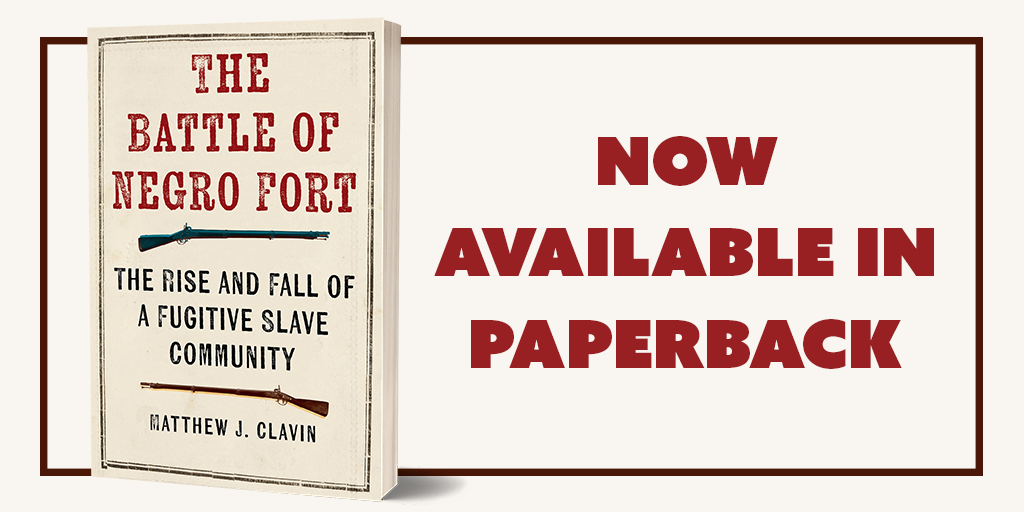 Black lives did not matter to Andrew Jackson, at least not in the way we would prefer. As a successful slave owner and trader who was hell-bent on spreading the South’s increasingly peculiar institution across the continent, he well understood the economic value of Black bodies to himself and the other White people who claimed ownership of them. In the aftermath of the War of 1812, when a potential threat to the United States’ system of chattel slavery emerged in Spanish Florida, Jackson vowed to eliminate it, regardless of what the law or Constitution had to say about it.

The threat was Negro Fort, a military compound erected on the eastern shore of the Apalachicola River by the British Royal Marines during the late war that after its conclusion remained exclusively in the hands of hundreds of fugitive slaves. Left an extraordinary cache of supplies, arms, and ammunition by their red-coated collaborators, these escaped slaves, or maroons, survived independently for more than a year with the assistance of their Seminole and Choctaw allies. While most of the fort’s original inhabitants had escaped from the Spanish towns of Pensacola and St. Augustine, they were later joined by large numbers of fugitives from the southern United States as word of the fort’s survival spread.

By attracting enslaved people from the United States, Negro Fort also attracted the attention of Andrew Jackson and other pro-slavery officials who used the fort’s existence as a pretext for war. In July 1816, hundreds of Creek warriors—who these officials promised a bounty of $50 for every fugitive slave captured—joined more than 100 American soldiers and sailors and invaded Spanish Florida with their sights set on Negro Fort. Despite explicit instructions from President James Monroe not to engage in any hostile acts below the nation’s Southern border, the multiracial proslavery force persisted. Following a two-week-long battle with the fort’s defenders, it destroyed the compound and killed or captured nearly all of its inhabitants.

In telling this story, The Battle of Negro Fort: The Rise and Fall of a Fugitive Slave Community illuminates an important moment in the early American republic’s history regarding both slavery and White supremacy. While the nation’s Founding Fathers were generally ambivalent about slavery and its future, Andrew Jackson and the civilian and military leaders responsible for the assault on Negro Fort were not. Indeed, they felt no compunction about illegally invading a foreign territory to capture fugitive slaves—and neither state, local, or federal authorities did anything to stop them. To the contrary, many leaders supported the invasion and celebrated its outcome.

As we continue to struggle with the power and history of racism, it is instructive to remember the United States’ role in the destruction of Negro Fort. Four decades after declaring that all men were equal, the American government allowed a rogue Army general, who would become a two-term President and alleged architect of American democracy, to orchestrate an illegal invasion of a foreign territory to hunt fugitive slaves. The incident proved the existence of the Slave Power, while setting a precedent regarding the state-sanctioned use of deadly violence against Black people. It is a legacy that survives today. 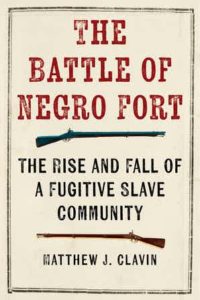 Matthew J. Clavin, Professor of History at the University of Houston, is the author of Aiming for Pensacola and Toussaint Louverture and the American Civil War. He is the author of The Battle of Negro Fort:The Rise and Fall of a Fugitive Slave Community, now available in paperback from NYU Press.