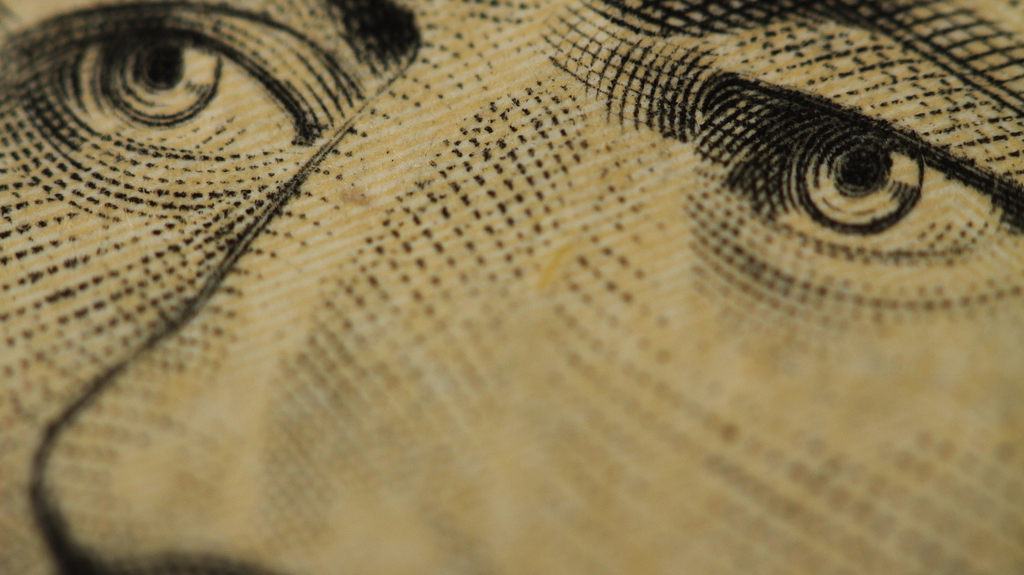 [This piece originally appeared on Process.]

As someone interested enough in American history to read this blog, if you haven’t recently encountered Alexander Hamilton—through his escape from possible relegation off the $10 bill or, more likely, the Broadway musical Hamilton with its exposure on late-night TV, presidential kudos, Grammy appearance, Billboard R&B best-selling cast album; or through your Hamilton­ lyric-quoting students or children—please look up. It’s time to emerge from your library or book-lined study to catch a whiff of 2016.

What’s especially noteworthy about Hamilton’s recent posthumous pop-culture stardom is that it was launched by a dozen-year-old biography that is once again on the best-seller lists: Ron Chernow’s Alexander Hamilton (2004), published at the bicentennial of the first Secretary of the Treasury’s fatal duel with sitting Vice President Aaron Burr. Broadway star Lin-Manuel Miranda read it on a vacation, made Hamilton’s life the subject of his eponymous Pulitzer-, George Washington-, and MacArthur Prize-inspiring musical, and the “ten-dollar founding father without a father,” as he’s introduced in the musical, has been on as big of a roll as can be expected for a dead great white man these days. How should we think about Chernow’s massive account—currently again one of the top-selling history books in the nation—not only as a biography and work of history, but also at the epicenter of this new Hamilton-mania?

First, on its own terms. Having penned well-received biographies of Gilded Age tycoons, Chernow aimed to produce a “large-scale, go-for-broke, authoritative text on Hamilton.”[1] Two out of three ain’t bad. Weighing in at 731 pages (exclusive of footnotes), Alexander Hamilton delivers a compelling sense of its subject as an ambitious, dashing, combative, brilliant, tireless striver, a man always on the make who appeared incapable of sustaining having made it. Chernow sifted through Hamilton’s prodigious output, and provides the fullest account of Hamilton we’ve seen, including the best illumination of his Caribbean early years, readable accounts of his various political maneuvers, and a sensitive consideration of his complex marriage to Elizabeth Schuyler Hamilton. It offers perhaps the most extended treatment of Hamilton’s personal relationships.

That said, Alexander Hamilton is far from definitive on the Federalist Papers’ most prolific contributor. Chernow deeply mined Hamilton’s writings, but barely scratched the surface of the prodigious scholarship on the founding era’s politics and culture, and it shows. The resulting close focus fails to give readers a sense of Hamilton’s broader meaning in his time and place. Worse, it enabled Chernow to indulge his own instinct to go to great lengths to elide or defend Hamilton’s mistakes, excesses, and questionable actions in ways that a broader knowledge of the period might have tempered, better serving readers and history. Chernow failed to report on Hamilton’s subtle encouragement of a military coup, seemed not to notice Hamilton’s extremely disdainful view of democracy, and vehemently denied, despite Hamilton’s own assertions, that Hamilton’s financial program was specifically geared toward the wealthy. Chernow also exaggerated Hamilton’s abolitionism, arguing with little basis that his “staunch abolitionism formed an integral part of [Hamilton’s] economic vision,” and greatly oversold Hamilton’s abolitionist activities, for example, strangely touting that in 1788, amid Hamilton’s whirlwind of activity, he “stepped up his involvement in the Manumission Society,” a commitment that even Chernow admitted consisted of attending a single meeting.[2] In sum, Chernow bestowed many strikingly crafted words on Hamilton, but not the last ones.

Lest we think that the explosion of interest in Hamilton based upon a publishing blockbuster is unique and permanent, some perspective is in order. John Adams enjoyed a similar golden moment, sparked by David McCullough’s biography John Adams (2001), one of the best-selling books of the past several decades, and boasting many of the same virtues and faults as Chernow’s treatment of Hamilton. Conservatives latched onto McCullough’s Adams for his resolution, a quality they also admired in George W. Bush. Those liberals open to McCullough’s flattering interpretation of Adams eventually seized upon the second president’s resistance to going to war with France in light of their own opposition to war in Iraq, although just as many saw parallels between the ill-conceived 1798 Alien and Sedition Acts and the Bush Administration’s pushing of the Patriot Act. In 2001 Adams-mania prompted Congress to authorize the private funding of a national Adams monument on the National Mall in Washington, D.C. Congress has since extended the fundraising window several times, though whatever buoying the nation’s second president got from the award-lavished, critically-loved, and historian-loathed 2008 HBO series based on McCullough’s book has long since subsided.

Similarly, today, we have crafted a Hamilton of our own moment: for conservatives, the financial founding father relatively unsullied by slaveholding that Chernow depicted; for liberals, Miranda’s hip-hop immigrant who’s launched a thousand social media memes and mash-ups.

The irony is that the Hamilton we desperately want is not the Hamilton the 2010s sorely deserve, one that Alexander Hamilton (and, for that matter, Hamilton) only partially reveals: a merciless political partisan, a man who exposed his own sex scandal in shocking candor, and the architect of a financialization of fiscal policy that profited the early republic’s 1%. But then, that is the continued appeal of “founders chic”: that through their grand achievements the founders seems to belong to all Americans, and in our distance from them, their outlines are blurred enough to make of them what we will while choosing to ignore their blemishes.[3]

Read a review of Fighting over the Founders by R. B. Bernstein in American Political Thought.