The Russian adoption ban and the U.S. Magnitsky Act offer all the absurdity of the Cold War, with less geopolitically at stake. Both sides are claiming the other is cruel to children, and neither is making much sense. There are real issues to talk about related to the care of children, but the conversation in the blogosphere and the press on both the Russian and U.S. sides relies on caricatures of each other, children, and adoption.

In early December, Congress passed and Obama signed the Magnitsky Act, which was aimed at Russian officials responsible for the death in prison of Sergei Magnitsky, a lawyer who had supposedly uncovered a tax fraud scheme by Russian officials against Hermitage Capital Management, a U.K.-based financial company that lobbied heavily for the Act. It also imposed visa and financial sanctions against all Russian officials responsible for “gross violations of human rights.” It’s unclear at best what this means, but it does seem to violate U.S. and international law—Russian officials apparently could have assets frozen and even be incarcerated if they set foot on U.S. soil, based simply on allegations by U.S. NGOs. 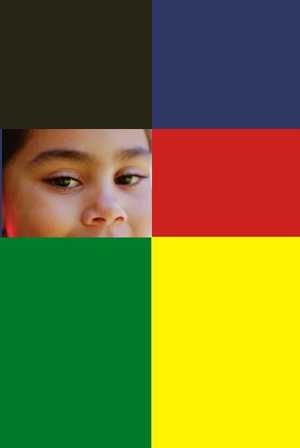 Russia responded by denouncing the hypocrisy of the U.S.—noting human rights abuses in Guantánamo’s prison—and its parliament passed the Dima Yakovlev Act, which banned U.S. NGOs, including those involved with adoptions, from operating in Russia. Dima Yakovlev was an adopted Russian toddler who died in July 2008 when his new father left him strapped in a hot car for nine hours in a Washington, D.C. area parking lot. The case made headlines in Russia when the father was acquitted on manslaughter charges, joining a steady stream of other terrible cases reported in the press of Russian adoptees being beaten, neglected, and killed by their U.S. parents—igniting calls for an international adoption ban.

While the actions of a mother in Tennessee, who put her seven-year old adopted son from Russia on a plane back to that country in 2010, made headlines in the U.S., for Russians it was just another in a long series, a steady drumbeat of distressing stories about serious abuse of Russian adoptees. While there is little doubt that it was the Magnitsky Act that precipitated the ban on U.S. adoptions from Russia, it wouldn’t have been possible to mobilize so quickly to stop them if there were not already a great deal of pre-existing political sentiment in this direction.

The whole thing seems like nothing so much as the Nixon-Krushchev kitchen debate, the 1959 exchange between the two leaders about a washing machine in a model house they were touring with press in tow. Krushchev accused the U.S. of “capitalist attitudes” that exploited and oppressed women in the home. Nixon touted the U.S. standard of living, and said that while misogynist attitudes were universal, the purpose of things like washing machines was to make things easier for “our housewives.”

The Magnitsky-Yakovlev exchange mirrors this conversation in all its foolishness. The trouble with the U.S. position is that it is entirely too sentimental about how great the nuclear family is for children, while the Russian side is too cynical. For one thing, the U.S. press keeps talking about Russian “orphans.” But almost none of the children living in large Russian institutions—about 120,000, according to most estimates—are actually orphans. They are, like the 400,000 children in the U.S. child welfare system, victims of variously bad circumstances, from parental homelessness to alcoholism or mental illness to abuse. Some have physical or emotional disabilities that make it very difficult for them to live in a family. Certainly the Russian child welfare system has few things to recommend it, being among other things severely underfunded. (One possibly productive side-effect of all of this is the promise of more funding flowing to Russian child-welfare institutions.)

On the U.S. side, after our own experiments with large-scale institutions for children through the 1960s, we have swung to a new anti-institutional extreme that is informing our desire to “rescue” Russian “orphans.” We imagine that virtually all children—no matter what their history, their emotional or physical state, or the likelihood that their parents might return for them or at least visit—would be better off in a nuclear family. This is sentimental and naïve. While most adoptions of children from Russian institutions go well, post-institutional children or those dealing with the aftermath of abuse—whether they’re from U.S. foster care, Russian orphanages, or any number of other places—sometimes have extremely challenging behaviors, outside the box of normal childhood challenges. Some are frighteningly violent, which accounts for some (although by no means all) of the reports of U.S. parents responding with terrible violence of their own to Russian adoptees. The Tennessee single mother who returned her son to Russia had told the local sheriff in her town that the seven-year-old had made credible threats that he would burn the house down while she and her other children slept. She got no help. As the viral circulation of the blog post known as “I am Adam Lanza’s mother” made clear, we have few supports and essentially no idea what to do when families say they are afraid of their children’s violence. This, alongside a rejection of the therapeutic culture that seems to have little to offer either parents or children in these situations, provokes a certain acquiescence and even support for the kind of “spare the rod, spoil the child” parenting that can lead to horrific abuse.

The Russians, like Krushchev in 1959, imagine our families as places that exploit the weak and vulnerable—children, this time.

There is nothing good about the Magnitsky-Yakovlev exchange, nor what it produces for institutionalized Russian children or adoptees in the U.S. But let’s use this opportunity to talk about real issues facing children, parents, and states in the U.S., Russia, and across the globe.

Laura Briggs is Associate Professor and Department Head of Gender and Women’s Studies at the University of Arizona. Her book International Adoption: Global Inequalities and the Circulation of Children was published by NYU Press in 2009.