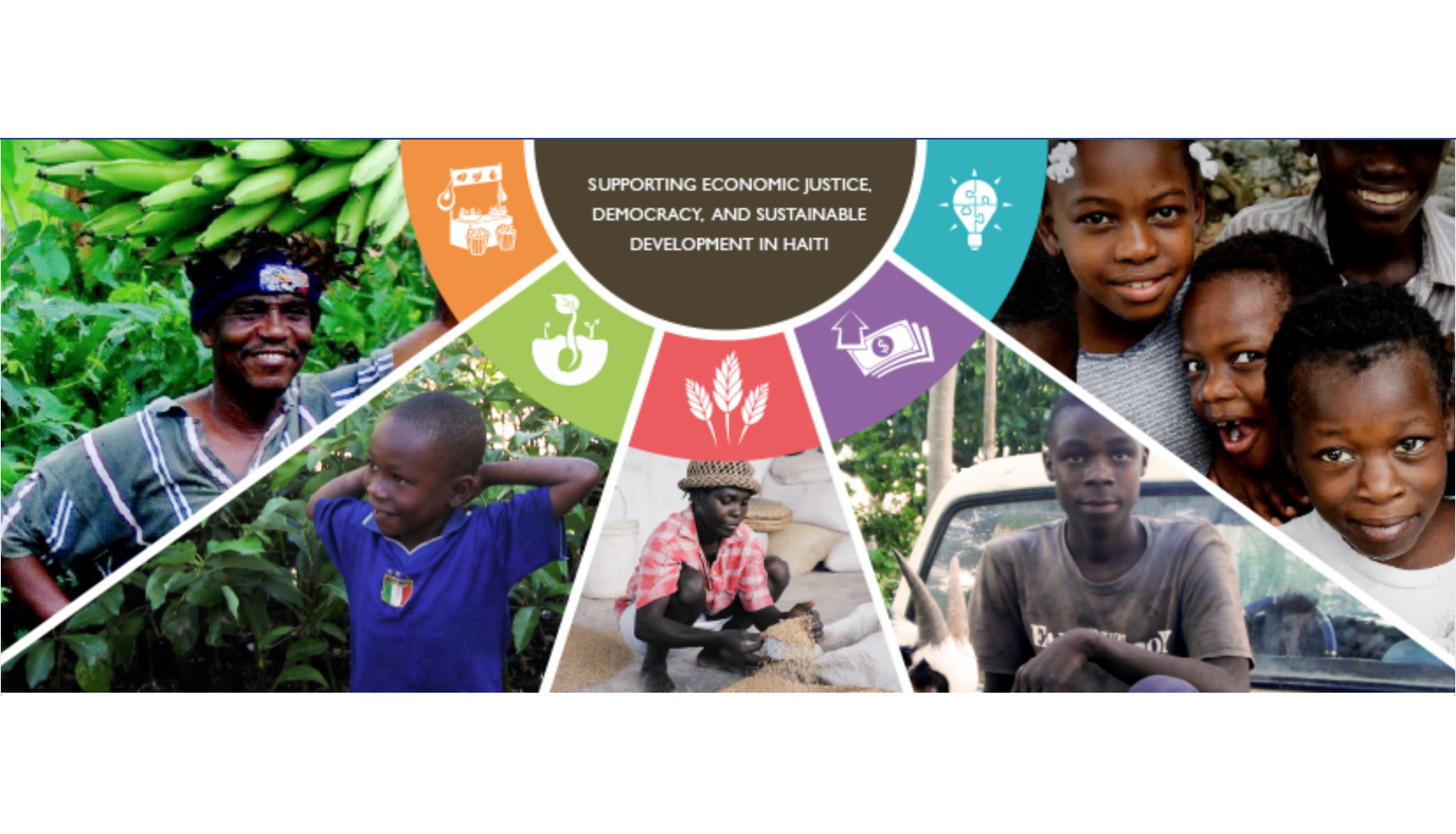 We are a group of scholars who want to collectively raise funds to help people suffering in Haiti. As scholars of the Americas, with links to the Caribbean and other postcolonial nations, we feel a historical debt to Haiti, the site of the first black nation, whose slave revolution echoed throughout the world.

The money from this fundraiser will go to the Lambi Fund of Haiti, which raises funds for peasant-led organizations. Please click HERE to donate, or click on the donate link below.

The Republic of Haiti, born in 1804 of the only successful slave rebellion in modern history, faced significant internal and external barriers that thwarted infrastructural and economic growth. Two years after independence, social divisions rooted in French colonialism penetrated the Haitian State, splitting the nation in two: the haves and the have-nots, with the have-nots (mostly peasants) being the majority. Moreover, constant threats of foreign invasion early on meant that most of Haiti’s resources, extracted from the peasant majority, went to protecting, not building the nation. In fact, the U.S. Congress refused to acknowledge Haiti’s independence until President Abraham Lincoln’s term.  And the early U.S. press labeled the African freedom seekers of Saint Domingue as anything but.  Revolting slaves in a slave world could not be viewed as revolutionary.

By the early 1830s, Haiti boasted an army larger than that of imperial Britain, yet it lacked a single university. Making matters worse, a majority of the funds that did not go to protecting the country, went to paying France to acknowledge Haiti’s sovereignty. This debt would take Haiti over 100 years to pay back. In addition, the near twenty-year U.S. occupation of Haiti (1915-1934) placed the country under U.S. economic control, which continues through neoliberal trade policies. Insufficient infrastructure development, the French debt, and U.S. occupation began a cycle of external debt and dependence that continues to affect Haiti today.

Today as a result of deforestation, centuries of monoculture, and diplomatic neglect as well as increasingly dangerous weather patterns Haiti is not only economically, but also ecologically, vulnerable. And indeed on October 3rd, Haiti was hit by a brutal hurricane again. Hurricane Matthew has already killed 900 while thousands more are starving or without water and shelter. Crops have been ruined; livestock destroyed; cholera outbreaks are threatened.

The Lambi Fund of Haiti has been recommended as a transparent and grass-roots organization that not only works on immediate aid and recovery but also does on-the-ground sustainable and ethical development work.

Please read more about the Lambi Fund for Haiti here:

Lambi’s immediate goals after Hurricane Matthew are to:

Please join us in supporting Haiti as it recovers from the aftermath of Hurricane Matthew.

We advocate for what Dr. Gina Ulysee calls a new narrative for Haiti.  We desire a narrative that is rooted in its rich history and global contributions rather than the denigrating opinions of the island and its people, as a place of devil worshippers, tree eaters, and the all-too-infamous, “the poorest nation in the world.”  We believe in and hope for a healed and healthy Haiti.

[This article was originally published on Avidly.]