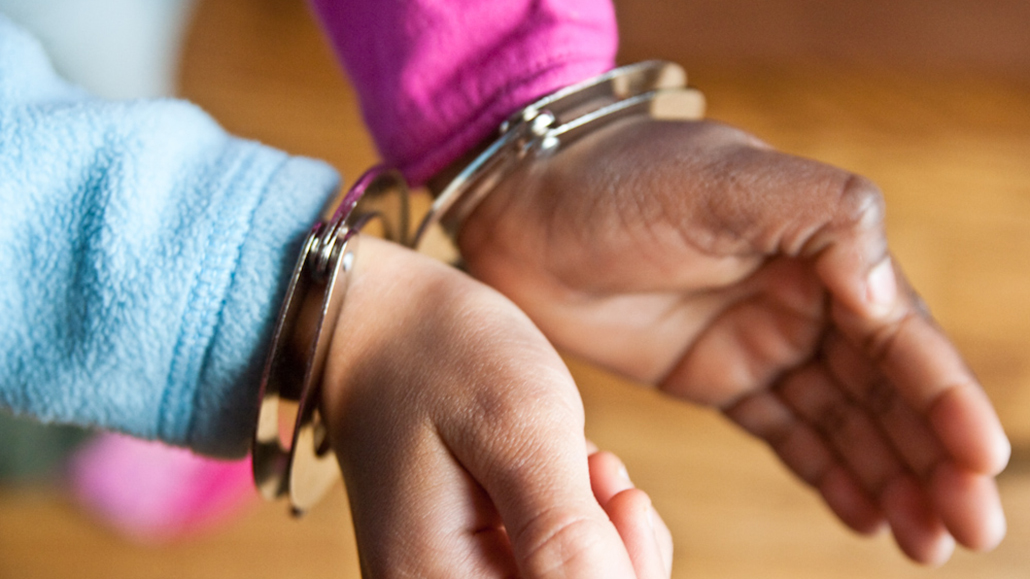 The Washington Post recently reported on a mass campus lock down at Worth County High School in Georgia.  Over the course of four hours,

40 uniformed officers — the entire staff of the Worth County Sheriff’s Office — fanned through the school in Sylvester, ordering students against the walls of classrooms and hallways, demanding the students hand over their cellphones.

All 900 students were searched, part of a drug sweep ordered by Sheriff Jeff Hobby, according to court documents.

He did not have a warrant. He had a “target list” of 12 suspected drug users. Only three of the names were in school that day, April 14.

When all was said and done, no drugs were found.  And when controversy later arose, the attorney for the Sheriff’s Department argued that the searches were legal because they were carried out while school administrators were present. “In a statement released on April 18, Hobby elaborated that in ‘the weeks leading up to April 14, the Sheriff’s Office received information and complaints from the citizens of Worth County regarding illegal drugs at the high school. The Sheriff contacted the Superintendent of the Worth County School District and the Principal of the high school to inform them of the situation and the Principal and the Sheriff agreed on the day of the pat down.’”

As crazy as that sounds, it was not a bad lob, as courts have vacillated on whether searches require reasonable suspicion or probably cause, depending on schools’ involvement with these searches. Regardless, school officials have since pushed back on the idea that they were participants in the searches.  And now a grand jury has indicted the sheriff and two deputies for their role in the searches.

Courts have recently begun recognizing limits on police and school practices in cases such as these, but such outcomes are never a given.  Victims lose these cases more often than the win them.  Yet, this mass search offers another confirmation in a long line of examples of my basic thesis in Ending Zero Tolerance: Courts must reengage on issues of school discipline and the school-to-prison pipeline.  Courts have stood on the sideline for the past four decades.  In their absence, students have been deprived of their last line of defense–the one that is supposed to stand strong and politics waiver–their constitutional rights.

Derek W. Black is Professor of Law at the University of South Carolina School of Law, where his teaching and scholarship focus on educational equality and opportunity, civil rights, and constitutional law.  His work is regularly published in leading law reviews and cited by litigants and courts.  He offers daily commentary and analysis on the Education Law Prof Blog. He is also the author of Ending Zero Tolerance: The Crisis of Absolute School Discipline (NYU Press, 2016, available in paperback in August 2018).