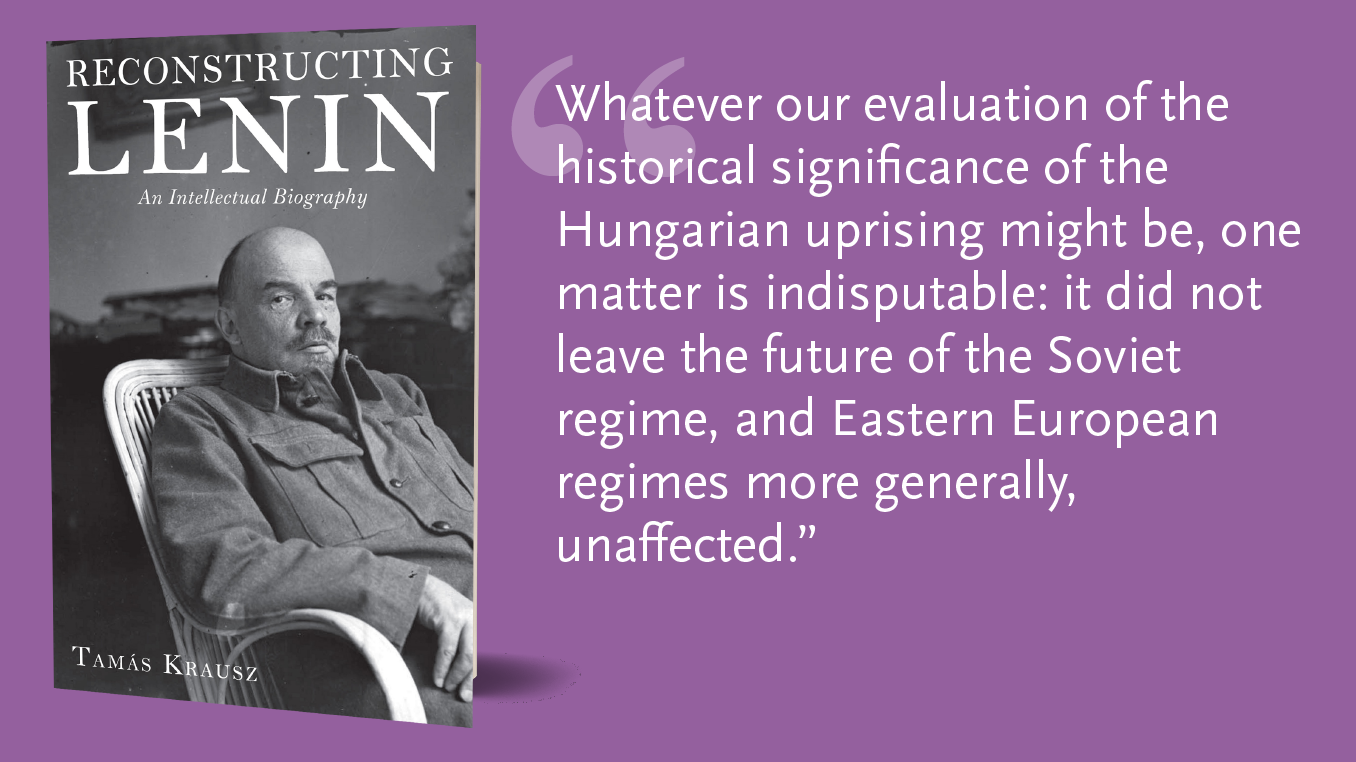 NYU Press is the proud distributor of books from Monthly Review Press. Explore an excerpt from an interview, originally published in the Monthly Review magazine, with Tamás Krausz, author of Reconstructing Lenin: An Intellectual Biography. Visit Monthly Review to read the full interview.

Róbert Nárai: In the 1960s, György Lukács—under the slogan Back to Marx!—called for a “renaissance” of Marxism within Eastern Europe. Your political and theoretical work is very much an answer to this call. Could you begin by telling us about what this renaissance entailed?

Tamás Krausz: To understand the nature of this renaissance we have to understand the many important questions that the Hungarian uprising of 1956 raised for the anti-Stalinist left across the world. I will only touch on what is relevant to the impact it had on those of us inside Hungary and Eastern Europe more broadly.

After the Twentieth Congress of the Communist Party of the Soviet Union, following the investigations into the phenomenon of Stalinism, many people began to realize the sharp contrast between the historical and social conditions that led to the Russian Revolution and its emancipatory goals, and that of our own situation.

In regard to Lukács on this question, he deduced the “limitations” of the Russian Revolution from the “non-classical nature” of the revolution and Soviet development. This was not merely a matter of the limitations posed by its “semi-peripheral” economic and cultural conditions, “uneven development,” authoritarian traditions, or the global fight against the Soviet Union. But rather, it was a consequence of the disintegrating conceptual unity between production and the economy, and democracy. This despite the fact that since Plekhanov, and in fact since Karl Marx, Eastern European Marxism, including its Soviet variety, has understood the question of political democracy in relation to the economy, accumulation, and the mode of production. In this theoretical tradition, democracy is understood as an intrinsic feature of the economy and mode of production. Later, István Mészáros described this condition as “substantive democracy.” In this conception, democracy is not an isolated political demand within the revolutionary wing of the Marxist tradition; it is also, at the same time, a working-class economic demand.

Following 1956, the deepest, immediate issue that every current of anti-Stalinist Marxism had to address was that of repairing the unity between the economy and democracy that existed in the early years of the Russian Revolution. To all those on the anti-Stalinist left across the world it seemed that the workers’ councils of 1956 were institutional attempts at reestablishing this unity. This was in fact what was at stake in the theoretical work of Lukács, a “minister of the 1956 revolution,” and numerous other thinkers throughout the 1960s and ’70s. However, influenced by the unfolding events in 1956, Hungarian party officials, with János Kádár at the helm, naturally deployed a different conceptual framework. While Lukács associated the workers’ councils of 1956 with the Russian workers’ councils of 1917, the official party stance characterized the councils as counterrevolutionary forces. The events of 1956 reset the theoretical problem as an immediately practical question.

Marxists from a wide range of perspectives sought to forge a kind of “third way”—a tertium datur, as Lukács put it—between the preservation of state socialism and the restoration of capitalism, as a way back to a Marxist politics that could lead to authentic socialism. It turns out, based on the correspondence between Mészáros and Lukács, that Lukács raised the question of tertium datur after 1956, claiming that Stalinism could be left behind without restoring capitalism.

In the West, the problem was that, after 1968, theoretical thinking was hardly “disturbed” by practice, as no real socialist experiment had been possible in the absence of large revolutionary parties. The large Italian and French Communist Parties were unable to respond to the events of 1968 in a revolutionary way—they were unable to lead people and had no alternative anticapitalist economic program. In Eastern Europe, genuine Marxist thinkers had to break with the legitimation ideology of Marxism-Leninism. Neither the new revolutionary left nor the older Communist Parties had adequate programs that put forward an alternative to capitalism.

In Hungary, the sinologist and philosopher Ferenc Tőkei, as well as Lukács and his followers (later referred to as the Budapest School), were chewing over the same theoretical questions as others in the region, such as the Praxis school in Yugoslavia and others in Poland. These thinkers had broken with the ideological approach that saw history as a mechanical product of blind necessity, one which bound the interpretation of history within the confines of abstract theoretical models. This was an important development in terms of both Soviet theory and historiography.

One of the main points of debate in historical theory concerns the alternative nature of historical development—that is, the historical possibility of an alternative to present reality, as Lukács argues in his Ontology of Social Being. Practically ahead of all others, Isaac Deutscher raised the fundamental historical question regarding Soviet development, the “great breakthrough,” the “revolution from above” (forced collectivization, superindustrialization, planned economy, etc.): Was there any alternative? The question was especially relevant in Eastern Europe at the time because it seemed as if the 1960s would produce some radical alternatives. Later, at the time of perestroika, it was only natural that the question arose once again. In this sense, the new Third Party Program, accepted at the Twenty-Second Party Congress in 1961, is important because it defined “communist society as the system of social self-organization.” Though Nikita Khrushchev’s reforms were out of sync with the theory, they nevertheless opened up the possibility for socialist thought to engage with more philosophical issues. Thinkers in the East could outline socialist perspectives detached from concrete practical tasks. I refer particularly to the theoretical groundwork for the concept of the alternative in Lukács’s the Ontology.

In the Ontology, Lukács based his argument on Marx’s well-known idea that “men make their own history, but they do not make it as they please; they do not make it under self-selected circumstances,” proceeding to add: “For there are no alternatives that are not concrete ones; they can never be separated from their hic et nunc [here and now].”1

These alternatives “give rise to causal chains,” while the actors in every historical situation have to consider the options concretely. As we know, alternatives are not simply in existence, but, rather, are actively brought into being. Lukács illustrated this point with Vladimir Lenin’s role in the Russian Revolution of 1917. The degree to which individuals—and society itself—are able to recognize the possibility of alternatives is an intrinsic factor in how a particular historical situation is addressed.

Whatever our evaluation of the historical significance of the Hungarian uprising might be, one matter is indisputable: it did not leave the future of the Soviet regime, and Eastern European regimes more generally, unaffected. It was impossible to avoid raising the question posed by Trotsky: What is the Soviet Union and where is it going? Khrushchev’s famous speech at the Twentieth Party Congress and the events of 1956 and 1968 all invalidated the stagist Stalinist theory of social formations, which had served to equate socialism with Stalinism and render impossible the search for democratic, socialist alternatives. As a result, and not independently of the rise of the left in the West and the positive effect of the anti-imperialist and anti-colonial struggles, the future of socialism had to be rethought on a global scale as well. The progress of socialism itself became an acute question. All of this was an important part of the “renaissance of Marxism” Lukács was calling for. 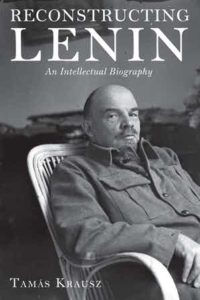 Tamás Krausz is Professor of Russian History at the Eötvös Loránd University of Sciences in Budapest, and Head of the Department of Eastern European Studies. One of the best-known radical intellectuals and political activists in Hungary, he has published widely throughout the world and is the President of the Editorial Board of Eszmélet, the sole Marxist theoretical and political quarterly in Hungary, founded in 1989. He is the author of Reconstructing Lenin: An Intellectual Biography, published by Monthly Review Press.