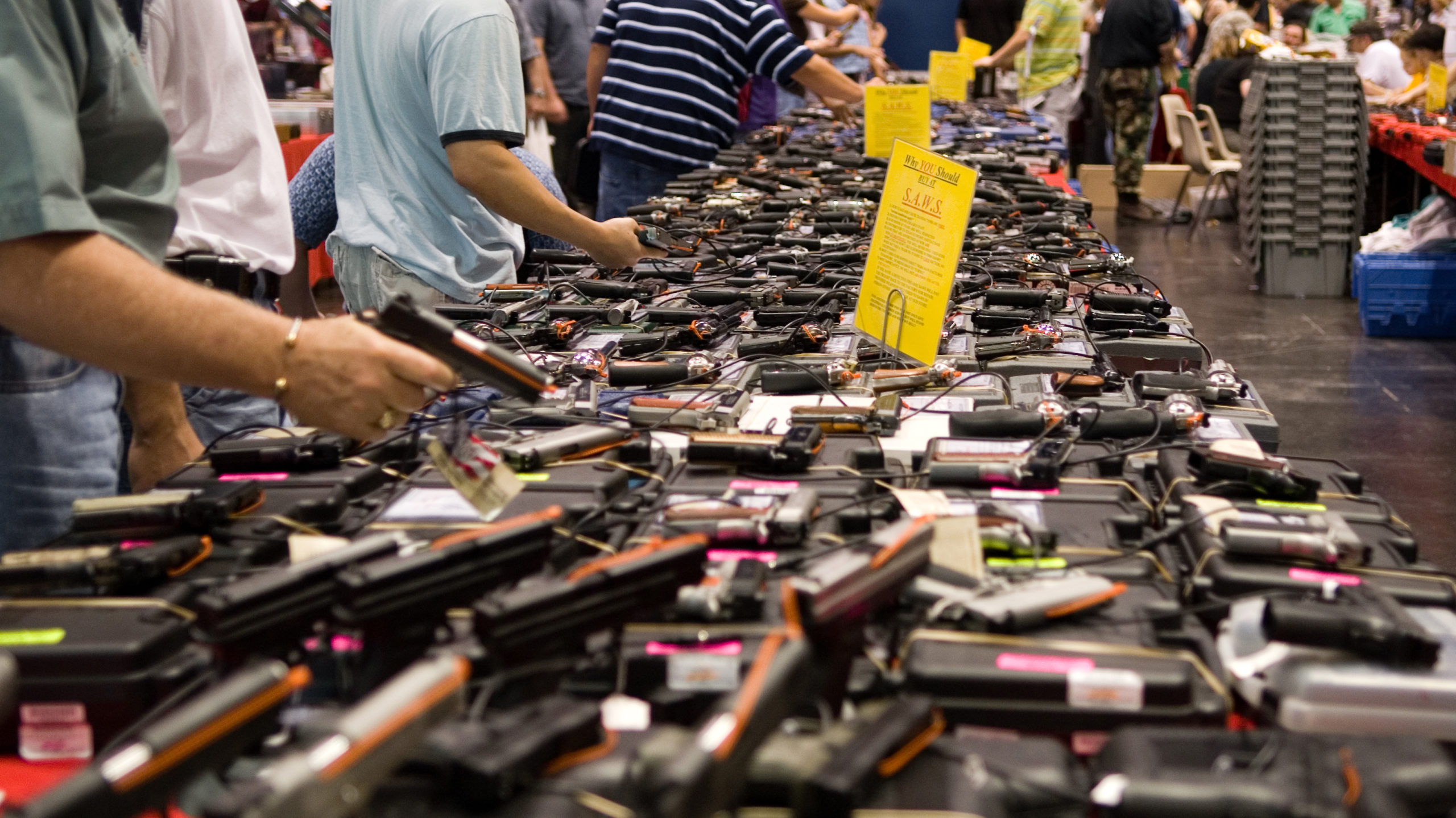 Donald Trump’s comments to a crowd of supporters seemed to communicate that a gun rights activist might assassinate Hillary Clinton if she were elected president and able to nominate pro-gun control Supreme Court justices.

Despite his campaign’s various and sometimes competing alternative explanations afterward, Trump’s words were widely interpreted and condemned as irresponsible and dangerous. With some notable exceptions among the Republican leadership, politicians across the spectrum rebuked him. Media outlets chastised him. Victims of gun violence derided him. His comment triggered a conversation between the Secret Service and his campaign because of its thinly veiled threat to a presidential candidate.

Trump’s mounting gaffes and declining polling numbers have been coupled with high-profile defections in his own party. A growing number of Republican members of both chambers of Congress, sitting and former governors, big donors, and former national security officials refuse to endorse him. Others are sure to follow if his candidacy appears doomed, or if they find his next off-the-cuff remark too much to bear.

One group, though, isn’t wavering: The NRA.

And they won’t. Nothing short of Trump doing an about-face and supporting gun control will cause the NRA to withdraw its endorsement, or stop spending millions of dollars in support of his candidacy. The NRA has emerged as Trump’s staunchest and most important ally.

The leader of the multi-million member gun rights movement is unaffected by Trump’s previous public comments in support of gun control, or legitimate concerns about his uneven temperament and lack of knowledge.

The NRA’s most die-hard members, who make the group so uniquely effective, won’t flinch either. They, too, are uncompromising in their defense of gun rights. And make no mistake, the NRA is much more than “the gun lobby.” It is the spearhead of a broader movement whose power lies in an easily and quickly mobilized base of supporters, many of whom are single-issue gun rights voters.

Look no further than gun rights t-shirts or bumper stickers for a window into the NRA and its members’ views. “My Second Amendment Protects Your First.” “Guns Don’t Kill People, People Kill People.” “Gun Control Isn’t About Guns. It’s About Control.”

The NRA refers to the Second Amendment as “America’s First Freedom” and its supporters as patriots and freedom fighters. Gun rights protect all others, they say. If our freedoms are contingent on protecting gun rights, than any threats to gun rights threaten freedom. It is this logic that allows the NRA and its die-hard supporters to demonize gun control advocates, even when they call for only minor tweaks to gun laws. The NRA’s view, always, is that the stakes couldn’t be higher. They are fundamentalist in their beliefs, and their religion is an individual rights view of freedom.

The NRA instills fears in its members, warning them that liberals are on the verge of eliminating gun rights. These messages resonate with their captive audience, many of whom feel as though they’re losing their grip, not just on their guns, but on their country.

Donald Trump’s campaign slogan, “Make American Great Again,” dovetails with the NRA’s and its members’ belief that the country has been changed for the worse. His message has generated the largest and strongest support among conservative whites, especially men without college degrees, who feel threatened and aggrieved by changes to the economy and culture.

Chris Cox, the NRA’s chief political officer, recently penned a piece to NRA members lamenting that “the America we know is becoming unrecognizable” after eight years of the Obama administration. “Everything we believe in—everything we’ve always known to be good, right and true—has been twisted, perverted and repackaged to our kids as wrong, backward and abnormal.” Cox writes that conversations during his travels across America reveal “a growing belief that this is a do-or-die fight for the soul of our country.” “If we don’t show up at the polls in force this November,” he writes, “we will witness the end—the end of individual freedom in this country. That’s not hyperbole. It’s the truth.”

That actually may be the textbook definition of hyperbole.

But it is rhetoric that galvanizes the most committed NRA members. They see the liberal “nanny state” taking over their lives and forcing citizens to be dependent on the federal government for protection, food, shelter, healthcare, childcare, and more. They decry what they see as a left-wing agenda that undermines self-sufficiency and tramples on private property. Liberals, they say, want the federal government to be able to force you to wear helmets and seatbelts, purchase health insurance, and give up your guns and a bigger chunk of your paycheck, redistributing the latter to the undeserving poor.

As one member said to me years ago when I was writing my book on the NRA, “Clinton’s people wanted to put that [“it takes a village”] in this country. They’re more communist than the Chinese.”

Trump’s “Second Amendment people” comment is a reference, if not dog-whistle, to uncompromising gun rights activists. They agree with the NRA that protecting gun rights is the only way to defend against threats to all individual rights and freedoms. Like many people of faith, they are unwavering in their religious-like beliefs. Some might even sooner die fighting than give up their guns and their faith.

Or perhaps kill, according to the Republican presidential nominee.

His words resonate with gun rights supporters who often repeat Thomas Jefferson’s famous quote, “The tree of liberty must be refreshed from time to time with the blood of patriots and tyrants.” Let’s hope no one acts on these sentiments.

Scott Melzer is Professor and Chair of Anthropology & Sociology at Albion College, and author of Gun Crusaders: The NRA’s Culture War. You can read an excerpt of his book here.