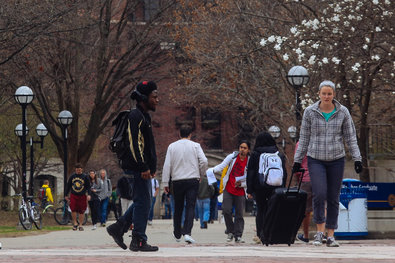 Following last week’s Supreme Court decision to uphold a Michigan constitutional amendment that bans affirmative action in admissions to the state’s public universities, the New York Times’ Room for Debate posed the question: “Should affirmative action be based on income?”

F. Michael Higginbotham, author of Ghosts of Jim Crow, was invited to weigh in on the discussion. Read his response below, and be sure to check out insight from all of the debaters over at the NYT’s Room for Debate.

It’s not time for income-based affirmative action; race-based preference is still vital in the United States given the country’s history of slavery and its continuing, pervasive racial discrimination. To think otherwise is selective memory loss.

To understand this flawed reasoning, one must go back to the beginning of the affirmative action debate during Reconstruction. In the civil rights cases of 1883, the Supreme Court held that the 14th Amendment did not empower Congress to prohibit owners of public accommodations from discriminating against black patrons. The owners were free to decide themselves. In his opinion for the court, Justice Joseph Bradley wondered when black Americans would stop being given special treatment under the law and become mere citizens.

Unfortunately, Schuette seems to embrace this same characterization of affirmative action as preferential treatment that may be prohibited by majority vote. Justice Anthony Kennedy, writing for a plurality, said that voters in Michigan chose to eliminate racial preferences because nothing in the Constitution gives judges the authority to undermine the election results.

Yet, erroneously characterizing affirmative action as an unfair preference allows the court to defer to the electoral process just as it deferred to property owners in the 1880s. Justice Harold Blackmun recognized this error before he retired in 1994. Speaking about a seemingly consistent majority of five Supreme Court Justices on the key civil rights and race relations cases of the 1980s, Blackmun said: “One wonders whether the majority still believes that race discrimination—or, more accurately, race discrimination against non-whites—is a problem in our society, or even remembers that it ever was.”

While 20 years have passed and several new justices have been appointed, racial disparities remain alarmingly wide. Black unemployment, poverty and homelessness are twice that of whites. Wealth accumulation for blacks is one twentieth of what it is for whites. Similar disparities exist for Hispanics. Racial profiling in the criminal justice system is rampant.

F. Michael Higginbotham is the Wilson H. Elkins Professor of Law at the University of Baltimore, former interim dean and the author of Ghosts of Jim Crow: Ending Racism In Post-Racial America (NYU Press, 2013).