From Liz Lemon to Melville’s Bartleby, the ones who prefer not two

by Michael Cobb, author of Single: Arguments for the Uncoupled (forthcoming this July)

I used to nurse my single self each Valentine’s Day by blasting Morrissey’s “Will Never Marry.” His voice is softly defiant: “I’m writing this to say / In a gentle way / Thank you, but no / I will live my life as I will undoubtedly die, alone.” How could I resist such self-indulgent melancholy? Morrissey is a fascinating single icon, refusing confirmations of his sexual identity, reveling in his secrecy about whom, if anyone, he has kissed. 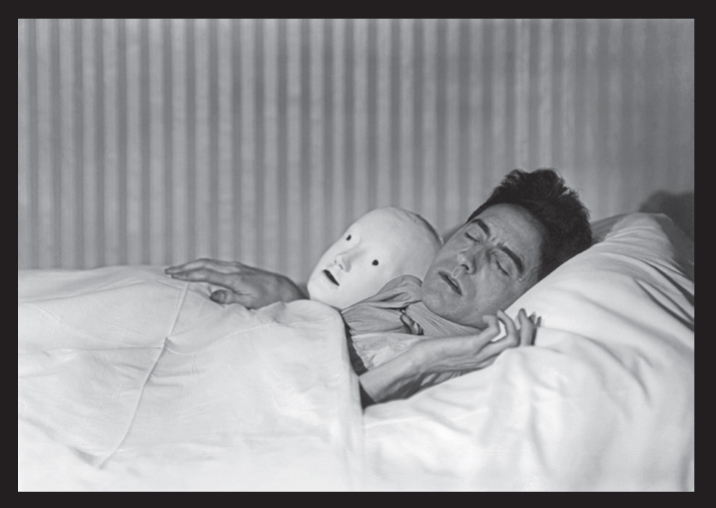 This ritual of Morrissey devotion drove a friend crazy: How could I celebrate a life without marriage? How could I appreciate being single, which he, like so many coupled people, assumed is a terribly lonely thing to be? According to my friend, who was in a romantic relationship, I was too comfortable in my singleness.

To choose single life is to choose the scent of rotting vegetables and unused product portions drifting out of the fridge; the numerous wedding invitations with an “and guest” violently scrawled next to your name; the pathetic glances of people saddened that you have nothing of substance to report about a “love life”; and the perplexed utterances of wait staff asking, “Just you?” One might think being single is a condition that must be cured—and certainly not one to take lightly. (This is why Liz Lemon is such a refreshing antidote. In more than a few scenes of “30 Rock” we watch her, alone in her apartment, eat something, choke, and self-administer her own Heimlich maneuver to be saved from death, at least this time. Last season she recovered from a breakup by adopting a cat, which she petulantly names after one of the most famous American singles, Emily Dickinson.)

But I know that the moments I’ve felt the loneliest are when I’ve been in a relationship, wondering why there’s so much distance when there should only be closeness. The coupled are supposed to be the lucky ones, so why all this sadness? Is it possible that the coupled inoculate themselves against this haunting sense of disconnect by refusing it away, and pushing their confusion onto the single, insisting, again and again, that it’s the single who are lonely, not they?

With Emily Dickinson (Liz’s cat) in mind, it might not seem so unlikely that “Bartleby, the Scrivener,” Herman Melville’s 19th-century story of a stubborn, insubordinate law copyist and the lawyer who can’t seem to fire him, offers up a solution to the age-old conundrum of what to make of a “lonely,” single person on Valentine’s Day.

The barebones of the plot: A lawyer hires a scrivener to help with his paperwork. Bartleby is an excellent scrivener, but will only perform the very mechanical task he was originally asked to do: copy. He does not deviate from his job description (at least at first), and when asked to do more, or something else, he famously states, “I’d prefer not to.” Throughout the course of the story, the lawyer attempts to engage Bartleby in all sorts of office tasks, and most requests are met with Bartleby’s, “I’d prefer not to.”

Here is where things get interesting. Instead of dismissing him, the incredulous lawyer only becomes more curious: Who is this strange character? He puts it this way: “There was something about Bartleby that not only strangely disarmed me, but in a wonderful manner touched and disconcerted me.”

Let’s imagine that the touched and disconcerted feelings of Melville’s lawyer are of the romantic variety. After pages of nearly obsessive infatuation, the lawyer makes a bold move. “‘Bartleby,’ said I, in the kindest tone I could assume under such exciting circumstances, ‘will you go home with me now—not to my office, but my dwelling . . . ?” Bartleby rejects this offer, and the lawyer, as if heartbroken, flees the office, running up Wall Street (to Broadway no less).

Bartleby spends most of his time contentedly absorbed in his own whims and interests, his own “wall-like reveries.” And he has the power to do the unthinkable: Refuse to be coupled. In a way, he says to the lawyer, and perhaps the world, “I’d prefer not you, ” or maybe even, “I’d prefer not two.”

The lawyer describes Bartleby’s refusal to be involved in the world of others in pathetic terms, punctuating his sadness by exclaiming, “Ah Bartleby! Ah humanity!” But this is his perspective, his bias. The mistake the lawyer makes is that he’s not inspired by Bartleby’s example. He assumes that single Bartleby is lonely and must be coupled off. He strives to make Bartleby his own; the scrivener is “a valuable acquisition.” The lawyer is more predatory than appreciative. And he doesn’t realize that he is the one who is most unsettled, most forlorn, in the story.

The key to understanding anything about single life in a world rabidly devoted to the supremacy of coupling off is to think of a single character who can strip away all the sad and pathetic descriptions that are placarded on singles by those who don’t feel singles could ever exist happily or grandly alone. Here’s a pantheon of some of my other favorite real-life Bartleby’s: Georgia O’Keefe, Agnes Martin, David Souter, Octavia Butler, Janet Reno, Proust, Baudelaire, and so on.

These people made the world a richer, if not larger place without the romantic support the coupled world deems so invaluable. Yet rather than view the singles in our midst as those who might also harbor such extraordinary powers, we view them with suspicion, as the ones who are supposed to be much lonelier than those who are coupled. Why not regard them with curiosity and even possibly affection and leave it at that? We can marvel at their self-possession. The single’s value, like anyone’s value (coupled or not), surely exceeds any one relationship in his or her story. And that story need not be any more or less tragic than anyone else’s.

Michael Cobb is Professor of English at the University of Toronto. He is the author of God Hates Fags: The Rhetorics of Religious Violence, also published by New York University Press.