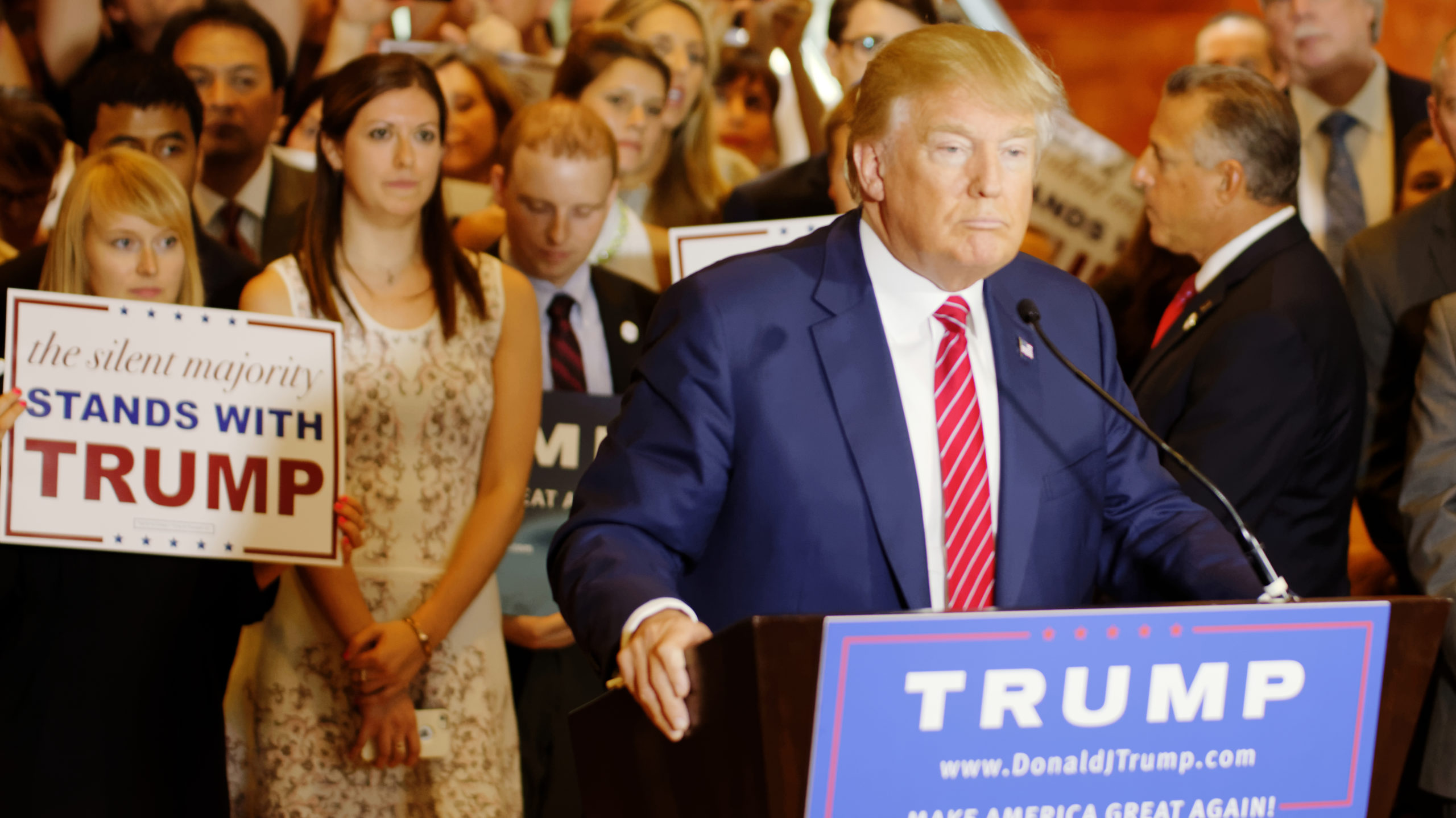 [This piece originally appeared on the Monkey Cage.]

Why on Earth, many people are asking, would any woman vote for Donald Trump? Trump’s rhetoric has routinely been labeled sexist — including his criticism of his former Republican presidential rival Carly Fiorina, Fox News anchor Megyn Kelly and Hillary Clinton.

In the past few weeks, Trump has defended his campaign manager, Corey Lewandowski, who was charged with battery for grabbing a female reporter’s arm. He retweeted an unflattering photo of Sen. Ted Cruz’s wife, Heidi, juxtaposed with a glamorous shot of his wife, Melania. The gaffe he made in saying that women who have illegal abortions should be punished generated intense criticism. Not surprisingly, polls show that upward of 70 percent of American women nationally now rate Trump unfavorably.

Perhaps what is surprising, however, is that Trump has done relatively well among Republican women. Although his support is typically higher among Republican men than women, he took a plurality of the women’s vote in most of the state contests he has won (at least in those states where exit polls were conducted).

National polls of registered Republicans continue to show that Trump remains the top choice of men and women. For instance, a March 21 CNN/ORC poll shows that 44 percent of women want him to win the GOP nomination, which is higher than the percentage of women who prefer Cruz or Ohio Gov. John Kasich. National polling of registered Republicans by PPPreleased March 30 shows that Trump remains the clear front-runner among both women (41 percent) and men (43 percent).

My new book, “Tea Party Women: Mama Grizzlies, Grassroots Activists, and the Changing Face of the American Right,” may shed light on why some Republican women find Trump appealing. Make no mistake: Trump is a polarizing figure among registered Republicans and tea party leaders, men and women alike, much as he is among the American public more generally.

But his support among some Republican women, who are largely white, is partly rooted in his constant refrain that the nation is headed in the wrong direction and his criticism of immigrants. Moreover, his bitter criticism of the Republican Party resonates not just with many white working-class men, but also with conservative female activists at the grass roots. Lastly, Trump’s willingness to eschew conservative orthodoxy on economic policy may also help explain why some GOP women prefer him to Cruz or Kasich.

For “Tea Party Women,” I interviewed dozens of conservative women activists and analyzed national survey data to understand why women emerged as pivotal leaders and supporters of the tea party movement.  Although Trump was not running for president at that time, many of the women I spoke with joined the tea party because of their concern about how the country was changing — a theme Trump routinely touts.

Diana Reimer, of the Tea Party Patriots, told me that she and other women became involved because “we have an opportunity to save our children from what is going to happen in this country.” Amy Kremer, who for several years chaired the political action committee Tea Party Express, says she is just one of “many women who are fighting to take our country back.”

Trump’s calls to “Make America Great Again,” then, don’t just find appeal among angry white men, but also angry white women who feel that, culturally and economically, the United States is turning into a country they no longer recognize.

Robert Jones, chief executive of Public Religion Research Institutes, likes to call such supporters of Trump “nostalgia voters,” pointing to evidence that Trump backers are disproportionately drawn from Americans, for example, who believe that since the 1950s, American culture and life has mostly changed for the worse.

Many GOP women may be willing to overlook Trump’s derogatory statements about women because they believe he is the only candidate who is capable of keeping Americans safe. The Great America PAC, a pro-Trump Super PAC that was co-founded by Kremer, began running an ad just before the Wisconsin primary that played on security concerns of female Republican voters. In the ad, a white female protagonist is getting her kids ready for school in her kitchen, telling viewers that she is voting for Trump because she wants to protect her family and that Trump is the only candidate who will “control our borders and stop letting in dangerous people.”

Similarly, many of Trump’s high-profile female supporters, including Sarah Palin, Phyllis Schlafly and Ann Coulter, argue that he is the only Republican candidate who is likely to enact tougher immigration policies as president. As Palin said in her endorsement speech of Trump, “We need someone new, who has the power, and is in the position to bust up the establishment to make things great again.”

I find that many tea party women at the grass roots share this disillusionment with the Republican Party. Most tea party women believe Republican leaders don’t share their policy positions. Worse, some reported sexist treatment by local Republican elites, prompting several of the women I interviewed to form their own tea party groups, such as Katrina Pierson, who co-founded the Garland Tea Party in Dallas.

Pierson, who unsuccessfully challenged Rep. Pete Sessions in the 2014 primary, said that her relations with local Republican Party were often tense, telling me, “They don’t call it a good old boys’ club for nothing.” Pierson now serves as Trump’s national spokeswoman.

Trump’s appeal to some Republican women may also lie in his departure from the conservative economic positions long endorsed by GOP leaders. Trump has railed against free trade and hedge fund managers for not paying enough taxes.

In my analysis of national survey data from the Public Religion Research Institute, I found that a sizable chunk of Republican women, 50 percent, support raising taxes on those individuals earning more than $250,000, as do 43 percent of women who identify with the tea party.

Republican women are likely to find Trump’s vigorous defense of Social Security appealing as well. Women generally support entitlement programs more than men and this is true among Republicans, as recent research by political scientists Tiffany Barnes and Erin Cassese shows. Entitlement programs are even popular with everyday Americans who identify as tea partyers, despite almost uniform support among tea party organizations for major entitlement reform or even the eventual dissolution of such programs.

Of course, many conservative women do not and will not embrace Trump. Jenny Beth Martin, who heads Tea Party Patriots, railed against him at this year’s Conservative Political Action Conference for not being a true conservative, saying  “every tea party person who truly loves the Constitution should take that into account when you’re casting your vote.”

However, Trump’s willingness to take on the Republican establishment while pushing an anti-immigration agenda has secured him the support of a plurality of Republican women voters.  If he becomes the nominee, women will be a key part of the reason.

Melissa Deckman is the Louis L. Goldstein Professor of Public Affairs at Washington College, where she also chairs the Political Science Department. She is the author of Tea Party Women: Mama Grizzlies, Grassroots Leaders, and the Changing Face of the American Right (NYU Press, 2016).