Though the world itself seems scarier than usual this fall, there’s no better escape as Halloween approaches than a spooky story or a horrible history. From monsters and aliens to witches and cannibals, find your spooky fix (and learn something new!) in these fright-filled eBooks—each $1.99 through the end of October!

Offer good through October 31, 2020, only available through US retailers 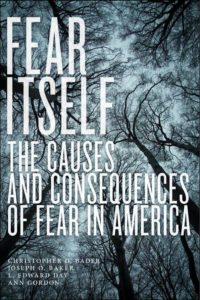 The Causes and Consequences of Fear in America

Drawing on five years of data from the Chapman Survey of American Fears—which canvasses a random, national sample of adults about a broad range of fears—Fear Itself offers new insights into what people are afraid of and how fear affects their lives. The authors also draw on participant observation with Doomsday preppers and conspiracy theorists to provide fascinating narratives about subcultures of fear.

“Fear Itself is full of interesting correlations…[it] ends with advice about steps that might help dial down unnecessary dread.”—Inside Higher Ed 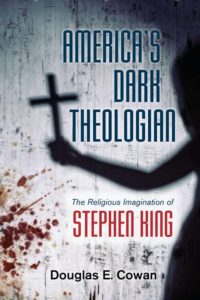 Who are we? Why are we here? Where do we go when we die? For answers to these questions, people often look to religion. But religion is not the only place seekers turn. Myths, legends, and other stories have given us alternative ways to address the fundamental quandaries of existence. Horror stories, in particular, with their focus on questions of violence and mortality, speak urgently to the primal fears embedded in such existential mysteries. With more than fifty novels to his name, and hundreds of millions of copies sold, few writers have spent more time contemplating those fears than Stephen King. Yet despite being one of the most widely read authors of all time, King is woefully understudied. America’s Dark Theologian is the first in-depth investigation into how King treats religion in his horror fiction. 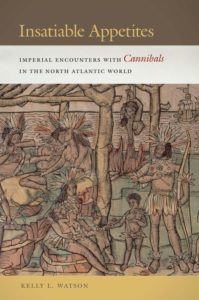 Cannibalism, for medieval and early modern Europeans, was synonymous with savagery. Humans who ate other humans, they believed, were little better than animals. The European colonizers who encountered Native Americans described them as cannibals as a matter of course, and they wrote extensively about the lurid cannibal rituals they claim to have witnessed. In this definitive analysis, Kelly L. Watson argues that the persistent rumors of cannibalism surrounding Native Americans served a specific and practical purpose for European settlers. They established hierarchical categories of European superiority and Indian inferiority upon which imperial power in the Americas was predicated.

“Watson integrates relevant theory with a deft hand, provides a clear overview of the development of cannibalism studies, and makes a clear case for a closer look at sexuality and gender in scholars analysis of man-eating.”—Journal of Early Modern History 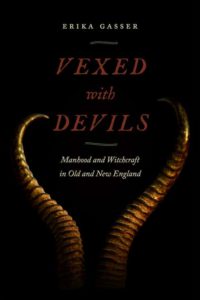 Vexed with Devils is a cultural history of witchcraft-possession phenomena that centers on the role of men and patriarchal power. Erika Gasser reveals that witchcraft trials had as much to do with who had power in the community, to impose judgement or to subvert order, as they did with religious belief. She argues that the gendered dynamics of possession and witchcraft demonstrated that contested meanings of manhood played a critical role in the struggle to maintain authority. While all men were not capable of accessing power in the same ways, many of the people involved—those who acted as if they were possessed, men accused of being witches, and men who wrote possession propaganda—invoked manhood as they struggled to advocate for themselves during these perilous times. Gasser ultimately concludes that the decline of possession and witchcraft cases was not merely a product of change over time, but rather an indication of the ways in which patriarchal power endured throughout and beyond the colonial period. 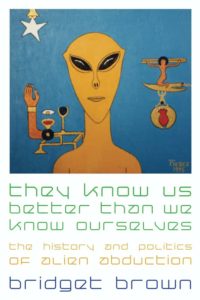 They Know Us Better Than We Know Ourselves looks at how the belief in abduction by extraterrestrials is constituted by and through popular discourse and the images provided by print, film, and television. Brown contends that the abduction phenomenon is symptomatic of a period during which people have come to feel increasingly divested of the ability to know what is real or true about themselves and the world in which they live. The alien abduction phenomenon helps us think about how people who feel left out create their own stories and fashion truths that square with their own experience of the world.

“A fascinating addition to the literature.”—CHOICE 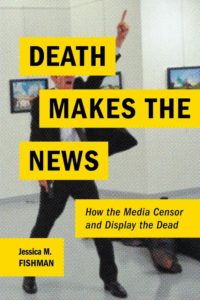 Death is considered one of the most newsworthy events, but words do not tell the whole story. Pictures are also at the epicenter of journalism, and when photographers and editors illustrate fatalities, it often raises questions about how they distinguish between a “fit” and “unfit” image of death. Death Makes the News is the story of this controversial news practice: picturing the dead. Jessica Fishman uncovers the surprising editorial and political forces that structure how the news and media cover death. The patterns are striking, overturning long-held assumptions about which deaths are newsworthy and raising questions about the role that news images play in our society. 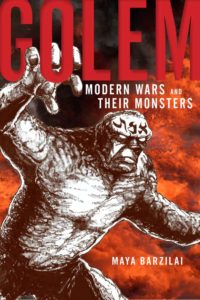 Modern Wars and Their Monsters

“In her wide-ranging Golem: Modern Wars and Their Monsters, Maya Barzilai argues that the myth of the golem tells us something about humanity more generally. It teaches us about what she calls ‘the golem condition,’ in which ‘the fantasies of expanding our capacities and transgressing our natural boundaries are always curbed by the inborn limitations of human existence.'”—Jewish Review of Books

“The multiple strands of Golem are what constitute its great strength, presented not just chronologically but within themes that cross eras and borders Barzilai painstakingly analyses films, books and comics to reveal the Golems enduring cultural presence and influence. And the violence of this appealing creature, especially the idea of Jewish violence, is what makes it simultaneously so threatening.”—Jewish Chronicle

One thought on “Spooky Treats for Readers: An eBook Special”