—Christine A. Klein & Sandra B. Zellmer

The flood season is upon us once again. Beginning in February, parts of Mississippi and Tennessee were deluged by floods described as “historic,” “unprecedented,” even “Shakespearean.” At the same time, Midwestern farmers are still reeling from the torrential rains of 2019 that destroyed billions of dollars’ worth of crops and equipment, while wondering whether their water-ravaged farmland can ever be put back into production. All this while the Houston area continues to recover from three so-called “500-year floods” in as many years, back-to-back in 2015, 2016, and, most notably, Hurricane Harvey in 2017.

As one tragedy follows another, they barely qualify as national news anymore. Instead, record-breaking floods and destruction are becoming commonplace. Why do the sequels barely warrant top billing? How have our national policies failed us, and why do they continue to fail us?

In Mississippi River Tragedies: A Century of Unnatural Disasters, we traced the historic foundations of federal flood control policy: a wobbly three-legged stool consisting of federal dams and levees, disaster relief, and flood insurance—all heavily subsidized by federal taxpayers. Since the book’s publication in 2014, some problematic policies and habits have remained stubbornly in place.

We continue to cling to the myth that we can build anywhere, without consequence. Just a few months after Hurricane Harvey devastated Houston, the city approved a new 800-home development within the 100-year floodplain, reassured by the false comfort that the building lots would be elevated by infill to a supposedly safe level. Likewise, federal officials continue to promise financial solvency for the National Flood Insurance Program, which is now $20 billion in debt, but repeatedly postpone raising premiums to full market rates that reflect the true risk of flooding, responding in part to pressure from congressional representatives in flood-prone states. And as we continue to build in vulnerable areas buoyed up by federally-subsidized insurance, we cast blame on the Army Corps of Engineers when the floodwaters inevitably come. In the aftermath of Hurricane Harvey, for example, flooded landowners sought to hold the Corps accountable for their losses, claiming faulty construction and operation of a network of federal dams, levees, and reservoirs. The cases continue to work their way through the courts, with complicated and sometimes-contradictory results.

Despite these troubling events, we are beginning to learn some lessons from past disasters and a few hopeful signs are emerging.

We have begun to develop a sense of humility, acknowledging that we cannot always control nature. Last month, a federal judge dismissed one of the Hurricane Harvey lawsuits, declaring that neither state nor federal law guarantees “the right to perfect flood control” and concluding that “no entity could entirely control” flood waters. Coupled with that humility, we have acknowledged our own role in changing the climate, which in turn leads to more intense storms and flooding in some cases. Climate change has been the topic of discussion (albeit briefly) in the 2020 Democratic party primary debates and the Trump administration appears to be slowly reversing course in its avoidance of the subject. This is not surprising, given that recent polls show that 58% of Americans over age 65 say that climate change is a crisis or a serious problem; for Americans between 18-29, the percentage rises to 70%.

These changing views bring us full circle: As described in our book, the 1968 Congress that created federal flood insurance intended to subsidize premiums only in the short term. In exchange for temporary federal subsidies, Congress expected state and local governments to enact land use regulations to “constrict” the development of risky land and to “guide” future construction away from floodplains. Half a century later, we have returned to this charge with new urgency, as we begin to consider the “R-word”—retreat. Sea-level rise over the next 30 years could force some 50-150 million people worldwide to retreat to higher ground. Where will those people go? As New Orleans residents Steven Bingler and Martin Pedersen argued last month in a Washington Post op-ed, “We must continue to wage the political fight to rein in and eventually eliminate fossil fuels, while at the same time remaining clear-eyed about what needs to happen should our best efforts fail.” Hard-nosed, non-political actors have begun to lead the way, including energy companies, the insurance industry, the Pentagon, and others engaged in risk management. Let us hope that Congress and the federal agencies follow suit. It’s time to revive the wisdom of the 1968 Congress that tried to keep the nation safe from flooding: Even the might of the entire federal government cannot keep us safe unless we stop settling in risky, flood-prone areas. 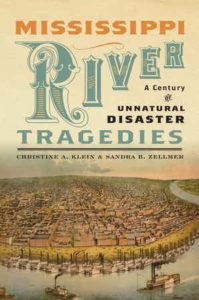