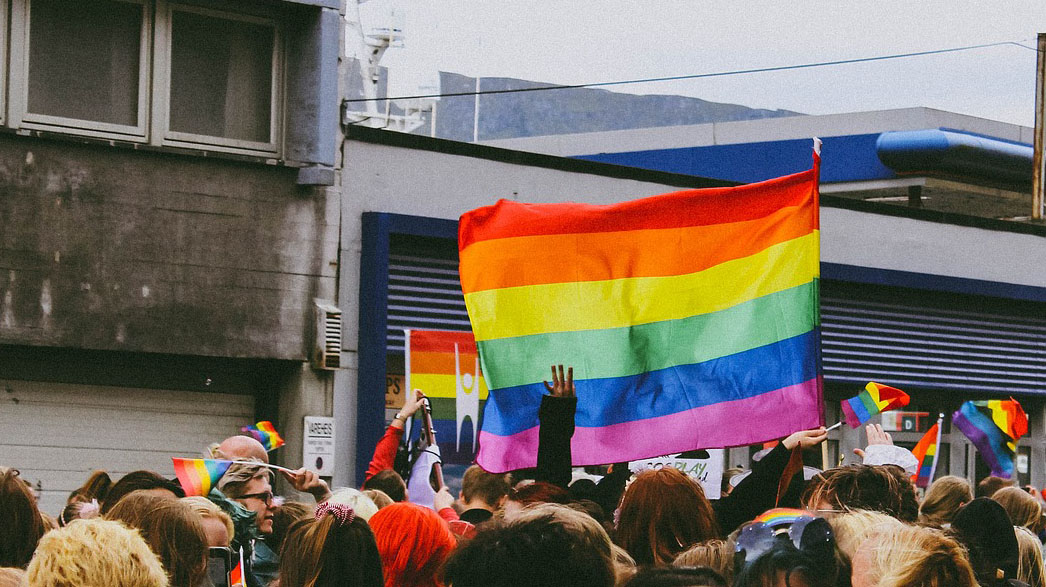 Not those queens. Not the drag queens, street queens, or radical queens who played key roles in the Stonewall Riots of 1969.

I mean Queens, one of the five boroughs of New York City, reputed birthplace of Donald Trump in the 1940s, home to the Miracle Mets of 1969, and my family’s destination for monthly visits with my grandparents in the 1960s and 1970s. Queens may have been a short distance from Manhattan’s Greenwich Village, where Stonewall’s gay rebellion occurred, but in social, cultural, and political terms it was far, far away. According to the 1970 Census, Queens was home to two million people, well above Manhattan’s 1.5 million, but it was significantly less diverse—85 percent white, as opposed to Manhattan’s 71 percent. In 1969, when I turned six years old, Queens displayed little of the bohemian cosmopolitanism, left politics, or sexual diversity that I would later come to associate with Manhattan.

And yet in the summer of 1969, sexual repression and resistance in Queens received far more media attention than did the Stonewall Riots in Manhattan.

Could that possibly be true? In June, the world marked the fiftieth anniversary of Stonewall, justifiably understood as a momentous turning point in LGBT history. But as many commentators have noted, it was only later—and especially when the riots were commemorated with marches, protests, and parades on their anniversary—that the Stonewall uprising became central to the ways that we imagine and narrate LGBT history.

The New York Times, for example, reported on Stonewall in three brief June and July stories that appeared on pages 33, 22, and 19. In contrast, the Times more extensively covered a group of antigay vigilantes in Kew Gardens, Queens, who on June 19 and 20 cut down dozens of trees in a public park frequented by men cruising for sex with men. From July to September there were at least six Times news stories (including a lengthy front-page news report during the week of the Stonewall rebellion), one editorial, and multiple letters to the editor about the vigilantes. On the West Coast, to take another example, the San Francisco Chronicle provided no coverage of Stonewall, but on July 1, while the riots were still underway, it reprinted the initial New York Times story about the Kew Gardens bullies.

According to these stories, a “vigilante committee” of 30-40 Kew Gardens men, who claimed that they were “concerned for the safety of the women and children,” initially tried to use flashlights and patrols to harass the men who used the park for nighttime sex. In mid-June, however, after the cruisers “began to insist they had a right to be on public land,” the vigilantes chopped down fifteen dogwood trees, eleven London planes, a set of wild cherry trees, and other trees and shrubs. Three eyewitnesses reported that they had contacted the police to report on the vigilantes, but after officers visited the park and chatted with the men who were cutting down the trees, they left without making any arrests.

According to the New York Times and New York Post, one neighborhood woman called the vigilante actions a “dangerous infringement of people’s rights.” Another questioned the stated justification for cutting down the trees, asking, “What mothers and children are out at 1 o’clock in the morning?” The Parks Department Commissioner decried the criminal vandalism, estimated that the trees would cost $15,000 to replace, and promised action after an official investigation.

The American Civil Liberties Union called on the Mayor and Police Commissioner to “make it clear to all members of the police force that homosexuals have as much right to be in the parks as heterosexuals, and are entitled to the same degree of protection by the police.” The Mattachine Society of New York, a gay rights organization, described the vigilantism as “outrageous” and indicated that it was initiating a “Trees for Queens” fundraising drive to replace the ones that had been chopped down. The Times opined that “it is the job of the police to uphold all laws, not to stand by while destructive elements take the law into their own hands,” though its editorial sympathized with the “arboreal vandals,” declaring that “there are laws against public nuisances and indecent behavior which, if warranted, could have been invoked in this case.”

The mainstream press did not report on further actions taken by LGBT activists, though LGBT magazines and newsletters in California, New York, Illinois, and Washington, D.C., did. According to the Mattachine Society of New York’s July newsletter, gay activists planned to “patrol the park with dogs to prevent further harassment.” One month later, Mattachine announced plans to affix a metal plaque to one of its “Trees for Queens”; the plaque would describe the trees as “a gift from the homosexual people of New York to the people of Queens.”

After likening the vigilantes to fascists and the Ku Klux Klan, Mattachine also reported that it had filed complaints with the Mayor, Police Commissioner, Parks Department, and Queens District Attorney. Mattachine denounced as a “farce” the official investigation, which ultimately led nowhere because of noncooperation by the police and disinterest by the District Attorney, and called for the disbarment of a lawyer who had been serving as a leader of and spokesperson for the vigilantes.

We also know from LGBT (though not from mainstream) media sources that fifty years ago, on August 10, 1969, “approximately 100 homosexuals of both sexes, and heterosexual supporters, invaded the small park where the vigilantes had cut down the trees.” The demonstration, mistakenly described in some sources as having taken place on August 4, was sponsored by two gay and lesbian rights organizations that had been founded long before the Stonewall Riots: the Mattachine Society of New York and the New York chapter of the Daughters of Bilitis. Protesters wore lavender armbands, carried signs that declared “Homosexuals Have Rights—And So Do Trees,” listened to speeches by gay liberationist Marty Robinson and lesbian feminist Martha Shelley, and watched a performance of Shelley’s short play, “The Boys in Queens.”

Now that public attention has largely moved beyond the fiftieth anniversary commemorations of the 1969 Stonewall Riots, will the mainstream and LGBT public be interested in all of the other significant fiftieth anniversaries in LGBT history that are coming up? Stonewall was transformative because it contributed to the LGBT movement’s mass mobilization, political radicalization, and social diversification, not because it instantaneously changed the world. Recognizing this month’s fiftieth anniversary of the 1969 Kew Gardens demonstration against antigay vigilantism would be a way of signaling our understanding that Stonewall would never have transformed the world if it had not been followed by a massive wave of LGBT protests in the weeks, months, and years that followed the riots. It also would remind us that for at least one short period of time in 1969, the public recognized Queens as central to LGBT history and politics. 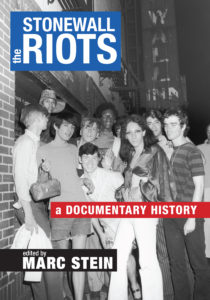 Marc Stein is the Jamie and Phyllis Pasker Professor of History at San Francisco State University. His most recent book is The Stonewall Riots: A Documentary History, now available from NYU Press. For primary sources on the Kew Gardens vigilantes and hundreds of other topics in U.S. LGBT history (1965-1973), see Documenting the Stonewall Riots: A Bibliography of Primary Sources.

Featured image by Sephelonor on Pixabay