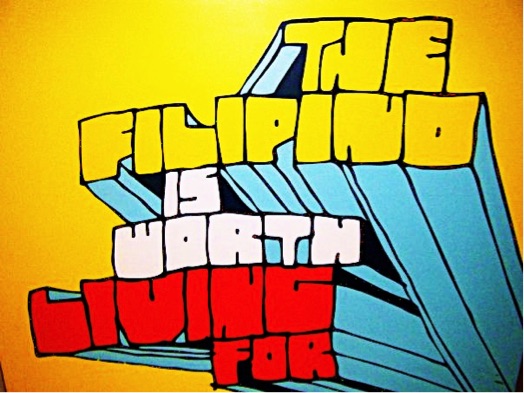 On April 5, The New York Times featured the op-doc “Conversation With Asian-Americans on Race”. It included Asian Americans of different ethnicities and religions testifying about the impact of race on their lives—being called “chink”, being bullied and beaten by classmates, even being likened to Saddam Hussein. As a Filipino American, I appreciated the extension of racial discussions beyond the black-white binary; however, I was disappointed that no Filipinos were featured, even though we are the second-largest Asian American group in the country. The omission of Filipinos speaks volumes about the narrow ways that the media understands Asian American experiences.

At nearly 3.5 million people, the Filipino American population is second only to Chinese. There are twice as many Filipinos as there are Japanese, Korean, and Vietnamese. The statistics suggest that Filipinos would be featured regularly in news stories about Asian Americans. However, in the 1,126 New York Times articles archived under the subject “Asian American,” only 6% mentioned Filipinos (often times only nominally). One might contest that this is a matter of geography—Filipinos settle in the west coast more than New York. But even among newspapers in California, where Filipinos constitute the largest Asian American group, the pattern is the same.

There is a reason for this glaring omission. As Min Zhou and I discuss in our new book Contemporary Asian America, Asian Americans are a culturally, linguistically, and economically diverse group, but the media’s portrayal of them remains relatively one-dimensional. The media marginalizes Filipinos because they don’t fit their prescribed definition of Asian American identity.

Because the Philippines is a former United States colony, Filipinos are socialized by American norms long before stepping foot onto U.S. soil. Around 90 percent of Filipino immigrants speak English proficiently, a much higher rate than for Chinese, Korean, and Vietnamese. Unlike other Asians, U.S.-born Filipinos are overwhelmingly monolingual English speakers. To the media, Filipinos are “too American” to fit the “quintessential” Asian American experience.

Filipinos are also omitted from Asian American stories because their cultural experiences align more with Latinos. Three centuries of Spanish colonialism left a footprint on the ethnic culture of Filipinos. Over 80 percent are Roman Catholic. Many everyday words in the Filipino language are from Spanish. Most Filipinos have Spanish surnames like Gonzalez, Rodriguez, and Torres. These cultural influences shape the racial experiences of Filipino Americans today. Many of the Filipino Americans that I interviewed for my book The Latinos of Asia: How Filipino Americans Break the Rules of Race spoke about being perceived as and treated like Mexican Americans in their schools, neighborhoods, and workplaces, which wasn’t always necessarily a negative experience. For instance, the Spanish connection allowed many Filipinos to develop deeper social connections with the families of their Latino friends.

I understand that the producers of the op-doc frontloaded with stories of racial victimization to counteract the Asian American model minority stereotype. I also understand that a seven-minute op-doc cannot encapsulate all Asian American experiences. Even so, the Asian American racial experience is more than just their subordination to whites. The Filipino Americans I met while writing conducting my research for Contemporary Asian America and The Latinos of Asia are a testament to this. Filipino Americans in Los Angeles were not always negotiating race vis-à-vis white Americans; they were doing so in relation to Asians, Latinos, and other people of color. Psychologist E. J. R. David has found that Filipino Americans experience racial microaggressions not just from whites, but also from other Asian Americans, who sometimes don’t consider them to be “real” Asians. David too has expressed his discontent with the op-doc in a Psychology Today article, which within a week was shared social media by over a thousand people, including Pulitzer Prize-winning author Junot Díaz.

Filipinos’ narratives of race provide an example on a more nuanced version of 21st century Asian American experiences, one that does not rely on white Americans as the primary reference group. By highlighting “new” Asian American stories that move beyond the overused “perpetual foreigner” or “model minority” frames, the media may develop a more comprehensive understanding of race relations in an increasingly diverse United States.

Anthony C. Ocampo is assistant professor of sociology at California State Polytechnic University, Pomona, and a Ford Foundation Fellow at University of California, Riverside. He is the co-editor with Min Zhou of Contemporary Asian America (NYU Press, April 2016) and author of The Latinos of Asia: How Filipino Americans Break the Rules of Race (Stanford Press, March 2016). Follow him on twitter at @anthonyocampo.