Recently, Americans elected Barack Obama as President for a second term. When Obama began his first term, economic disparities between blacks and whites were alarmingly wide. Black unemployment, poverty, and homelessness were twice that of whites. Wealth accumulation for blacks was one twentieth of what it was for whites. A similar disparity existed for Latinos/as. During the last four years, the gap widened.

It’s important to recognize that racial inequality today is a reality. There is no such place as a post racial America. While the causes of racism are more complex than they were under discriminatory laws of the Jim Crow Era, today this divide is primarily caused by choices that result in economic hardship, housing isolation, education inequity, and criminal justice stereotyping. 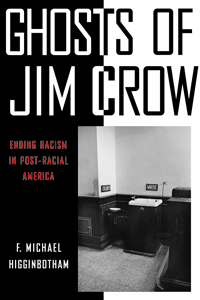 One choice is exemplified in the story of Tim Carter and Richard Thomas, arrested in 2004 in separate incidents three months apart in nearly the same location in St. Petersburg, Florida. Police found one rock of cocaine on Mr. Carter, who is white, and a crack pipe with cocaine residue, on Mr. Thomas, who is black.

Both men claimed drug addictions, neither had any prior felony arrests or convictions, and both men potentially faced five years in prison. Mr. Carter had his prosecution withheld, and the judge sent him to drug rehabilitation. Mr. Thomas was prosecuted, convicted and went to prison. Their only apparent difference was race.

Another choice is reflected in the pattern of property ownership and the fact that whites continue to embrace the “tipping point” notion in housing integration. “Tipping point” bigotry inspired Jeremy Parady, who pleaded guilty in 2005 to conspiracy to commit arson in a series of fires in a new housing development in Southern Maryland. Parady admitted that he set fire to this development because many of the buyers were blacks and the surrounding neighborhood was mostly white.

While these disparities have been persistent, they need not be permanent. As a long term strategy, let’s equalize funding for public schools, prohibit racial profiling, eliminate laws that have a severe racially disproportionate impact, redefine our notion of racism to include negligent acts, criminalize intentional acts of racism, and increase integration in neighborhoods and schools. Such changes would go a long way to reducing current racial inequities.

For now as a start, let’s pass the American Jobs Act which contains several components that would reduce racial inequality in employment. First, the act is aimed at revitalizing and rebuilding communities where unemployment has risen most sharply, especially urban areas. Many such areas have a high percentage of black unemployment. Second, the act is aimed at neighborhoods where the foreclosure rates are highest. This includes many areas with high concentrations of blacks. Third, the act is aimed at decreasing youth unemployment by creating summer and year-round jobs for impoverished teenagers and young adults. Many of these youths are black with little chance of finding employment under current economic circumstances.

Too many Americans are hurting under this extended economic slump. Blacks and Latinos/as have been particularly hit hard with unemployment near 15%. Healing the racial divide must begin soon. Stopping the bleeding in employment discrimination must begin now.

F. Michael Higginbotham is the Wilson H. Elkins Professor of Law at the University of Baltimore School of Law. He is the author of Race Law: Cases, Commentary, and Questions and Ghosts of Jim Crow: Ending Racism in Post-Racial America (forthcoming from NYU Press, March 2013).