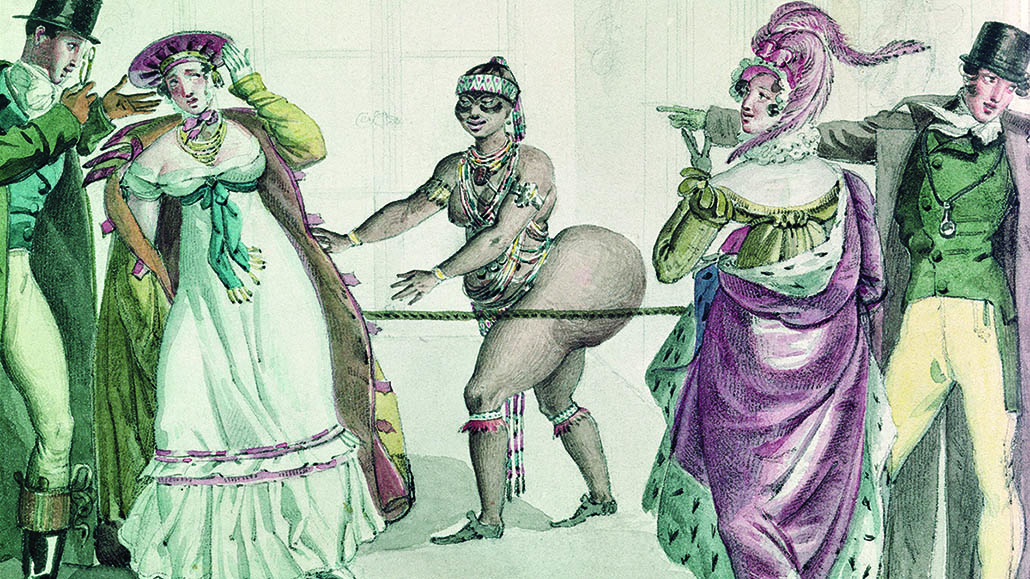 Since my book Fearing the Black Body: The Racial Origins of Fat Phobia was released, I’ve been fortunate enough to have been invited to speak on multiple radio shows and podcasts. The level of interest in my work has been incredible. And yet, I was not prepared for the frequency with which I have been hit with one question: But what about fat people who aren’t Black?

I can see how a book with a title like Fearing the Black Body might give the impression that fat phobia is something that only affects Black people. However, this is clearly not the case, and it is not what I am suggesting by any means. Fat phobia affects everyone. But in the Western world, it was rooted in anti-blackness.

In the early days of the transatlantic slave trade, skin color was the key physical attribute used to mark race. Slave-holders were white, slaves were Black. By the late 18th century, colonists and race scientists recognized that using skin color for purposes of colonial administration was untenable, given the furious (if furtive and often coercive) interracial sex in the colonies. They invented new ways to identify a person’s race. They thought Black people were more animalistic than white people. That they lacked self-control, discipline, or rationality. Ergo, so the (pseudo)science went, they are fond of sex, alcohol, and food. This, they claimed, made Black people unacceptably fat.

What developed over the next several decades were racial scientific treatises purporting to prove Black people’s supposed inherent inferiority as coded in their “excessive” size. Stories of circus-like feats of consumption were published throughout France, England, and the U.S., partially as justifications for the ongoing enslavement of these “animalistic” (non)humans. More frequently than not, the fat Black people described with such derision were women. The idea was that Black men preferred fat ladies, so Black women were encouraged by their men to eat and grow thick.

How does this affect non-Black persons? Men? Thin persons even? The point of degrading Black women-as-fat was to provide a disincentive for anyone to become fat.  In the U.S., mainstream publications such as the Washington Post and the New York Times wrote articles in praise of slender white women. These were intended as much to elevate the women in question, as it was to remind readers of what is good and proper for like-minded white persons. In this way, race—as I describe it in the book—was a “double agent.” That is, race and racism served not only to degrade (fat) Black people, but also to discipline white people and any other non-black folk who hoped to be accepted in a largely-white society.

It is important for us to keep in mind, as Black scholars since Sojourner Truth and later W.E.B. DuBois have articulated, that Black history is American history. The book tells the story of how fat stigma was instigated as a form of anti-blackness. But, when it became widespread, it was applied to all Americans. People of all races hoping to get by in polite white society had to prove they were better than racial inferiors by maintaining appropriately svelte physiques.

Today, there is no community in America that can claim to be untouched by the twin regulatory forces of thin privilege and fat stigma. They are the carrot and stick regulating all our bodies. 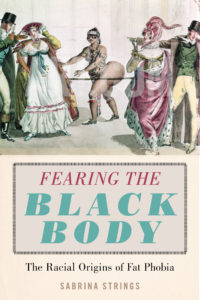 Featured image is taken from the cover of Fearing the Black Body: The Racial Origins of Fat Phobia by Sabrina Strings. CHT166096 The Hottentot Venus in the Salon of the Duchess of Berry, 1830 (w/c on paper) by Coeure, Sebastien (1778-p.1831); Private Collection; (add.info.: La Venus Hottentote dans les Salons de la Duchesse de Berri; brought to Paris as a curiosity in 1829;); Archives Charmet; French, out of copyright.