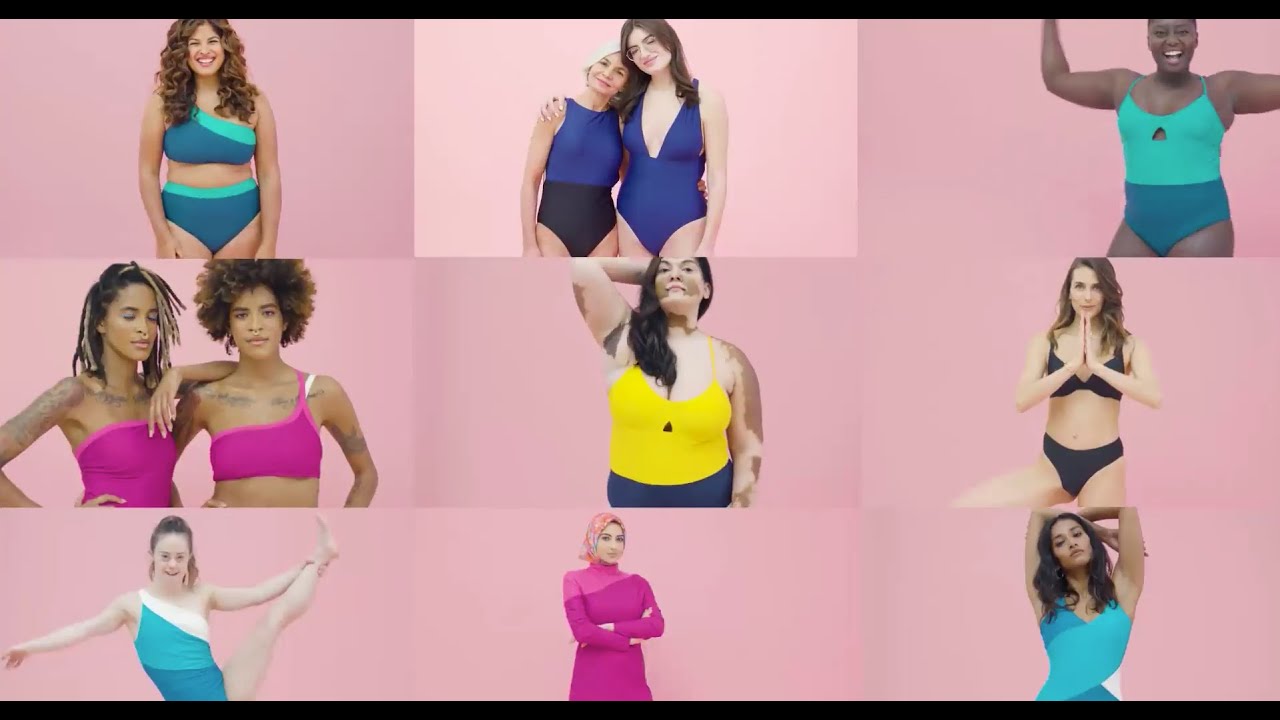 During this hot New York City summer, subway riders have been exposed to Summersalt advertisements, which feature bikini-clad tattooed models—among their diverse range of body types represented through the images. Tattoo representation in the media has been expanding quickly since I published my book Covered in Ink: Tattoos, Women and the Politics of the Body (2015). When I followed up on the research by writing an article on the tattoo television show LA Ink, reality shows featuring tattoo studios, cooking programs, and sports were the primary places tattoos were seen in the media.

Since then, tattoos continue to seep into other areas of representation—such as the Summersalt advertisements in which people of different shapes, sizes, abilities, gender identities, races, ethnicities, and body modifications are portrayed. In my book, I cited the Harris Poll (2015) that shows one third of Americans now have tattoos, “and most don’t stop at just one.” Therefore, targeting tattooed people makes good marketing sense, so long as it remains somewhat in the background rather than featured explicitly, as heavily tattooed women can potentially continue to offend a general audience.

In my current research, which has evolved to examine tattoos in the professional (academic) work environment, tattoos are indeed expanding further than the stereotypical underground expectation of past decades. Nowadays—from the media to everyday life—we see folks with tattoos that continue to surprise us: swimsuit models, mothers, and our professors.

However, though tattoos have saturated the population and moved up the social class hierarchy, they continue to be hidden in these places, specifically because the negative stereotypical representation trails behind the reality of who is tattooed in our contemporary society. While some of the Summersalt ads in the subway ads feature tattooed models, such inked representation quickly falls away upon viewing the website models, where no ink is to be found. We are returned to diverse bodies without ink, and thus, the tattooed images were targeted towards a particular audience, while redirecting such viewers to a more normatively non-inked body on the primary company website.

In my book, I argued that tattoos historically have been associated with deviant masculine subcultures such as the military or prison environments. Therefore, for women to begin collecting tattoos, they not only flirt with social deviance, but with masculinity as well. While women have now become the gender with higher percentage of tattoo collecting in the general population, these tattoos continue to be appropriately gendered feminine by remaining small, cute, and hidden. When these parameters are violated, women not only face social sanctions for becoming tattooed, but they also receive social messages that their tattoo violates proper gendered behavior for women. When women collect large, visible, and “ugly” tattoo images—such a large snake or skull on the forearm—they begin to receive messages, often from strangers on the street, that “they’re such a pretty girl, why would they ruin their body like that?”

Since publishing Covered in Ink, women with tattoos—including “heavily tattooed” female bodies, have continued to be normalized throughout American society. Yet, the development remains uneven, so that continuing social sanctions towards women for decorating their bodies in a manner deemed masculine and “ugly” do rear up. Having ads such as the Summersalt campaign of placing a diverse array of bodies in their swimwear addresses the feminist ideal that “any body is a bikini body,” by specifically portraying the types of individuality they mean and making folks who identify with that appearance feel included.

In one video advertisement, Summersalt’s 2019 campaign features three models with visible tattoos: two African American women with visible tattoos covering their arms, a white woman with a shaved head with two small tattoos on her forearms and two large tattoos on her upper thighs and feet, and an Asian woman with a large tattoo on her upper thigh. When the models speak, they do not mention tattoos, but other aspects of their identity: gender fluidity, insecurity, and natural curves. In my book, I talk about the intersection of being tattooed with other marginalized identities. Placing tattoos on top of an identity already facing discrimination can amplify the social sanctions. For example, young white, middle-class women have leeway to be artistic or quirky with their tattooed appearance, especially if they are quite feminine otherwise. The women in this particular Summersalt ad featured on their YouTube page have other identities that intersect with their tattoos perhaps differently. For black women, having extensive tattoos may be read in a way associating them with criminality or deviance. For the gender fluid model, having tattoos promotes the association of being tattooed with lesbianism. Asian American women in my research were the ones to hide their tattoo ink most extensively—even from parents—and this Asian American Summersalt model’s tattoo is in a place where only a swimsuit would expose it. Therefore, it’s one thing to be a feminine white woman with one small tattoo. However, aligning tattoos along with additional marginalized identities causes complexities in the social worlds of these tattoo collectors that are often erased.

Especially for those of us with identities that are routinely excluded from media representation—for me, a mixed-race Chinese and white, heavily tattooed professor—seeing a glimpse of something personal and familiar is an invitation: to the community, the product, or the sensation that the ad is selling. On the other hand, advertisement is simply psychological manipulation for marketing and selling products. The mixed issue of analyzing advertisements is that it is important for American companies to target the diverse population of the country, but the price of inclusion is recognition that we also have money that the companies want. 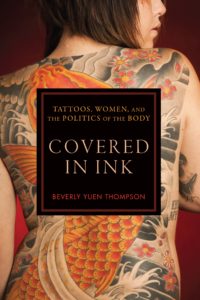 Beverly Yuen Thompson is an Associate Professor of Sociology at Siena College in Albany, New York. Her research focuses on gender and deviant subcultures, including women in the tattoo community. She is the author of Covered in Ink: Tattoos, Women and the Politics of the Body, avialable from NYU Press.