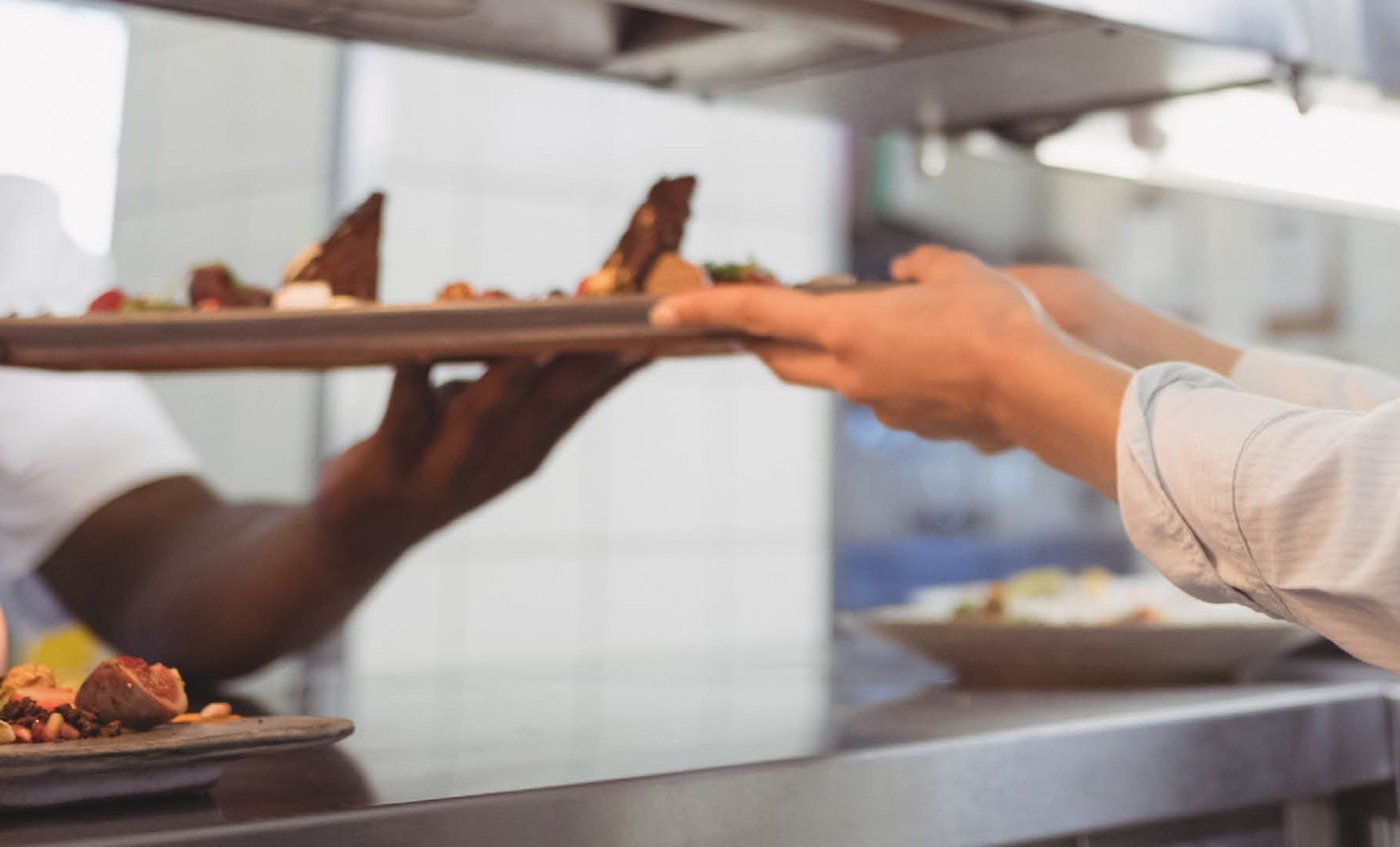 I cannot imagine a more bewildering time to be releasing a book about restaurants and restaurant work.

As I write this, each of the Los Angeles-based restaurants in which I spent countless hours working while researching my book are shut down for on-premise dining and forced to operate as makeshift takeout windows. They are struggling to avoiding becoming one of the roughly 110,000 restaurants that have completely closed during the pandemic. Many of my former coworkers, from the white servers and bartenders who would buy rounds of beers after work and the Latino cooks who greeted me by my nickname (Leche and Jefe) at the start of each shift, are either out of a job or have left the industry or some combination of the two. There is much talk on social media about when things will return to “normal.” But for the restaurant workers I know, this won’t be a return to the normal bustle of their former workplaces; normal will more likely involve searching for new jobs, new skills, and new lines of employment.

A colleague pointed out to me the other day that Front of the House, Back of the House will be remembered as a swan song to the restaurant industry in Before Times, when urban oases of food and drink were flush with vitality and a beautiful messiness spilled out on all sides of dining tables and across bar tops and chef’s counters in metropolitan centers. If this is the case, I hope my book will also serve as a necessary rejoinder to this romanticized nostalgia for the industry’s near-past. This is because restaurants are also settings of labor where social inequality thrived in the shadows—reinforced and reproduced anew through the discriminatory hiring standards and supervisory tactics of management as well as the simmering tensions between coworkers stemming not only from job titles and earning disparities but also status distinctions of race, class, and gender. As the book shows, upscale restaurants are workplaces where tips flow liberally but get distributed mainly to white and class-privileged servers and bartenders in the front of the house; where basic kitchen jobs can be had in exchange for hard work but often result in the subordination of immigrant Latino men under credentialed white male chefs. This mundane, business-as-usual inequality operating within restaurants seldom appears on the menu for guests to see. But it defines what workers experience in this employment setting all the same.

During the pandemic, talk of the resilience of the restaurant industry and its workforce has been commonplace. Restaurants have donated food to feed first responders just as they have spearheaded charity donations to help their local communities. This reminds us that despite their many imperfections, there is joy and optimism that also live within the walls of any successful restaurant. In my book, I detail how mentorship, camaraderie, and job advancement are important aspects of what some workers experience within the industry alongside the forces of racialized and classed exclusion. In particular, the children of Latino immigrants employed in restaurants provide an illuminating example of how structural forms of disadvantage exist alongside context-specific advantages (e.g., bilingualism and familiarity with broader American culture). Determined to get ahead in the restaurant job hierarchy, I show how some of these workers, such as a 28-year-old Mexican American man named Pedro, start at the bottom of the ladder as dishwashers, cleaners, and bussers but are able to progress upwards by demonstrating their value to managers. While Pedro became the point person between English-speaking and Spanish-speaking worker cohorts, others assumed hybrid roles cooking food and serving guests which led to raises and sometimes supervisory promotions. Many of these individuals were proud of how far they had come and the skills they had picked up along the way, often enabled by specific employers, managers, and coworkers willing to guide their progress.

All the more tragic to note that roughly 1.5 million restaurant workers still do not have their jobs back, and that number may be increasing again. Noam Scheiber has recently written of the devastation of the “restaurant industry’s middle-class,” but he neglected to mention that for workers such as Pedro, attaining these jobs often rested precariously on the value they had demonstrated directly to superiors—not on formal credentials. Losing these jobs may take years to recover from, a process only made worse by the current deadlock in Congress over an aid package that promises to bring some relief to many restaurant workers.

My hope is that the ongoing impacts of the pandemic on the restaurant industry will give readers all the more reasons to savor the pages of Front of the House, Back of the House. This book helps us appreciate just how much the labor worlds within restaurants have been violently disrupted. Let us hope for a silver-lining—that the process of rebuilding restaurants will be done in a way that extends advancement opportunities to all workers. We can feast on take-out until then. 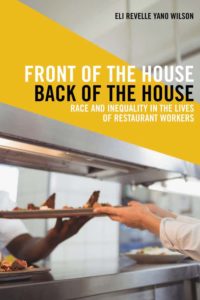 Eli Revelle Yano Wilson is Assistant Professor of Sociology at the University of New Mexico. His research examines how social inequalities are both reproduced and challenged in urban labor markets. Born and raised in Honolulu, Hawai‘i, Dr. Wilson received his BA from Wesleyan University in Connecticut, and completed his graduate studies in sociology at the University of California, Los Angeles. His book Front of the House, Back of the House: Race and Inequality in the Lives of Restaurant Workers is now available from NYU Press.